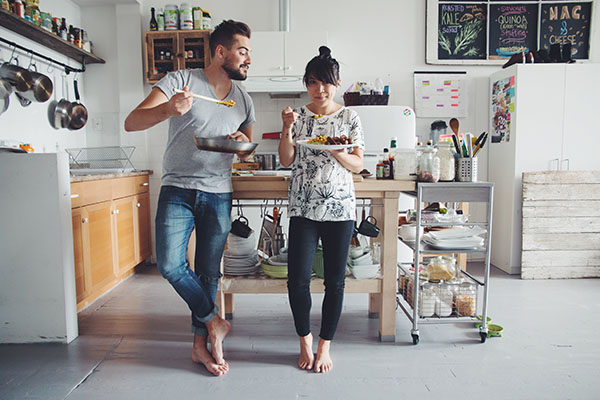 In 2014, Canadian TV personality Lauren Toyota decided to take a leap of faith in her career.

She quit her job and began working full time on her vegan cooking blog. It was a daring leap, but she’s been soaring ever since.

“This big dream that I’ve always had for half my life happened, and I loved it. But I loved it, I will be honest with you, for kind of a short time,” Toyota tells the Nikkei Voice. “It kind of expired while I was doing it. I felt very unsatisfied in terms of creativity, when you make this dream come true and it’s not entirely what you expect.”

Since Toyota was a teenager, and watched MuchMusic, she knew working on the channel was what she wanted to do.

The 34 year-old began her career in television over 10 years ago when she saw a posting for a job with MTV Canada in Vancouver. She sent in a homemade audition tape showcasing her bubbly personality and got the job, hosting a youth lifestyle show called 969 on Razer.

In 2008, despite nabbing a B.C. film and TV industry’s Leo Award nomination for best host in a youth program, the show was cancelled. Toyota moved back to Toronto, feeling jilted that her television career was halted so abruptly. For a year and a half Toyota did not have a steady job in television, and decided to look for side projects.

One of her aspirations was to become vegan, so she embraced it by creating and experimenting in the kitchen. Toyota started a blog, called hot for food, with recipes and tips on becoming vegan.

Toyota’s love for cooking began when she became a vegetarian at the age of 12. She would cook meatless meals for herself, as well as helping her mother in the kitchen, who also enjoys experimenting with new recipes, says Toyota. 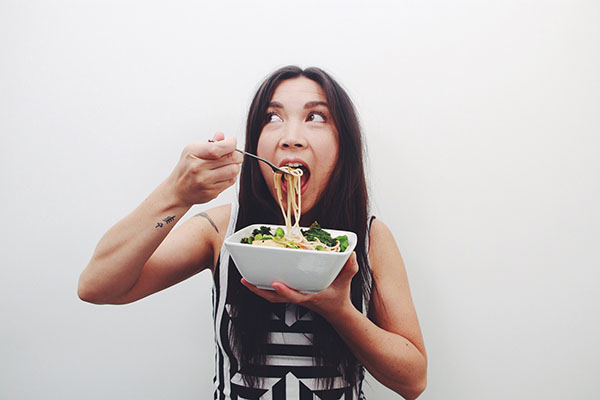 For a time, blog was pushed to the side when she got her dream job as a host on MuchMusic. During her four years on the channel she interviewed celebrities like pop star Katy Perry, British boy band and teen heartthrobs; One Direction and Canadian singer Lights, among countless other musicians. As well, Toyota hosted Canada’s biggest music award show: the MuchMusic Video Awards (MMVAs) four years in a row. The show, which shuts down John St. in downtown Toronto, hosts the most popular performers of the year singing their hit songs.

But when Bell Media, which owns MuchMusic, announced massive cuts to its programming, including the loss of 91 staff positions at three of its channels including E!, MTV, and MuchMusic, Toyota decided that it was time to leave the channel.

“I always had this vision of how I thought working in television would go, and by the time I got there, the industry was very, very different,” she says.

“So I started feel the expiry date on that and wanted to move forward, but I never had a new plan.”

She embraced her blog fulltime, and started a YouTube channel, called Lauren in real life, with the TV skills she learned from MuchMusic and the connections and following she built from her blog five years previous. Toyota says she now feels the freedom to create whatever she wants.

“When you work for this big company, you’re always pushed in a direction by someone else, or you’re always seeking approval, and being told ‘no.’ It was just kind of strange for me to have the net wide open and be able to do whatever I wanted,” says Toyota. “This almost stops you at the beginning; you don’t know what to do.”

Toyota says she’s not looking back and is ready to be as creative as she can. Her YouTube channel has over 100,000 subscribers, and collectively her videos have over 6 million views.

Toyota is still working on TV, with her partner, John Diemer, as the only vegan contributors to the Food Network, as well as being featured on CTV’s The Social and Breakfast Television. She’s also appeared in magazines like Women’s Health magazine, House and Home and Flare.

“I’m just getting to be the most creative I’ve ever been, and really getting to learn how to trust myself which was something I couldn’t always do in television, because I had so many other people and voices kind of in my way,” says Toyota. 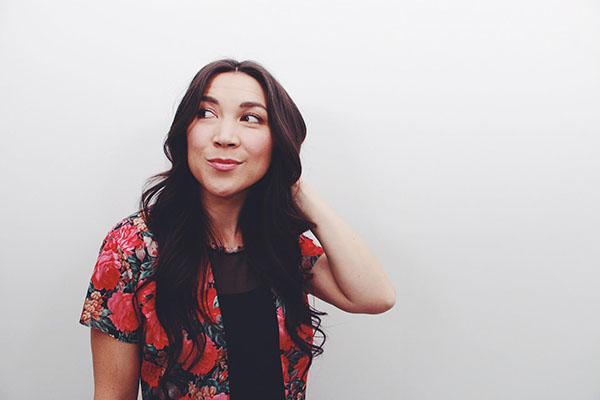 Toyota points out that the reason she was able to make this move out on her own and create an online community without a major company behind her is because of advice she received about being a racial minority working in front of the camera.

“I just always knew I should learn a lot more than what I’m being told to learn,” says Toyota. “With a sense of if I know how to do multiple things, then I’m not going to get thrown off as a TV host because I don’t have the right hair colour, or I’m not the right race. Those things play into being an on-camera person, and they seem superficial and they’re fickle, but if you have all these other skills you can transfer them into anything.”

Using her time at MuchMusic, Toyota learned as many skills and roles as she could, from producing, to editing, filming, writing and photography, skills that could be applied anywhere. Toyota learned to see her diversity as an asset that made her different on screen, despite the bulling she experienced as a child.

Armed with the technical skills she learned at MuchMusic, her charming on-screen (and off-screen) personality and passion for cooking, now Toyota is unstoppable.

Her next challenge is compiling a cookbook slated to come out in the New Year, filled with recipes, photos and personal anecdotes like her blog.

“I never thought I would make a book. A book wasn’t on my ‘to do list,’ or bucket list, probably because just the magnitude of the project freaked me out and I was like I don’t know if I want to do that,” says Toyota.

“But not only is it the logical next step, I think it’s really incredible creative thing for me to dive into. If I can do this, then I can literally do anything, I think.”

Check out hotforfoodblog.com for more recipes like the once below. 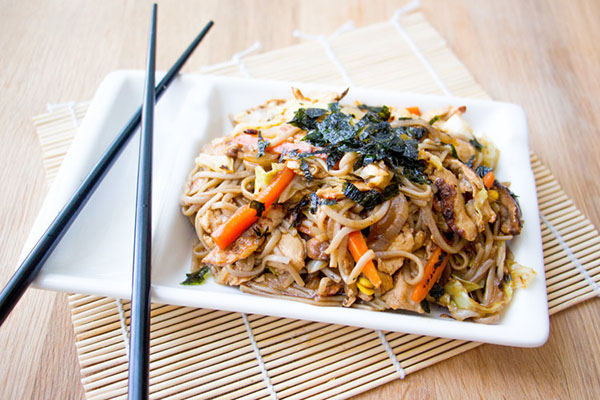 Toyota’s recipe for vegan-ized yakisoba as well as a handful of other recipes can be found on hotforfoodblog.com (Photo courtesy: Lauren Toyota).

In June we have the annual Toyota family picnic. It’s lots of fun and there’s lots of Japanese food but of course, nothing for a vegan. I’ve never really made traditional Japanese food before, but this was the perfect opportunity to try and veganize one of my favourite Japanese dishes and then fool the family. Yakisoba would normally have oyster sauce, chicken, and sometimes even egg noodles. This vegan version totally fooled everyone and it was a delicious hit!

In a sauce pan on medium-low heat, whisk together all of the ingredients. Continue whisking until the sauce is brought to a low simmer, then remove from heat and set aside.

2 C chopped savoy cabbage (approx. half of the head)

Chop all of your veggies in advance and have everything prepared and ready to stir fry.

Bring a pot of water to a boil for the noodles. Cook for 5-6 minutes, then drain, and run under cool water using your hands to rinse and separate the noodles.

Heat 3 tbsp of grapeseed oil in a wok (or large frying pan) to medium-high heat.

Fry your yellow onion for 3 minutes. Then add in minced garlic and the veggie chicken strips.

Brown up the veggie chicken strips in the pan for approx. 6-8 minutes, then add in your veggies and grated ginger.

Stir fry everything for another 6-7 minutes or until the cabbage, mushrooms, carrots, and bean sprouts are softened but not over cooked. During this cook time you might need to add 1 more tablespoon of grapeseed oil if things are sticking to the pan.

Lower the heat to medium and toss in the noodles and the yakisoba sauce, stir frying everything in the wok for another 3-4 minutes.

Place yakisoba in a serving dish and top with crushed roasted seaweed.