Learn about the most common messaging app in Japan

What messaging apps do you usually use? The answer actually probably depends on which country you’re from.

In Canada, Facebook Messenger and WhatsApp are the most commonly used. In addition, Facebook purchased WhatApps for $19 billion. Now, WhatsApp is the most popular in the world, especially in Latin America and Europe.

WeChat was made in China and it has a large number of users, mainly in China, but it’s starting to expand into new territories.

What about in Japan?

In Japan, most cellphone users now use an app called LINE by LINE Corporation. It’s pretty hard to find someone who doesn’t have LINE in Japan, with 71 per cent of the market share using the app according to Onavo Insight in 2013. The number of users continues to increase. Of course, I also have it and use it to contact my family and friends.

Just recently the company filed for an initial public offering in the United States, which means there will be a stronger North American influence on the App’s South Korean owner Naver.

For us that means LINE could be coming to North America soon. With the 480 downloads last year (a 140 per cent jump) Canadians could be adding a new icon to their touch screens.

LINE has free messaging, group chats and free calling capabilities like any other messaging app.

Something that differentiates LINE is that it has countless stickers and emoticons to express feelings more enthusiastically to the recipient of the message. The number of stickers available is over 10,000. Also, there are a lot of exclusive stickers depending on where you live in. For example, LINE has stickers that can only be downloaded on Easter Day and some that download only in America. Similarly, you can download the stickers of Korean idols and singers when you are in Korea.

Moreover, you can get stickers related with Japanese animation, manga and Japanese characters such as Dragon Ball, Hello Kitty, Studio Ghibli Tamagotchi and more.

Recently, LINE has taken new turns adding game apps, animations and original content, adding to the company’s repertoire. You can enjoy playing games while comparing scores with other LINE users.

As the circle of messaging apps is getting big, LINE has faced threats of two big competitors. WhatsApp, which is the biggest in the circle has simple functions, while WeChat has also started to conquer the messaging world with its ample funds.

Otherwise, the strong point of LINE is its diversity and its unique approach, making it more than just a messaging app. You can decide your messaging app of choice from the great deal of options I mentioned.

It appears that LINE may break into the Canadian market sooner than you may think. 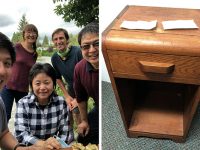 The journey of a piece of furniture and family history
January 15, 2021 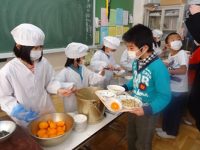