Learning how to move forward versus moving on 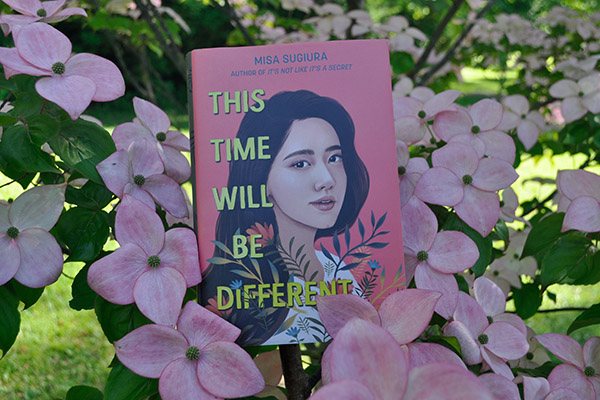 SILICON VALLEY — Ideas for Misa Sugiura‘s book, This Time Will Be Different, began with the student protests at Princeton and Yale over campus buildings named for historical figures with racist pasts.

Names and legacies raised questions about forgiveness for Sugiura. How do mistakes from the past trickle down through families, and affect generations later, both of victims and perpetrators? How can they move forward, while still acknowledging the past?

“Like many people of his generation, [my uncle] really didn’t have a lot to say about internment. He was kind of a quiet person to begin with. It was this whole big part of his life, and he just sort of buried it and moved on. It was like we were grieving that one small part of him, as well as the rest of his life,” Sugiura tells Nikkei Voice in a phone interview.

This was the Sugiura’s second book. Her first book, It’s Not Like It’s A Secret (2017) received critical praise and won the Asian/Pacific American Award for Young Adult Literature. 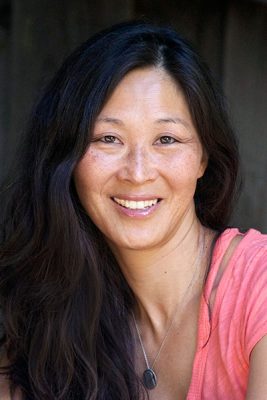 Misa Sugiura is the author of This Time Will Be Different and It’s Not Like It’s a Secret. Photo courtesy: Misa Sugiura.

CJ’s mother, Michelle, announces her plan to sell the shop to the same family who bought the store from CJ’s great grandparents for next to nothing when they and 110,000 other Japanese Americans were interned during the Second World War. Her aunt wants to hold on the store as their only connection to their family history and her mother wants to just move on and sell it, and CJ finds herself torn between the two. Resenting her mother for having such a cavalier attitude towards the family store, she learns the store is hemorrhaging money and there is more than appears at the surface for both women’s reasonings.

Released in June, the book has already made many top reading lists for the summer. Readers have really responded to CJ, who breaks the model-minority stereotype often seen in young adult fiction. She is an Asian American who not a great student or high achiever, and struggles to live up to her go-getter mother’s high expectations.

“Younger people tend to respond to CJ’s imperfections,” says Sugiura. “They like that she messes up and pulls it back together again.”

“Younger people tend to respond to CJ’s imperfections,” says Sugiura. “They like that she messes up and pulls it back together again.”

“He’s bright, and he’s smart, but his idea of working hard is not the same as mine,” says Sugiura. “Part of the book was also me trying to take his perspective, and understand the perspective of someone who doesn’t want to disappoint their parents, but just can’t see the value in the way they’re supposed to be living their lives.”

While CJ struggles to meet up to her mother’s expectations, deals with the jealousy of her best friend spending time with her new girlfriend and embarks on her own love life, she also navigates complex ideas around inherited economic imbalances. She sees how some families in her city have profited from internment, by being able to buy Japanese American businesses and property for next to nothing and continue to profit off them to this day. She also sees the imbalances based on gender. Her mother, a VP at a Silicon Valley venture capitalist firm, overcomes boundaries women face in a workplace dominated by men.

While Sugiura explores themes of race, gender, sexuality and history, they are never heavy-handed. Instead CJ and her group of friends explore complex issues like real teenagers, by discussing, arguing, disagreeing and understanding each other.

“I really like to ask questions more than I like to provide answers. I hope that readers will start asking themselves the questions that I think are kind of central to the book,” says Sugiura.

For some readers, this may be their first time learning about Japanese American internment. Sugiura, who has a masters degree in education from Stanford University, says she wanted talk about internment on a personal level, through the lens of one family, and show that historical events do not happen in a bubble. She says she wanted to explore “the way [internment] affects generations afterwards, in the way we think about ourselves and the way we think about our government.”

While reviewing and editing the book, political conversations around the U.S. Border wall, the Muslim ban and registration were circling the news cycle. Sugiura echoes the events of her novel to current real world issues, exploring how similar events have happened before, with Japanese American internment and even further, the Chinese Exclusion Act. Sugiura lays out the paths that American society has already gone down, and asks her readers to consider how this time really can be different.

“I really like to ask questions more than I like to provide answers. I hope that readers will start asking themselves the questions that I think are kind of central to the book,” says Sugiura.

“We can’t forget, so how do we sort of carry that with us, without it dragging us down and without living in the past. How do you move forward, but also don’t forget?”