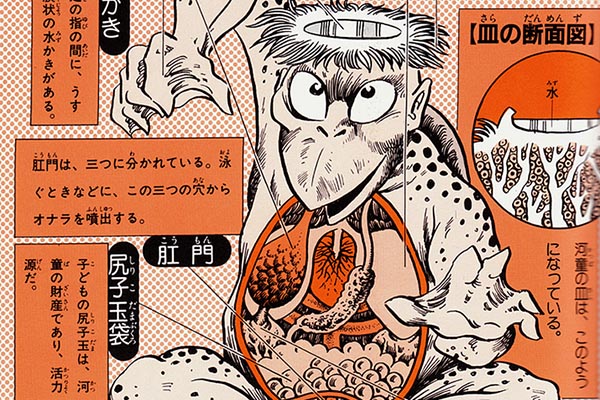 Manga artist Shigeru Mizuki believed that the yokai disappeared when the electric lights turned on in Japan, but it was under soft lamp light that a generation of readers read his manga Gegege no Kitaro.

On Monday, after a several weeks of battling injuries from a fall, Mizuki died at 93 years old.

Mizuki was considered a specialist in telling stories that involved yokai, or Japanese spirits. He is also considered to be one of the most influential manga artists in Japan alongside Osamu Tezuka.

He was also a member of the Japanese Society of Cultural Anthropology and engaged in fieldwork in over sixty countries exploring myths and mythos around the world.

“My only hope is to live longer, if only for another year or two,” Mizuki said at 83-years-old in an interview with the Japan Times in 2005. “You are too greedy if you have dreams at my age.”

Gegege no Kitaro was one of Mizuki’s most popular works and was first published in 1960 in the Weekly Shonen Magazine.

The protagonist of the story was a young yokai boy named Kitaro who was the last living member of his ghost tribe. The story follows him as he fights for peace between humans and yokai while finding new spirits in each issue.

With his background as a cultural historian and as a veteran of the Second World War, Mizuki was able to take on more serious topics including an illustrated biography of Adolf Hitler in the 1970s.

In an illustrated exposé entitled Darkness at the Fukushima Nuclear Plant, he looked at the mistreatment of workers at the power plant that is known today for its near-meltdown following the earthquake and tsunami in March 2011.

In Onward Towards Our Noble Deaths, he criticized Japan for its treatment of “comfort women” in military brothels and critiqued the use of suicide squadrons during the war.

“Mizuki-san experienced the war, came home alive and thought hard about what he should do with his life, then went out and did it,” Leiji Matsumoto, Space Battleship Yamato creator, told NHK.