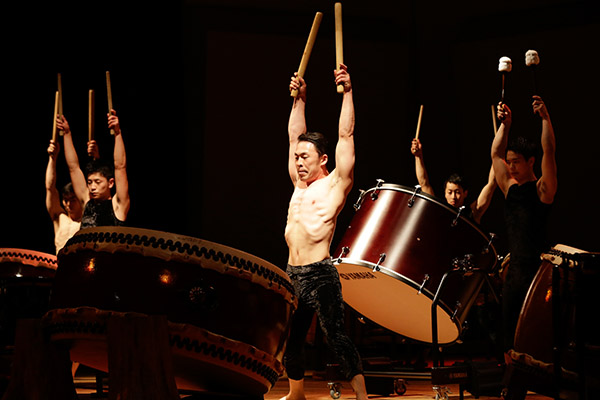 
Kodo visits Canada only once every four years, and will be in Toronto for one night only. Photo courtesy: Kodo.

TORONTO — Legendary taiko troupe Kodo is visiting Toronto for one night, and one night only to perform their 35th anniversary production of One Earth Tour: Evolution, at the Sony Centre on March 21.

The Japanese taiko group only visits North America once every two years, and makes a trip to Toronto once every four years or so.

Composed of 30 members, ranging for 21 to 64 years old, the group plays traditional taiko drums, as well as fue (bamboo flute), shamisen, koto and narimono (metal percussion instruments) and accompany their performances with singing and dance. 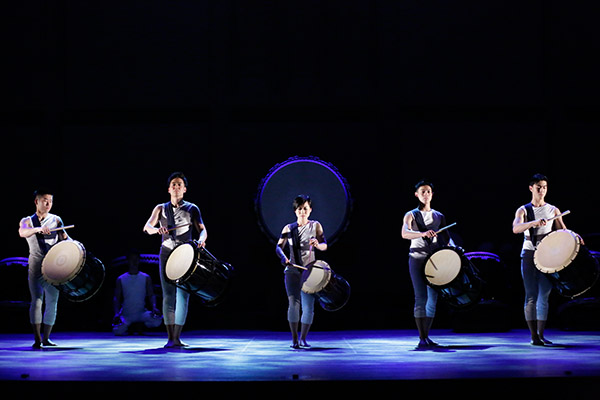 “Every time I see Kodo perform, I am inspired by their unparalleled dedication, athleticism, and dexterity,” says Mark Hammond, the Canadian promoter of Kodo for three decades. “They combine surgical precision and finesse with pulse-pounding strength and endurance. In One Earth Tour: Evolution, they push the boundaries further, exploring the limitless possibilities of the traditional Japanese drum and the fruition of the human spirit through music.”

One of the group’s youngest and up-and-coming performers, Yuki Hirata, spoke to Nikkei Voice with a translator while the group was in Los Angeles. He spoke about the Kodo’s upcoming show and the training that goes into each performance. To join the group, Hirata had to take part in the Kodo Apprentice Centre, which is a two year selection process. During that time, he lived in Kodo’s idyllic home of Sado Island, which is off Japan’s eastern coast. While there, he learned about taiko, Japanese traditional singing, dance and art. He and fellow trainees harvest their own vegetables and even grow their own rice as part of the training process, explains Hirata.

“It’s not only taiko drumming, but we also learn about the traditional Japanese lifestyle because that’s the very root of the Japanese traditional instrument,” Hirata says. 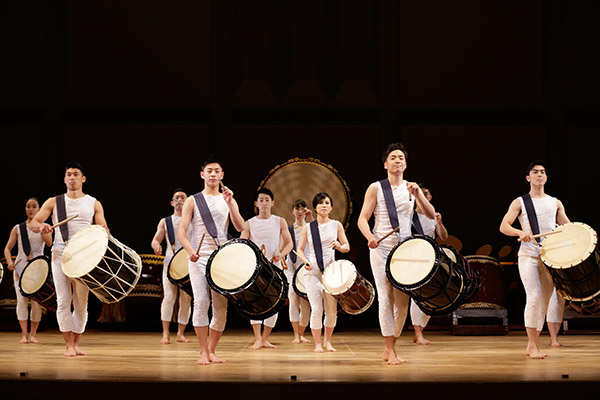 Since officially joining the group in 2018, Hirata toured with the group in Europe and now in North America—his first time touring in both continents. Since Kodo’s debut in 1981, the group has performed more than 6,000 times in 50 different countries.

“One of the very important things about us touring around the world is that we get to see a lot of different places and we get to meet a lot of different people in different countries,” says Hirata. “We learn about the culture of the places where we go and that inspires the performers to make new sounds on stage.” 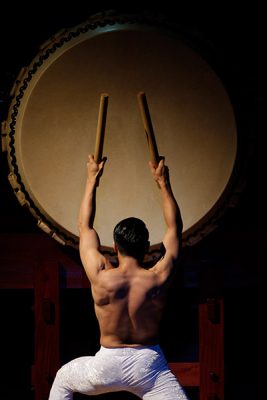 The One Earth Tour: Evolution will be artistic director Tamasaburo Bando‘s final production. The renowned kabuki performer has held the role since 2012, and in that year he was recognized as a “Living National Treasure” in Japan. During Bando’s time at the helm of Kodo, he has helped the group increase their repertoire and explore the taiko in new ways, says Hirata.

Kodo has made no announcement for a new artistic director yet. Hirata says he hopes for the future of the group, they can continue to implement the teachings of Bando, experimenting and trying new things, while still connecting with the basic essence of Kodo’s deep traditional roots. Kodo’s performances are full of vibrant sound and visual styling and each performance takes lots of energy, physically, mentally and spiritually. To keep that energy up as the group constantly tours around the world, Hirata says his love for taiko and the energy he receives from audiences keeps him going.

“We go all around the world to tour and show our production to different audiences and we give out that energy through our taiko,” says Hirata. “But we also receive more energy from the audience from their applause and their cheers. To see the house filled with the audience gives more energy to the performers and that keeps us going and going throughout the year.”

Kodo presents One Earth Tour: Evolution at the Sony Centre in Toronto on March 21, 2019. For more information, visit: sonycentre.ca