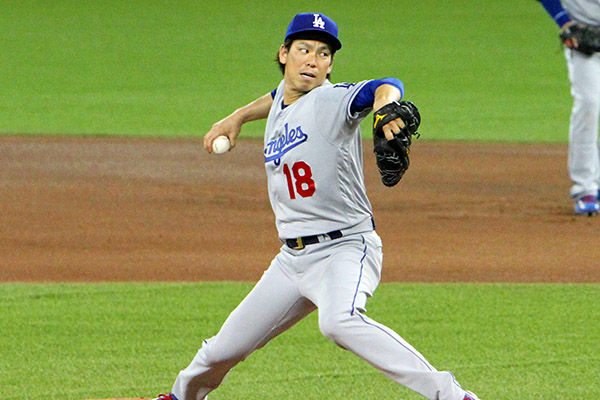 Kenta Maeda, one of the best pitchers in Japan, is coming soon to North America. Photo credit: Dr. Jonathan Eto.

Maeda’s salary will total $25 million over his eight year contract. It’s a low price for a pitcher of his calibre and a far cry from the salary of pitchers like former Blue Jay David Price who recently signed a 7-year $217 million contract with the Boston Red Sox.

Some of Maeda’s earnings will also depend on his performance. If he pitches well he could make up to $12 million in bonus pay each year.

Maeda’s peculiar contract might be due to preempting any medical issue that might arise. Maeda has never had a severe injury, but the MLB rotation system has proven difficult for Japanese pitchers.

In 2010, Maeda left his mark on history, he got a reward of the pitching Triple Crown, refers to the pitching achievement of leading a league in wins, strikeouts, and earned run average (ERA) as a youngest pitcher in Japanese baseball history.

In 2010, Maeda became the youngest person in Japanese baseball to earn the Triple Crown. The achievement is given to pitchers who lead the league in wins, strikeouts, and earn run average.

In addition, he also received the Sawamura Award, an honour for the top starting pitcher in Japanese professional baseball each year.

Overall, some have said that he’s on the same level as Yu Darvish and Masahiro Tanaka, but others differ.

According to a tweet from Jeff Passan, a lead baseball columnist at Yahoo! Sports, one scout said that Maeda is at best a fourth starter because of his relatively slow fastball.

Scout: Kenta Maeda mixes pitches well, but he's at best a No. 4 starter in MLB. Sitting 88-90, topped out at 91, no plus secondary pitch.

While his fast ball might be slower than other MLB pitchers, his strength is his slider and control.  His slider sweeps across the strike zone and generates fewer whiffs compared to other pitchers’ sliders because of his command.

According to Fox Sports, he walked only 1.9 batters per nine innings in more than 1,500 innings pitched in Japan.