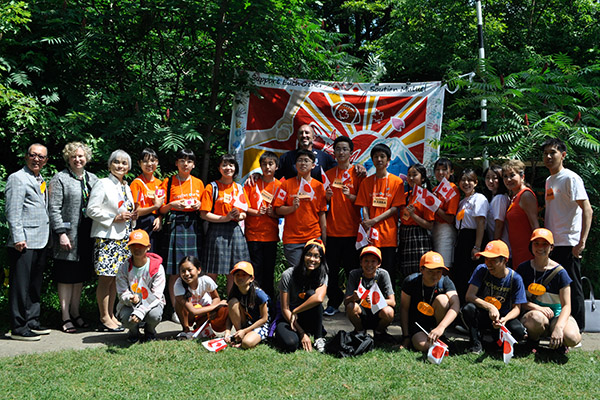 TORONTO — On a glorious summer day, Japanese students and Canadian summer campers spent the day outside in the garden, creating arts and crafts making new friends on July 23.

Spiral Garden is a summer day camp for children with and without physical disabilities at Holland Bloorview Kids Rehabilitation Hospital. A sprawling garden behind the hospital, it is filled with play structures, picnic tables and stations for every type of arts and crafts imaginable, from woodworking to clay sculpting. Despite the language barrier, the students and campers learned about communication and expression through art. 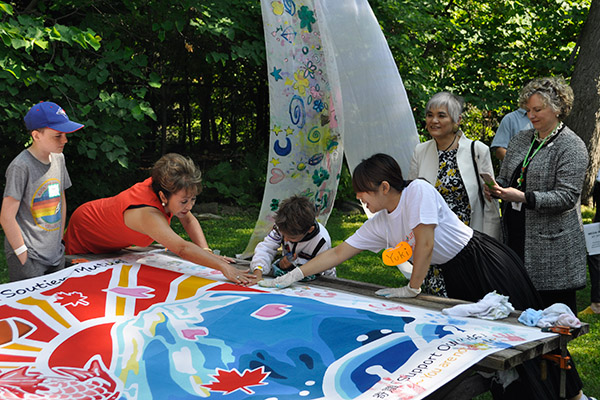 “Spiral Gardens is not only this beautiful place that we are enjoying on this gorgeous day,” said Julia Hanigsberg, president and CEO at Holland Bloorview. “The camp brings together children of all abilities to play and create together, as art is such universal language that brings people together of all cultural backgrounds and abilities.”

The Japanese students were visiting Canada for two weeks, sponsored by the non-profit organization, Support Our Kids. The organization, originally from New Zealand, has a Canadian chapter run by Toronto philanthropists James and Chako Matsumoto. 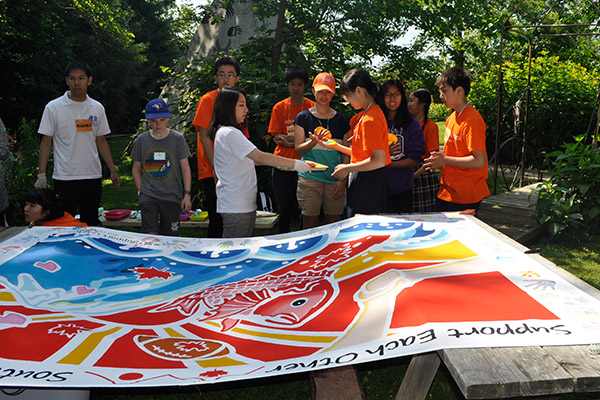 They sponsor children affected by the earthquake and nuclear disaster in Northern Japan in 2011 and each year bring 10 students to Canada for two weeks of summer camp. Many of the children lost parents, family members or homes to the disaster.

“Both the tsunami and nuclear disaster victims, they lost their parents and families and houses and everything, so they really had a hard time. They have trauma in their hearts, so we want to help that, to get their lives back,” said James.

A 10-year commitment, next year will be the last year of the program. Chako and James hope the program has a lasting effect and that the children that they helped will learn to help others in need.

Children like Yuki Akiyama, who took part in the SOK program in 2013, and returned to Toronto this year as a volunteer. Akiyama, who now works with the organization in Tokyo, says as a kid, she could not believe how many people reached out to help her and other children through SOK, and wanted to get involved herself. 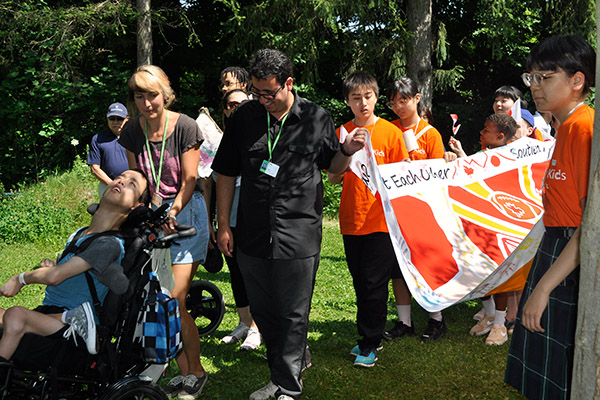 During the day, the students and campers decorated a large flag with a carp and rugby ball with their colourful painted handprints. Alongside a beating drum, the children carried the flag with the words ‘support each other,’ and presented the flag to Al Charron, a Rugby Canada star.

The flag is meant to be a symbol of friendship and celebration of diversity and expression through art, a language children of all abilities can use. Charron will bring the flag to Japan, when the Canadian National Rugby team will be in Japan for the 2019 Rugby World Cup in October.

“This flag will hopefully be in the team room for the Canadian team in Japan, we can hopefully get this flag flying at the stadium,” said Charron. “For me, it means a lot, its going to mean a lot to the players and coaches and the whole staff, to see this and what it represents.” 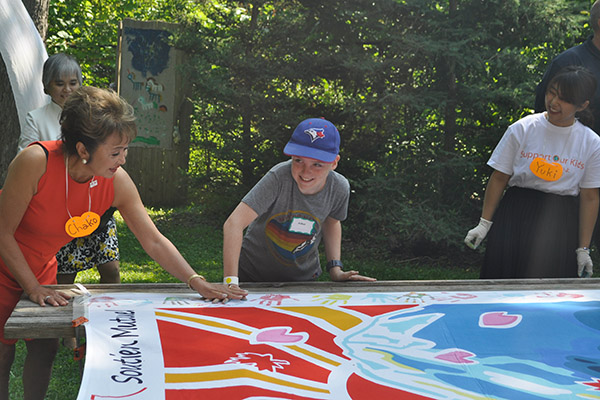 Next year, SOK students will bring the flag back to Holland Bloorview, where it will then be displayed in the hospital.

“It is my greatest pleasure if this [flag] may be displayed somewhere in this building as a symbol of the friendship between the hospital and Support Our Kids children for many years to come,” said Chako.