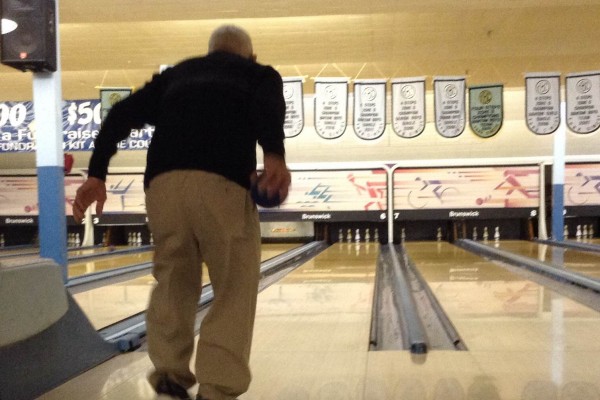 TORONTO – Mas Yatabe has a spring in his step, and a bowler’s eye for strikes.

With Amy, his wife, Mas has been bowling for the better part of his long life, and he won’t be slowing down anytime soon.

In February, Mas will turn 100 years old making him one of the most experienced bowlers there.

And he has quite a story to tell.

“I started bowling around early 1935,” Mas says. “We had a mixed bowling alley and a team in Vancouver with three boys and two girls. These two boys they taught me how to bowl. They were really good.” After some time spent practicing, Mas and the team ended up as finalists in a tournament, but they never made it to the finals. 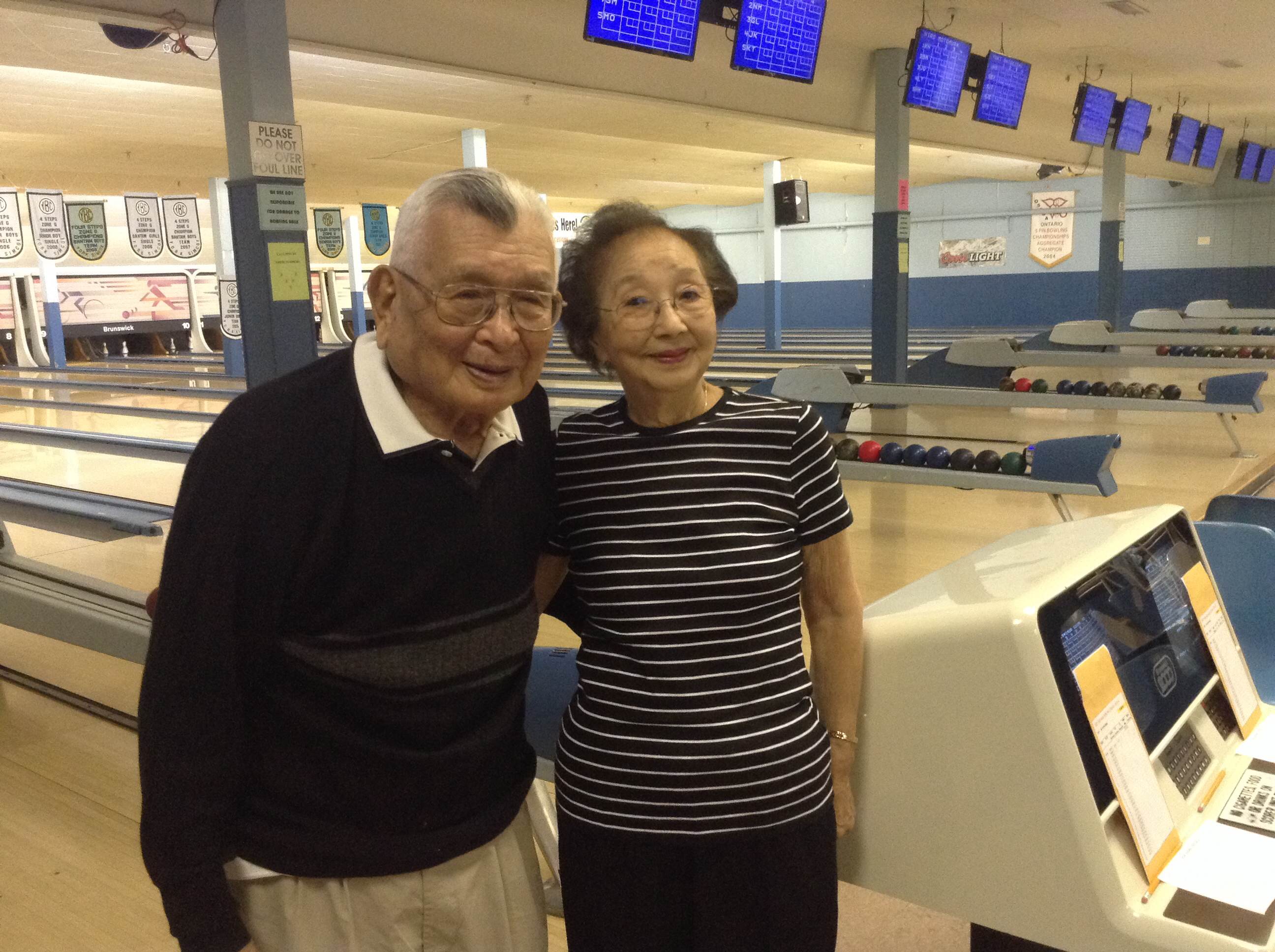 Mas Yatabe and his wife Amy seen here at the Rexdale Bowlerama. He’s been bowling for as long as he can remember, and he’s as good as ever. Photo courtesy: Matthew O’Mara

Playing inside of a bowling alley on Hastings Street, Mas learned the ropes of the sport. It was there that he found a passion for bowling that’s kept him playing to this day.

After the outbreak of the Second World War, Mas and his family found themselves heading to St. Thomas, one of the internment camps set up to house the Japanese Canadians forcefully removed from the West Coast.

“I stayed there two years in St. Thomas,” says Mas. “I was looking after gardens and I had to do a lot of milking cows. Oh, boy. You have four guys with the milk machines and after you had to set it up. It was quite a time.”

“My family was able to come all together rather than going through the ghost towns,” says Mas. “That was the one good thing about it.”

After St. Thomas, Mas and his family moved to Toronto where his passion for bowling and sports started all over again.

“Spadina used to have a bowling alley on a second floor,” says Mas. “There were about ten teams all sponsored. Every guy had a uniform with a sponsor’s name on it and that’s how we started it here.”

Mas is now one of many Japanese Canadian bowlers who attend the West End Nisei Bowling League at the Rexdale Bowlerama every Monday. The league has 75 players who gather at the bowling alley to play, talk, and bowl.

Mas still jumps into the air whenever he gets a strike. While he’s getting older, Mas doesn’t feel his age will hold him back from playing and he encourages other Japanese Canadians to get involved.
Mas and his wife has been bowling in Toronto for more than sixteen years, and at the Rexdale League for about six or seven years. 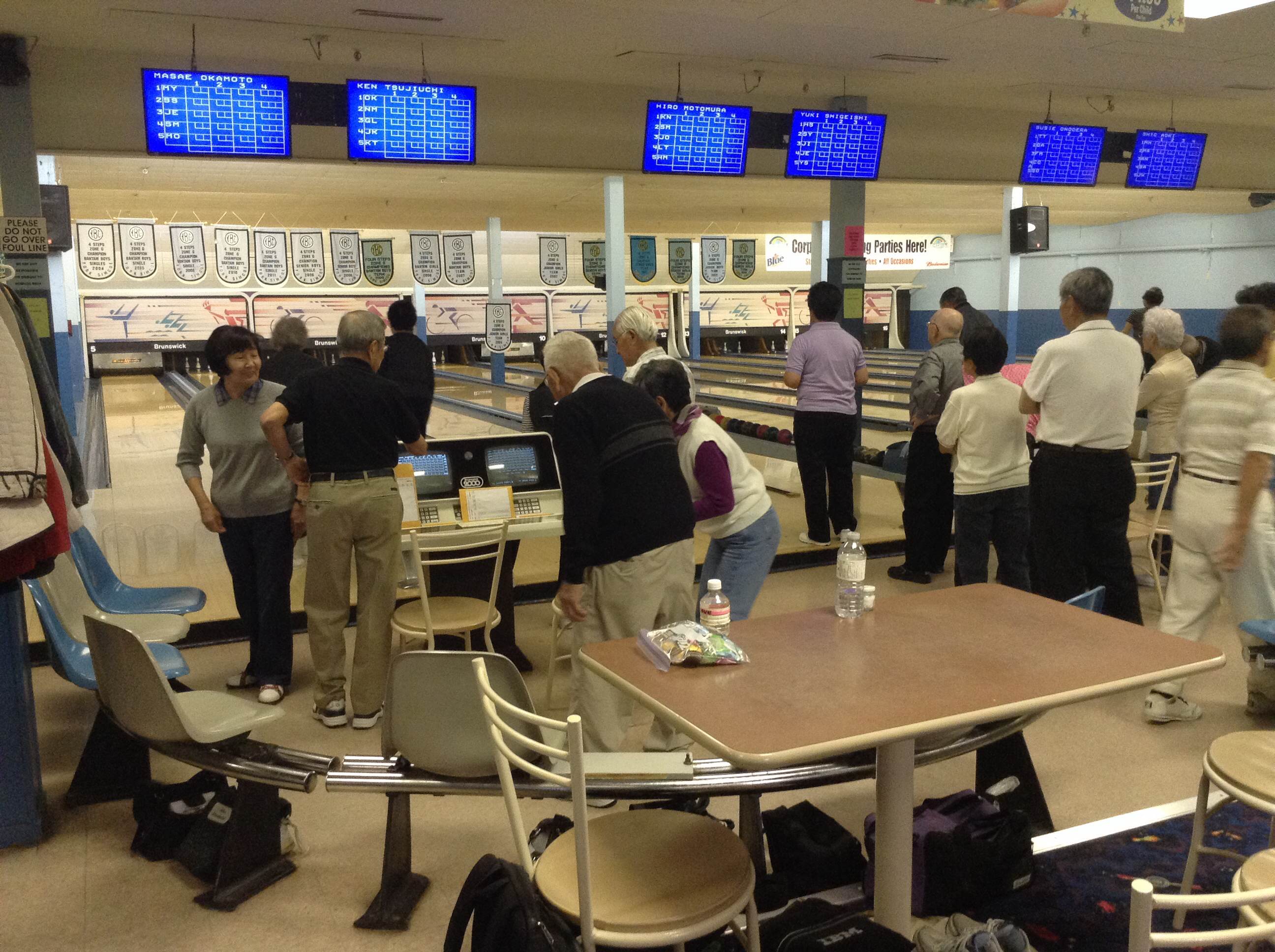 The Nisei Bowling league all set up and ready to bowl. Photo courtesy: Matthew O’Mara

At the league, they have a chance to meet with old friends and make new friends while staying healthy and active.

“He really is a good bowler,” said Amy.

“And I’m still standing,” joked Mas to his wife and me during our interview. “I don’t know why, but I’m still playing.”

During the time I spent watching the players at the league I also had a chance to meet up with our very own Frank Mortisugu who is an avid bowler.

Frank, who has a regular column with Nikkei Voice, has been a regular with the group for several years, and he’s quite good.

The league was extremely welcoming to this yonsei writer and the teams were both energetic and competitive with strikes regularly getting rounds of applause from team members.