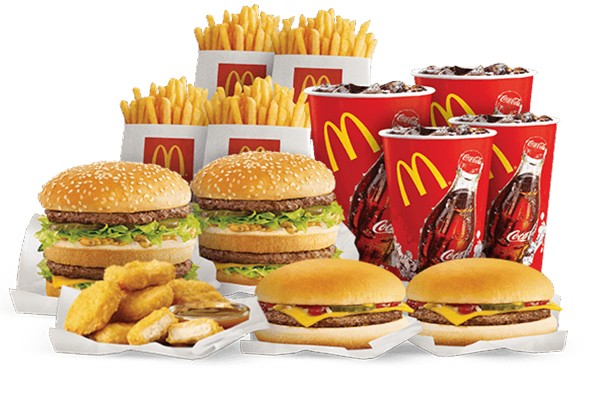 McDonalds Japan had a tough week and the numbers aren’t looking pretty. According to the operator in Japan, same-store sales plunged 21 per cent in December from a year earlier coinciding with a fries shortage caused by a labour dispute on the U.S. West Coast ports.

But as the potatoes started rolling back into the fast food chain’s menu, incidents of objects – both artificial and organic – being found in meals started to crop up. First it was a piece of vinyl found in Chicken McNuggets and now it’s a human tooth being found in its fries, but incidents like these have been reported as far back as September.

“A child suffered a mouth injury from a piece of plastic. We are deeply sorry for this,” Hidehito Hishinuma, McDonald’s Japan’s senior vice president, said at a conference on Wednesday.

“To make such cases zero is our goal,” Takehiko Aoki, a senior executive, said. “We are doing our utmost to tackle them, one by one.”

Last year, McDonalds Japan went through a tainted meat scandal when it was discovered that Shanghai-based Shanghai Husi Food’s sanitation practices didn’t meet up to spec. With over 3,000 restaurants in the country, Japan immediately stopped selling chicken and beef products instead using tofu-based alternatives.The company then switched over to a plant based Thailand where the McNuggets with plastic found in them came from.

However, it’s important to remember that McDonalds Japan has suffered from scandals like these before and have always managed to bounce back. In 2002 a Mad-Cow Outbreak caused the same loss in confidence that saw same-store sales drop drastically in the region. A few years later, McDonalds Japan was back to its normal operations, but now finds itself in the same situation and having to do damage control to bring back confidence in its product.

But even as Japanese executives apologize, the larger picture is the company’s falling confidence across the Asia Pacific, Middle East, and Africa regions. From Nasdaq:

In August, McDonald’s reported that its global sales for the month of July dropped 2.5%, with a 7.3% drop in the APMEA segment. Moreover, the company’s global comparable sales declined 3.3% y-o-y in Q3, primarily due to a decline in customer traffic and headwinds in the eastern markets. The company operates over 2,000 restaurants in China, of which most stores in Northern and Central China witnessed plummeting sales due to the unavailability of beef and chicken products