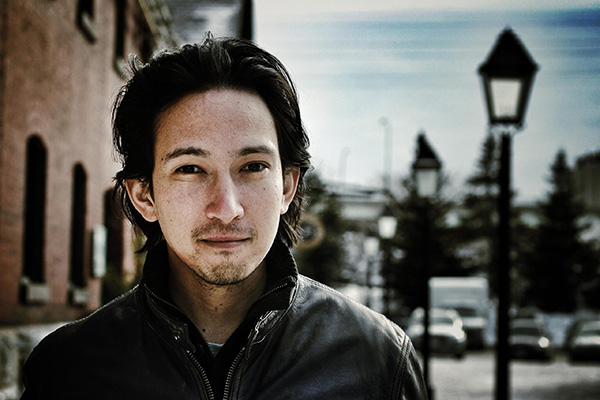 Michael Mori has many achievements under his belt, including a Juno nomination, but one of his biggest achievements was yet to come.

Michael Mori has a number of achievements under his belt, including a Juno nomination, but one of his biggest was yet to come.

While in Toronto for the Juno awards in 2011, Mori decided to hand out some resumes. It was at that time he struck up a conversation with Wayne Strongman, the artistic director of Tapestry, a Toronto-based contemporary opera company.

Strongman told Mori he was planning to retire and was looking for a successor as artistic director, so he offered the young artist a job with Tapestry Opera, but Mori never expected it to be his.

“With many things in life, you don’t try for them,”Mori tells Nikkei Voice. “A door opens, and you realize something is there that you hadn’t even thought about that you really wanted to do,” he says. “That was sort of the case with Tapestry. I wasn’t seeking it out with the intention of taking over, that door opened and I saw how beautiful it was.

In January 2014, after working alongside Strongman for two years, the 33-year-old became Tapestry’s youngest, and first Japanese-Canadian, artistic director.

As artistic director, Mori heads the artistic direction and decisions of the company. “When I was offered to take over, it was kind of incredible to say, ‘okay now, all of those ideas that I’ve had that have been pestering me, I can try’,” he says.

Mori has a long history in opera. He studied opera at the University of British Columbia, originally planning to study math. On a whim he chose opera instead, saying all his free time was spent playing in orchestras, conducting choirs and singing in shows.

Mori says one of his personal goals as artistic director is to breathe more Canadian culture into opera, and create something that will bring all Canadians into the audience. He points out that opera is not something that many new or young Canadians watch. Part of the problem is that many of the well-known and played operas were created hundreds of years ago, and were relevant to the people and times they were created in, Mori said. His solution: identify who has their finger on the pulse of popular music and pair it with stories that people care about today.

“It’s just finding a language that we would be reacting to in some way, because it’s ours and not a dead culture’s way of talking,” Mori says. “I don’t think that opera is about recreating a new story the exact same way you had 100 years ago, it’s kind of silly, you don’t need to do another Greek myth.” 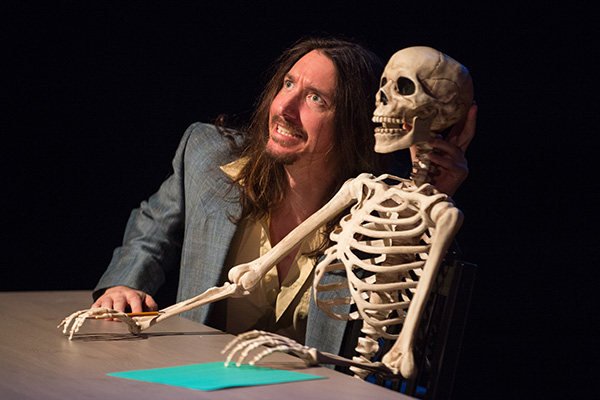 Alexander Dobson in Damnation by Morris Panych and Ivan Barbotin

Mori says by tackling stories people can connect with today, the production will be something people will continue to talk about. “Culture once again is coming back to touching base with the times it lives in and not feeling like history is the only place where culture exists,” he says.

Along with its style, Booster Shots is unique, because it takes its audience on a physical and tasting journey. The show starts off in Tapestry’s own studio and bar, Ernest Balmer Studio, in the distillery district with a sake tasting and two opera shorts. Then audience gets up and moves into a different building in the distillery district, with another tasting and two more opera shorts, continuing this pattern for 10 opera shorts.

Booster Shots is a great way for someone to experience contemporary opera for the first time, Mori says. “Every room has two scenes in it, so you get a chance to sort of dip your imagination into the world that’s going on.”

To get the kids more excited about the program, Mori introduced the kids to classical hip-hop. He points out that classical hip-hop was created by a rising middle class of African Americans who weren’t feeling connected to the culture of the rest of the city, and created their own music. As well, classical hip-hop is similar to what the kids hear and like on the radio today.

“You spark imagination that next generation’s artists engaged and even opened to the word opera,” Mori says.

Mori himself became involved in opera and music at a young age. He was born in Georgia and travelled around the U.S. with his family for his father’s work with Mitsubishi International. He began singing in a boys’ choir in Connecticut when he was six, and got his first paying opera gig at 11 in New York.

Introducing classical hip-hop to the Youth INside Opera had all the kids excited and engaged about the program. Mori says they came up with all of their own break dancing routines, wrote a song together and came together and performed it for their parents, community and city councillor at the end of the two-week program.

Mori says it was exciting to see the kids put together something on their own with the lessons and tools he provided for them, and a reminder for why he took on the job as artistic director with Tapestry

“I don’t choose to be arts administrator because I want the security of the income or the prestige,” Mori says. “It’s because if art isn’t transformative then we’re failing, and if our programs for youth aren’t transformative, then we’re really failing, because that’s both the artist and the audience of the future.” 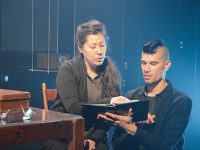 
[…] – While Tapestry Opera’s artistic director, Michael Mori, was completing his masters at UBC, he was the understudy for a contemporary opera production with […]