Mikado closes its doors after 35 years of serving authentic Japanese food in T.O. 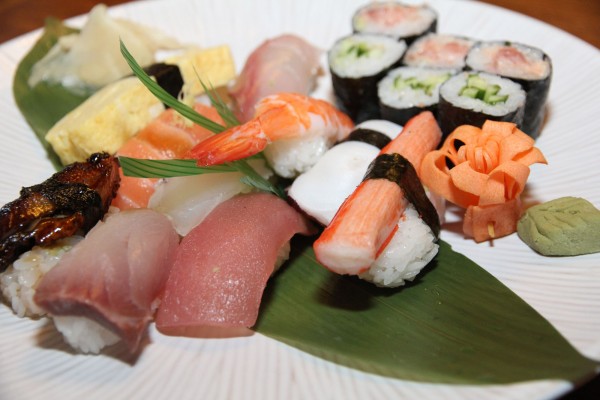 For almost 35 years, Mikado offered diners in Toronto a taste of ‘authentic’ Japan. A restaurant specializing in everything from donburi (rice bowls), to sushi, to mikan pie dessert – tucked away in the midst of what was once industrial East York – welcomed customers with an eye and a palate for Japanese cuisine prepared with care and tradition. Opening on October 10, 1978, Mikado closed its doors for the last time on Sunday, June 16th, 2013.

Mikado’s owner and head chef, Keiichi Masuda (桝田佳一), admits it was never his goal to own and operate a Japanese restaurant. Immigrating to Canada from Kobe City in 1974, Masuda originally trained in Japan as a French chef. “Japan is a small country; I wanted to see the world. I guess I was just seeking adventure,” recalls Masuda.

Upon arriving in Toronto, Masuda first worked at the Hyatt Regency (later renamed the Four Seasons Toronto) while establishing himself in his new home country. In 1978, the doors opened at 114 Laird Drive to a Western-style restaurant. “It was called Chez Mon Ami. I mostly served hamburgers, lunch quiches, that sort of thing. Only in the last 10 years has this area become so busy with shops – back then, it was all construction and industrial workers. I needed a good lunch menu.”

But during the course of that initial year late in 1978 and early in 1979, Masuda took note of the local crowd and their eating preferences. “I realized it was a bit hard for customers to associate Western or French cuisine with this Japanese face,” Masuda quipped candidly. Slowly he began introducing Japanese dishes to the menu, typically the odd item here or there – some Japanese style curry rice, or the occasional offering of tempura.

Chez Mon Ami was eventually renamed Mon Ami, and by 1982 Masuda’s establishment became Mikado – taking a completely new name and a fresh menu, leaving its original Western-style cuisine behind in place of a full-on approach dedicated to traditional Japanese cuisine. Masuda recalled the comparative dearth of Japanese restaurants that were committed to quality, traditional cuisine in Toronto at that time, “There were few enough you could count on maybe one or two hands. At first it was mostly Japanese Canadians who came to Mikado, and also business men from Japan. But then sushi became more well-known to all Canadians, and also popular in Toronto – more customers came in the door.”

Having received his French culinary training at the Oriental Hotel in Kobe City, Masuda was at a loss on how to approach the cuisine of his native Japan, “I really didn’t know how to start – how to properly prepare Japanese cuisine at first. I was very lucky – Japanese chefs in the Toronto area were so helpful. They mentored me, and helped teach me what I know today. I am very indebted to them.” In turn Masuda has done what he can in between his busy 60-hour work week to give back to the small community of dedicated chefs of Japanese cuisine – to this day, he volunteers his time with the Japanese Restaurants Association of Canada. “I really want to promote tradition through cuisine – carefully selecting quality rice, quality flavouring ingredients like the shoyu and vinegar, being mindful of how you roll the sushi – everything is important to the final product.”

Mikado saw almost 35 years on Laird Drive (“34 years and eight months!” corrects Masuda), during which time the likes of Kurt Browning, David Lee Roth, and Raymond Moriyama each dined on Masuda’s carefully crafted sushi. Teaching gems of info to his patrons saddled up at the sushi bar, Masuda enjoyed familiarizing diners with proper sushi eating etiquette, “I remember seeing people drown their sushi in shoyu until it was soaking! I would tell them, ‘No no! Eat with your hands, and only a quick dab of shoyu!’” Mikado made repeat appearances in the Toronto Star, Toronto Life, and several other publications and online review sites, each praising Masuda’s expertise and Mikado’s unpretentious air.

When asked why he decided to give Mikado its final curtain call, Masuda cited a desire for a ‘retired’ kind of lifestyle. “I might work part-time somewhere, but I’m sure looking forward to some golf and traveling. But I can’t thank the supporters of the Mikado enough – we really could not have done it without you.”

And after all these years, does the French cuisine trained sushi chef still enjoy the taste of sushi? “Of course! I mean, you can’t eat steak every day, but sushi is actually pretty good for you. I could eat sushi every day – really!” 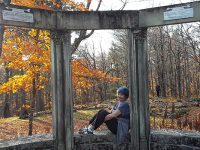 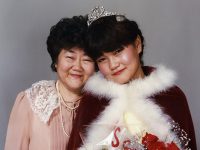 Mindfulness in the city: Making our own endings
November 10, 2022


I’m not sure Masuda-san will ever see this, but I was saddened that my favourite sushi place is gone. I wish him all the best and I am eternally grateful for all the memories I had there and especially for the smoked salmon!


So so sad to see the doors closed. One of the truly authentic Japanese restaurants in the city and always a pleasure to dine there. Best wishes to Chef Masuda.

The search for Japanese curry in Toronto | Nikkei Voice


[…] with a bit of sadness I write about Mikado, a restaurant formerly on Laird Drive along Eglinton in Toronto. Since 1978, Mikado had served some […]


So sad to see Mikado close. The food and atmosphere was something special.


When I found out Mikado has closed down I kid you not, a tear marked my face all the way down my chin.

Awesome memories. Superb food. I loved that Masuda-san wanted for his restaurant to fully enjoy the experience, that you HAD TO TURN OFF you phone.

This restaurant was the only good thing my ex-girlfriend gave me.

I will always be missing this place and your food.