Mikako Tabe talks about working with titans of Japanese cinema 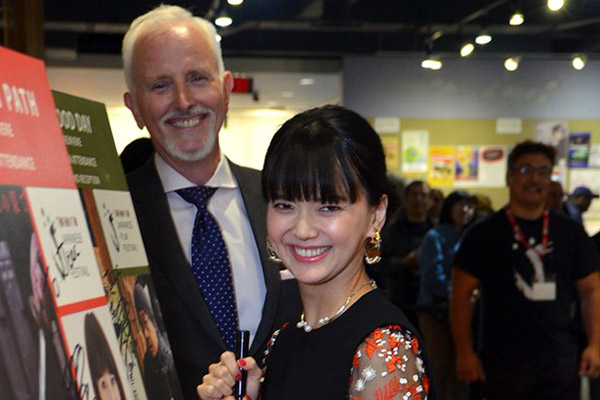 TORONTO — Hundreds of fans lined up to see a Japanese star walk the red carpet the Toronto Japanese Film Festival (TJFF) on June 8.

Actress Mikako Tabe was in Toronto for the North American premiere of Love’s Twisting Path, to introduce the film and answer audience questions afterwards. Another of her films, Every Day A Good Day, played during the closing night of the festival. For both films, Tabe worked with icons in Japanese cinema. Tabe sat down with Nikkei Voice and through a translator, talked about those experiences. 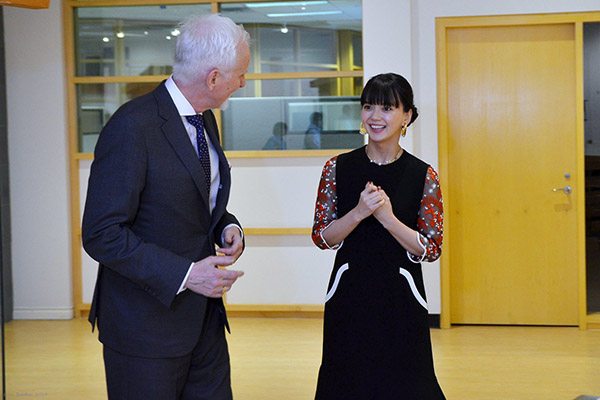 Tabe is an accomplished film and TV actress, who has received numerous awards for her work. Five of the Tokyo-born actress’ films have premiered at TJFF, including Midnight Diner 2 in 2016. This was Tabe’s first time in Toronto, and says she was surprised that there is such an interest in Japanese cinema in Canada. She was also curious to see how Canadians would respond to Love’s Twisting Path, which is a throwback to classic chambara or sword-fighting films.

The film was director Sadao Nakajima‘s first film in over 20 years. Nakajima is a master of jidaigeki (era dramas) and famous for his films featuring samurai and yakuza. The 84 year old is one of the few directors from the classic chambara film heydays of the 1950s and 60s that is still making films today.

Nakajima’s return to cinema made this a highly anticipated film, both in Japan and internationally. Samurai films were something Tabe remembers her grandfather and father watching growing up and working with Nakajima was an experience she was grateful for.

On set, the cast and crew all adored Nakajima, she says, and she never felt nervous about working with the veteran director. It wasn’t until after she finished filming, and people kept asking what it was like to work with Nakajima, that she thought maybe she should’ve been.

“[Nakajima] was so charming and cute, so I didn’t really feel any pressure,” says Tabe. “After the shooting and just before the release in Japan, many big directors and many other film people asked about working with the director, since he’s such a legend.”

For Tabe’s other film at this year’s festival, Every Day a Good Day, she worked alongside another powerhouse in Japanese cinema, actress Kirin Kiki. This was Kiki’s last film, who died in September at 75 years old.

“I had some time to have a conversation with her during the film, about one hour, just chatting,” says Tabe. “I would ask her questions, and [we were] just talking. And looking back now, it was a good experience.”

Their film follows a young woman through two decades of her life learning the art of tea ceremony. The lessons of the ceremony mirror the obstacles she faces in her life. The film stars Kiki as the sage tea master, and Haru Kuroki as her student. Tabe plays Haru’s cousin, who comes along to learn about the tea ceremony, and the two navigate life together.

For the film, Tabe had to take real lessons to learn the basic forms of tea ceremony. The lessons helped her connect to her Japanese heritage and history.

“There are so many rules, and it is all for the customer,” she says. “The Japanese service spirit is really amazing.”

Both of Tabe’s films are a glimpse into different aspects of Japanese culture, from the samurai of the Edo period to the delicate intricacies of tea ceremony. Tabe says she’s curious about how Canadian audiences will perceive these films, and explore Japanese culture.