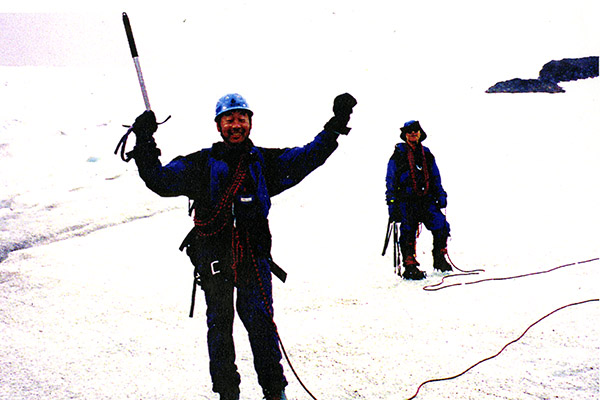 Believed to be the first Japanese person to settle in Canada, Manzo Nagano landed in New Westminster, B.C. in 1877 at the age of 24. Following the Meiji Restoration in 1868, trade Japan and the rest of the world rapidly increased.

Nagano, who had been a carpenter’s apprentice, quickly found himself drawn into the shipyard industry. Nagano worked onboard a merchant ship that regularly sailed between B.C. and Shanghai. 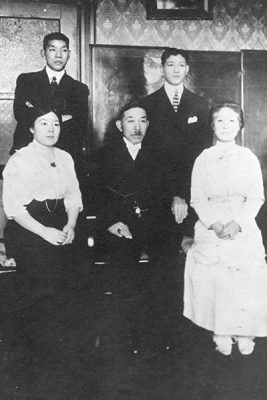 According to Nagano’s grandson, one day he decided to leave the ship while they were stationed in New Westminster. That marked the beginning of Nagano’s adventure in a foreign land and the arrival of the first Japanese settler in Canada.

In 1977, Japanese Canadians celebrated their centennial, a 100 year milestone since the arrival of Manzo Nagano in 1877. As part of this celebration, the federal government dedicated an entire mountain to Manzo Nagano. Located near Owikeno Lake in B.C., the mountain is nearly 2,000 metres above sea level. It was conquered for the first time on July 25, 1979.

What made this expedition so incredible was that three of the five brave climbers were the great-grandsons of Manzo Nagano. It was a laborious journey, that reportedly took five days to complete. The team left a Canadian flag on the summit of Mount Manzo Nagano, along with the Nagano family crest and plaque.

To commemorate the 120th anniversary of Manzo Nagano’s arrival in Canada, the mountain was conquered yet again by a team led by then NAJC president Randy Enomoto on August 24, 1997.

As with the first expedition, descendants of Manzo Nagano also embarked on this treacherous climb. The team, which comprised of 11 members this time, decided to bring along a time capsule, burying it in the snow-capped summit of the mountain.