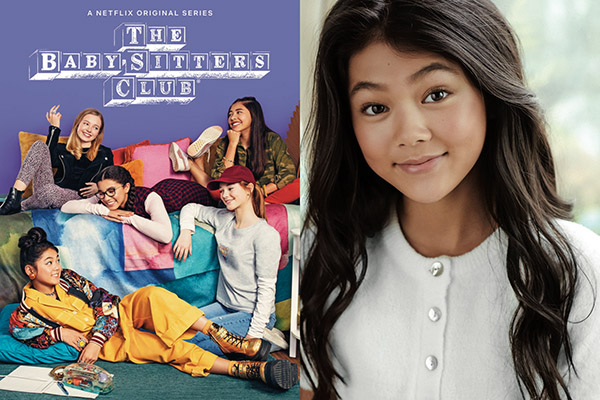 VANCOUVER — In the 90s, The Baby-Sitters Club, a book series about preteen girls who start a baby-sitting business in the fictional town of Stoneybrook, Connecticut, captured the hearts of an entire generation. Created by Ann M. Martin, these coming-of-age stories followed the girls as they navigated middle school, first crushes, loss, and friendship.

Vice-president of the club is Claudia Kishi, an artsy, spunky, fashionable girl, who loves junk food and Nancy Drew books. For a generation of Asian Canadian readers, Claudia was an icon, and one of the few Asian American literary characters who was more complex than the stereotypes of Asian characters in mainstream pop culture.

Over 200 books later, including spin-offs and graphic novels, with 180 million copies sold worldwide, the stories have now been adapted to a TV series. Bringing Claudia to life is Japanese Canadian actress Momona Tamada.

The 13 year old actress from Vancouver is also an award-winning dancer, who started dancing when she was five years old. Her very first audition landed her the role of young Lara Jean in the wildly popular Netflix teen series, P.S. I Still Love You. She can also be seen in The Main Event and The Terror.

Tamada spoke to Nikkei Voice about her excitement on introducing Claudia Kishi to a new generation and being part of the iconic series. 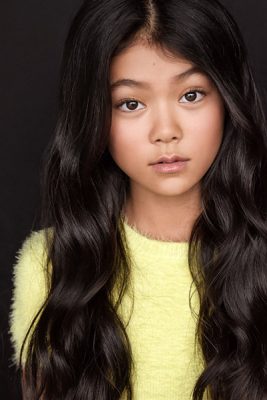 Nikkei Voice: Tell us a little bit about Claudia Kishi and who she is.

Momona Tamada: Claudia is the cool and trendy girl of the club. She absolutely loves art and anything to do with fashion. She isn’t the best student so that causes her to miss out on some things.

MT: I relate to Claudia a lot actually! I love, love, love anything that involves art! Art was always my favourite subject and even when I wasn’t in art class I would always draw on all of my notes. Some examples of ways I don’t relate to Claudia are that I have never had any trouble with my grades and my brother and I have a super close bond.

NV: What are you looking forward to the most in playing Claudia?

MT: Obviously her wardrobe was incredible, and her style has definitely influenced my personal style. Another thing I’m looking forward to is for the audience to see another generation of The Baby-Sitters Club and being a part of such a well known and iconic story.

NV: Did you read The Baby-sitters’ Club books? What did you enjoy about the books?

MT: Yes, I read the books when I was younger and I’m still reading the books today! Growing up I didn’t have many Asian characters to look up to (especially as main characters) until I was first introduced to The Baby-Sitters Club.

It was so incredible to see that Claudia was such a bold girl who broke all the stereotypes. I also love how every reader can relate to a character in the book. The fact that I get to play a character I looked up to so much is a literal dream come true!

NV: The cast of the show is a diverse group of young girls, what do you think is the importance of having diversity in film and television?

MT: I think diversity and inclusivity is so important. It’s very meaningful for younger generations of all backgrounds to see representations of themselves on the screen and in the story. The Baby-Sitters Club also breaks many stereotypes, and promotes respect for other cultures. This can be applied to real life for our generation and beyond! 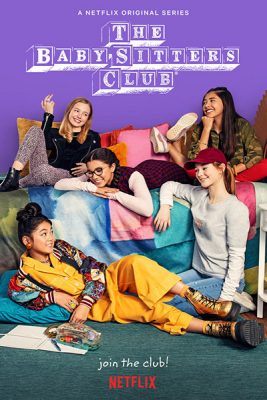 The poster for the Netflix Original Series The Baby-Sitters Club pays homage to the covers of the original books. Photo courtesy: Netflix.

MT: My parents are immigrants and they established friendships with other Japanese people when they moved to Canada. My family friends have been there since I can remember and we often gather and celebrate many of these events together! Some things we celebrate together are:

Omisoka and New Year’s (with Toshikoshi soba noodles and osechi!)

Nagashi somen – somen slide (such a fun way to eat noodles and cool down on a hot day!)

NV: What are you up to during this quarantine? What are some of the ways that you stay busy, active or entertained?

MT: Everyday I do some schoolwork and try to fit in some workouts, even though I prefer dancing with my friends! I also bake AT LEAST once a week, go on walks, watch tons of Netflix and do pretty much anything that will keep me entertained.

NV: Like Lara Jean from P.S. I Still Love You, you’re an avid baker and cake decorator. Where did you learn to bake and are you creating anything in the kitchen during the quarantine?

MT: I have always helped my mom in the kitchen since I was two years old. I always loved watching my mom bake and cook. The first time I baked and decorated a cake by myself, I was five! I took a baking lesson when I was six, I remember I was so proud and happy. During this time I have made all types of goodies like angel food cake, cookies, cupcakes, donuts, churros and crepe cake… to name a few!

See Momona Tamada in The Baby-Sitters Club‘s trailer below, and now on Netflix.