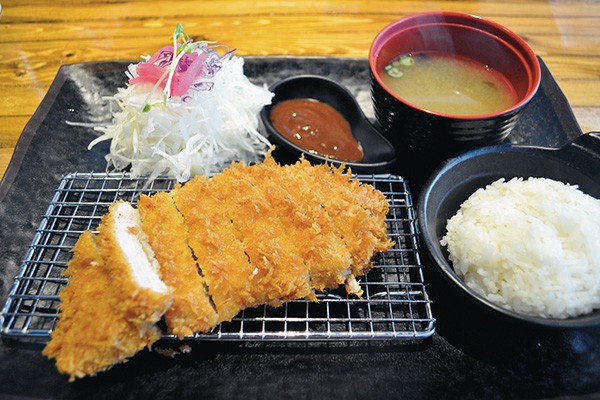 Finding real tonkatsu in Toronto is tough, but it’s a simple fix at this new restaurant. Words and Photos by: Jun Kobayashi and Ai Nagaoka

TORONTO — Mr. Tonkatsu opened its doors a month ago and reviews from customers have been extremely positive, so we decided to give this new place a test for ourselves.

Tonkatsu is a style of Japanese food that consists of a breaded, deep-fried pork cutlet and rice, and usually comes with miso soup, shredded cabbage, and a thick Tonkatsu sauce.

There are two types of katsu: a pork fillet called “hire” and a pork loin called “rosu”.

And you’ll also likely find yourself with a dish of ground sesame seeds to add to the sauce, which gives it a nice, nutty flavor, so those are the expectations and Mr. Tonkatsu delivers.

The atmosphere in the restaurant located near Bathurst subway station, is cozy and peaceful with jazz music and soft lighting. It’s a nice place to go to either in a small group or on your own, plus the service is friendly and helpful.

The rose katsu teisyoku is reasonably priced at $12 and includes a pork loin cutlet, a slice of cabbage, miso soup, rice, sesame seed, and a specially made sauce. To our surprise, we could ask for additional servings of cabbage, miso, and rice at any time, so it’s good value for the price.

We also recommend you grind the sesame seeds in the little bowl and then add it to the sauce before you eat. Its flavor makes for a fuller taste when you pour it over the tonkatsu. 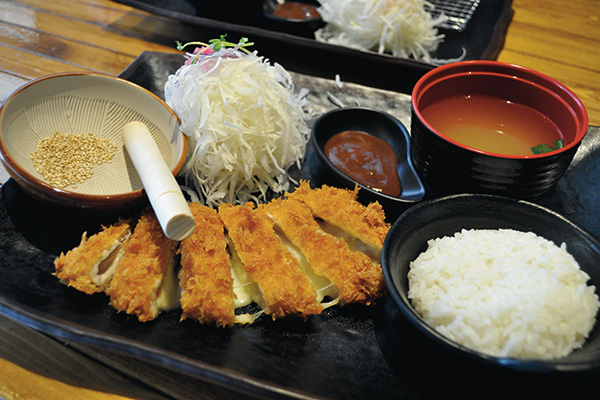 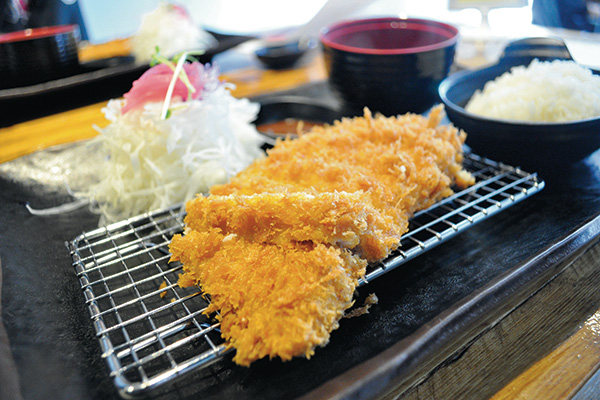 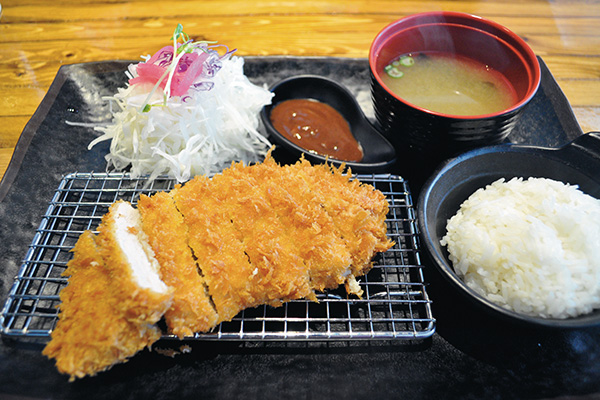 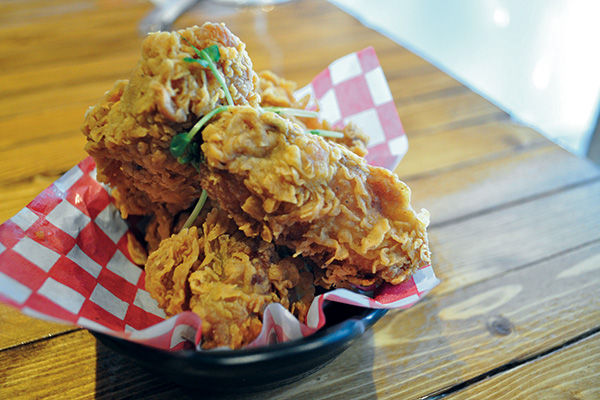 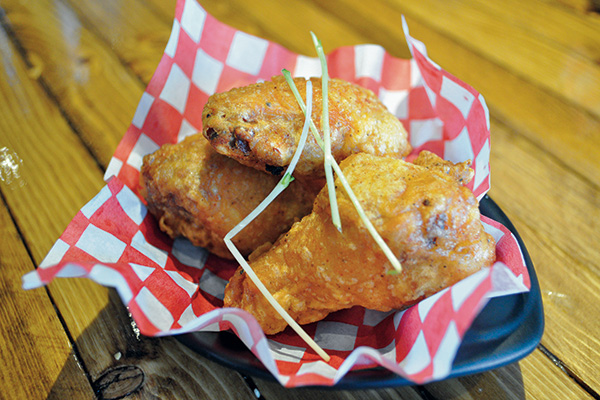 We were dying to eat as the smells of other meals drifted into the dining area and the deep fried pork we were served was thicker than expected.

When we ate a piece, it felt as if we were back in Japan, which is no exaggeration. This is very close to what you would get in Japan. It’s crunchy, savoury, and also a little spicy. Although it was deep fried, it wasn’t overly greasy.

The cheese katsu teisyoku was a little more expensive at $14, but it was super duper crispy, very light, and tender. The combination of tonkatsu and cheese was perfect, mild and not too overwhelming. And like the other meals, you are also able to get unlimited orders of rice, salad, and cabbage, which is a big plus.

The karaage was a little spicier than your typical fare. The crispy chicken was served with a sweet chili sauce and used a bit more panko than the karaage, so it was a little crispier.

According to the staff, the most popular menu items were the ones we chose. We also spoke to the restaurant’s owner, Sanghoon Park.

Park lived in Japan for eight years and came to like tonkatsu during his stay, but here in Toronto there were no restaurants that served his favourite food.

And since Japanese cuisine is gaining even more popularity these days, he made up his mind and opened Mr. Tonkatsu.

He’s particular about using homemade panko, which he found out how to make through a two-year process of trial and error. It’s a homemade touch that makes a big difference.

Just for the record, there are also hooks that you can use to hang your bag from each chair. These little considerations are heartwarming for winter-worn Torontonians.

Personally, we hope they will think about serving katsu curry, which is a very popular meal in Japan. Tonkatsu has many variations such as being served in sandwiches and in a big bowl with rice and an egg (katsudon).

Anyway, if you want a deep fried, protein-rich meal without feeling too guiltily about the grease, then Mr. Tonkatsu is a great option. The restaurant is located at: 520 Bloor Street W, Toronto, ON M5S 1Y3 in The Annex neighbourhood.