Multicultural Hockey Tournament cancelled for second year in a row 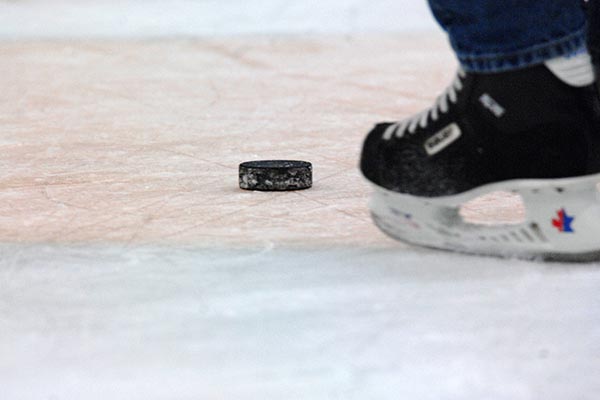 Frustration boils over as organizers hang up their skates for a second year in a row. Photo courtesy: Pixabay

TORONTO – The Canadian Multicultural Hockey Tournament has been cancelled for a second year in a row – and there are concerns it might be closed down permanently.

“There’s no tournament this year,” Wayne Yamashita, a CMHL vice president and manager of both Arashi and Typhoon, the Japanese Canadian men’s and women’s teams, said.

Yamashita was relaying a message from Stan Papulkas, the tournament founder and president, who used to plan and organize the tourney when he worked as a producer for OMNI Television in Toronto.

For the last two years, Papulkas has been assigned to Edmonton to organize OMNI programming in the Alberta capital, and cutbacks have interfered with plans.

“Stan can’t leave Edmonton,” Yamashita said. “He’s had to reduce his staff and now he has to move to another building in December, so there’s no way he can get to Toronto during the month of December.”

It’s another big disappointment for players, teams and the ethnic communities they represent because the four-day CMHL tournament, played just after Labour Day every year, had become a favourite holiday event because of its fast play and skilled competition.

This year would have been the 10th anniversary of the tourney, but its future looks cloudy.  For the last several years, problems have complicated play, such as illegal players in both the men’s and women’s divisions, roster stuffing by certain teams, ethnic feuds that sometimes spill over onto the ice and goon tactics by the bigger teams.

One team general manager, who preferred anonymity, is angry over the recruiting practices of certain teams.

“It’s getting muddier and muddier,” he said. “I want to see physical proof of what heritage the players are, what is the heritage of his parents and where they’re from.”

The issue he’s talking about is the problem of so-called ringers. These are players brought in illegally to strengthen rosters. Teams are supposed to be made up of players from the same heritage.

For example, there’s no problem with the Japanese Canadian teams because all the players have Japanese bloodlines, including some who may be only one-quarter Japanese and have blond hair, but their heritage can be proven. It’s usually the same with teams representing the Chinese, Korean, South Asian, Greek, Italian, Blacks, Portuguese and Polish communities, among others.

But this becomes problematic for a certain Caucasian team. “Half the guys on that team are not. They’re Scottish or English or any other heritage. We just can’t tell. Establish what you are, prove it and that’s it,” the source said.

Most teams in the tourney are ethical and above board in gathering players for their teams. They scout players and go over team rosters for familiar ethnic names.  Then phone calls and emails are made to see if players are available for the holiday tournament.

That’s how most teams gathered their rosters when the tournament started in 2006. Back then, the elite or A division of the tourney used to be made up of 10 to 12 teams. Now it’s down to 8 teams, with a growing number of teams choosing to play in the B division. That’s a growing segment, including teams representing the Chinese, South Asian, Filipino, Korean, Ukrainian, Russian communities.

Many so-called ethnic players are interested in joining the tournament and the number will probably grow as their communities mature and its younger members get attracted to hockey.

This is the main reason why the CMHL was intent on forming a league for this winter. There was some interest in the idea, but the cold reality of joining a new multicultural league and giving up established teams and leagues has apparently dampened any enthusiasm.

Clair Tsolkas, the CMHL co-ordinator for the year-end tournament, had told team managers it was time to move on the league idea with the intent of having it up and running in 2015.

Tsolkas said then, “We are currently engaging new stakeholders and reaching out to our community partners to help make this a reality.”

Just as difficult for the league might be the political tensions that sometimes cropped up in tournament play. Two years ago, the Russians manhandled the Ukrainians in a big punch out that appeared to mirror events in the Ukraine.

While that was happening in the B division, a huge brawl broke out in an A division game between Arashi, the Japanese Canadian team, and the Irish Shamrocks.

It was not so much a brawl because several Irish players attacked an Arashi player. It was such a severe infraction of the rules and spirit of the tournament that one Irish player was suspended indefinitely.

It is this trend of goon tactics that has the Canadian Multicultural Hockey League most worried, because the non-contact, post-Christmas tournament, while fast, competitive and clean in the early years, has been sliding into a rough and tumble and sometimes dirty tournament. 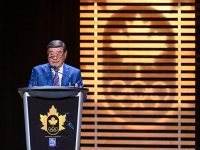 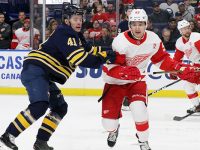 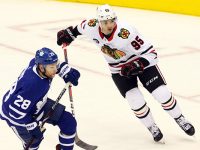 Dylan Sikura plays his first NHL game in his hometown
May 7, 2019

we average about 40 teams per tournament and for us been francophone in a English market well it feel very multicultural.

thank for listing if you guys are interested we could do something very special we just need to put the right team together.