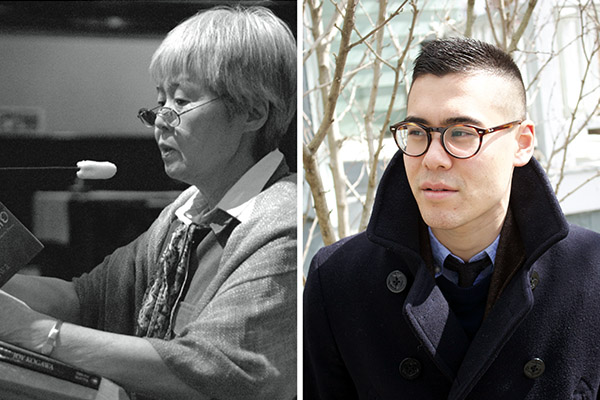 TORONTO — Yonseis Leanne Toshiko Simpson and Sen Canute are hoping to engage the Japanese Canadian community in meaningful conversations around creativity, connection, and mental health in a series of free online writing workshops.

Called Mata Ashita, the intergenerational writing circle will be hosted through Zoom on the first Saturday of each month, beginning on Jan. 9. With support from the Kogawa House, the group will host a Q&A with a Japanese Canadian author, followed by facilitated writing exercises and prompts related to that author’s work.

Mata Ashita, meaning see you tomorrow, is a promise to take care of ourselves and each other during these isolating times brought on by the pandemic, says Mata Ashita co-creator Leanne Toshiko Simpson. Hosted in a virtual space, the workshops can connect Japanese Canadians across the country.

“It’s a promise of a return. Both a return to our community, but also a return to the kind of conversations we’re hoping to start around creative writing, around community building, and around mental health,” Simpson tells Nikkei Voice in an interview. “I also think that creative writing and engaging with Japanese Canadian literature is a really great entry point for these kinds of conversations. We hope that folks who come out to our events will come again. We hope to see them again.”

Literature and writing have been ways the Japanese Canadian community has found power and healing in the past. Works like Joy Kogawa’s Obasan, Ken Adachi’s The Enemy That Never Was, or Roy Ito’s We Went to War, were pivotal pieces of literature that sparked conversations in the Nikkei community and educated the public on the Japanese Canadian experience. 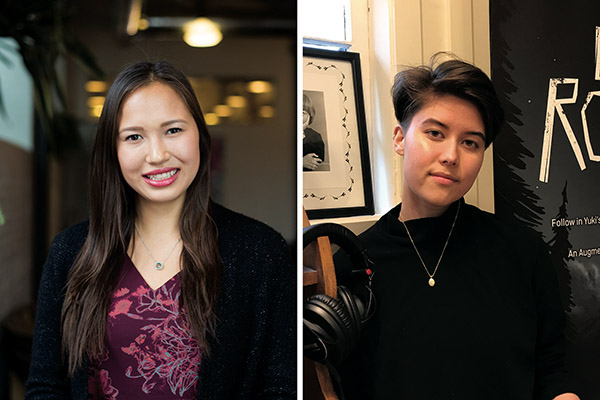 Simpson, a graduate of UTSC Creative Writing and the University of Guelph’s MFA program, has taught creative writing at Canadian universities, and led workshops for people with lived experiences of mental illness and addiction, with InkWell and CAMH.

Simpson sees creative writing as a powerful tool for mental health. It can be a way to reclaim authorship of your story and understand your experiences, she says.

“I’ve been living with bipolar disorder, and writing has been a really great way to remember how far I’ve come, even when sometimes it feels like I am very far away from the light,” says Simpson.

Highlighting classic and new Japanese Canadian works, the workshop’s first three speakers are Joy Kogawa, Sally Ito, and Michael Prior. By choosing authors from different generations and experiences, the writing group invites participants to ask questions and spark conversations between generations of Nikkei. For Yonsei’s and Goseis, much of their identity as Japanese Canadians is shaped by the Nisei and Sansei experiences, says Mata Ashita co-creator Sen Canute.

“[The pandemic] is a very isolating experience, and we don’t really have as many opportunities to gather as a community, or to create with each other. So what I’m hoping people will take away is a feeling of affirmation, and being able to create with people who have similar shared experiences, and feel affirmed in your creative and cultural identity,” says Canute. “I know definitely I struggle with a Japanese Canadian identity, not really sure what that looks like, not really sure where to look for a sense of community, and I think that loss of community is something we need to heal from as well.”

For Canute, the grandchild of author Joy Kogawa, Japanese Canadian history was something openly discussed in their family, but never beyond the familial experience. Working on the National Film Board of Canada’s project, East of the Rockies, last year with Kogawa sparked Canute’s interest in exploring the Japanese Canadian experience further.

“I was surprised by how creatively fulfilling and also personally gratifying it was to work around Japanese Canadian issues, and I didn’t realize how important it was to me until I started paying attention to it,” says Canute. “I think among Yonseis, there seems to be this huge, collective impostor syndrome going on. And I think rather than running away from that, and pushing that away, we can connect with each other about this feeling.”

Both Yonseis hope that this workshop can be an opportunity for young Japanese Canadians to connect with Nikkei of all generations, especially while the pandemic keeps people apart.

“I think a huge part of the Yonsei identity, for me at least, is thinking that I am not Japanese Canadian enough, wondering what I could offer to a community that I have been separated from for a great portion of my life. I think understanding that this negotiation of identity is part of what means to be Japanese Canadian right now, and I think being involved in that process, having these conversations, that is our future. We don’t need to disappear, we just need to engage with these kinds of conversations,” says Simpson.

To register or learn more: www.eventbrite.ca/e/mata-ashita-the-japanese-canadian-writers-circle-tickets-132358986291