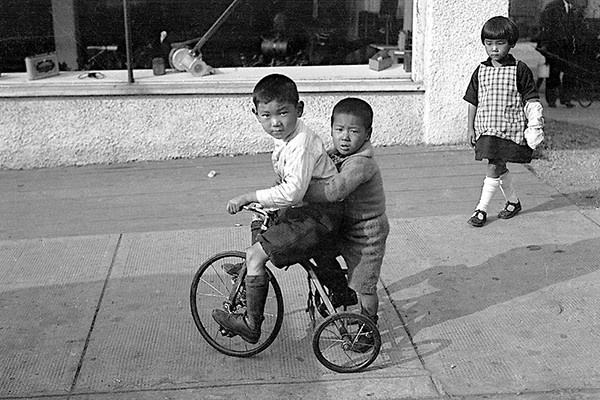 Kids at play on Powell Street in 1927, what’s their story? Photo courtesy: Archives of Ontario

VANCOUVER – Words are powerful. They can be part of our greatest memories or the start of our harshest talking to’s.

The Japanese Canadian story is seen, typically, in novels and textbooks. Rarely do we hear about the community’s history outside of an anniversary or an occasional radio piece, but that’s something two filmmakers in Vancouver hope to change.

A new project from Gordon McLennan and Greg Masuda is looking to give Canadians a way to experience JC history through multimedia by telling the stories of the community through every day narrators who will work with the duo.

“It engages people more, especially if they’re standing at the location and watching the narrator and the surroundings involving the Nikkei community,” Masuda told Nikkei Voice.

McLennan and Masuda have held auditions for the project and are holding another round on January 28th  at the Nikkei National Museum. They hope to find a number of young people who can help tell the stories of the historic locations for Japanese Canadians like Powell Street and Steveston, although they have more areas to propose.

“Those are mostly historically based stories,” Masuda said. “I would love to see it go national in scope. My story doesn’t end in Vancouver and Steveston, most of my story is Alberta.”

He hopes that this project might also create some discussion on what it means to be JC for younger generations.

“I would love to see a story where that is addressed or that question is raised because I don’t think there’s one answer,” he said.

Masuda said the power of film is giving an interactive element to users of the website and users on the street. A user can be on their web browser watching the project’s videos, but they can also be in the area and see the history unfold before their eyes using their smartphone.

This project was inspired by another called Black Strathcona, which was developed by McLennan. Masuda says he was the driving force behind Black Strathcona and this current project. The interactive website explores the history of black immigration to British Columbia from 1858 and onward.

The majority of black immigrants came to B.C. from California and from Oklahoma via Alberta, but as the economic power shifted in the province they started to make their homes in Vancouver, specifically in Strathcona, an east side, working-class neighbourhood.

The project educates others on the history of black immigration into Vancouver through videos and interactive media.

From exploring Hogan’s Alley to community members like Barbara Howard, Ernie King, and Leonard Lane, Black Strathcona uses video to guide you through the areas and provide historic context to them.

Masuda hopes Nikkei Stories can mirror Black Strathcona, but also bring something new to the table in order to tell the Japanese Canadian story.

“I think it’s going to work for us too,” Masuda said.

“The archives for the Japanese Canadian community – as far as photographs go – is much deeper than they were for Black Strathcona,” he said. “That [the multimedia] was a solution to a problem when he created Black Strathcona because there weren’t really a lot of photographs around.”

The on-screen narrators were a creative way of helping to tell the story of Black Strathcona and helped to attract youth and community members. It also helped to engage viewers and McLennan hopes to use the same strategy for Nikkei Stories.

McLennan and Masuda have raised money to produce videos for Powell Street and are still raising funds for Steveston, and will be launching the website in April simultaneously with the Powell Street videos.

In the early summer, Steveston’s videos will be released. After that, the duo hopes to raise some interest in other communities and produce stories in other parts of B.C. and Canada. 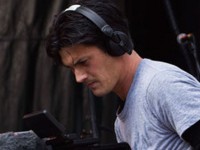 Children of Redress looks into what the movement should mean to younger generations
November 12, 2013

An Emmy Nomination, Nikkei Stories, and The Right to Remain – GREG MASUDA


[…] the subject of that Nikkei Voice article, I’ve partnered up with the producer of Black Strathcona to create a sister project that […]

Leave a Reply to An Emmy Nomination, Nikkei Stories, and The Right to Remain – GREG MASUDA Cancel reply