Japanese Americans and Muslim Americans march in solidarity for unity between all Americans in the face of tragedy and fear. Photo by: Gil Asakawa

Late last year, my wife and I were lucky enough to travel to New York City to see the Broadway musical Allegiance starring George Takei. It’s a story about the incarceration of Japanese Americans during World War II, and it vividly and powerfully brings to life the emotional toll of the experience on JAs for generations since then.

Two nights after attending the show and while we were still in New York, the Paris attacks happened. The next day, we had scheduled a visit to the 9/11 Memorial and museum in lower Manhattan. Like the way Allegiance evoked the racial hatred against my community 75 years ago, it was a powerful reminder of the tragedy of Sept. 11, 2001. There’s a lot in the museum exhibit about the terrorists who committed the acts, and the aftermath that included hate crimes, not just against Arab Americans but also Sikh Americans. I saw a photo of the slogan that someone put up on a banner in the Ground Zero site: “United We Stand.”

The rest of the day, I was haunted by the 1970 hit song, “United We Stand” by a group called the Brotherhood of Man: “United we stand, divided we fall; And if our backs should ever be against the wall; We’ll be together, together, you and I…”

The song was widely played in the days after 9/11, though most people probably missed the spirit of uniting with Arab Americans and Muslim Americans.

I was proud that JACL, the Japanese American Citizens League, held a press conference within days to decry violence against Arab Americans. We were the first voices nationally to warn against racial profiling in the wake of the attack, because we knew too well the potential disaster that can be sparked by fear and ignorance.

Sadly, the hatred and fear aimed at Arab Americans, Muslims, Sikhs, South Asians and anyone who might represent “the Other” has returned.

After our return from New York, the anti-Muslim buzz was amped up over the plight of Syrian refugees, with some political leaders advocating tougher screening (refugees already go through very stringent screening) or denying them entry, and even comparing the Syrian refugees to what happened to Japanese Americans. Hate crimes against Arab Americans, Muslims and Sikhs have spiked in the last several months.

After the horrible shootings in San Bernardino, California, presidential candidate Donald Trump, who’d already said he’d want a database for Muslims, announced he would ban all Muslims from entering the U.S., at least temporarily.

That announcement got my wife and I to talking about how we can’t just sit idly and let this kind of racial prejudice go unchallenged. My wife’s parents, grandparents, and great-grandparents on both sides were imprisoned during World War II. We fear that such tactics might be used again, even though we should all know better.

One conservative commentator published a book after 9/11 urging for the creation of concentration camps for Arabs, after all. We know that Japanese Canadians were also imprisoned during the war.

So we’ve been meeting with officials of the City of Denver, Colorado’s Congressional delegation, and representatives of the area’s JA, Asian American and Pacific Islander and Muslim communities to organize an event that would include a panel discussion and breakout sessions on topics such as the diversity of Muslims (the largest Muslim population is not in the Middle East, it’s in Indonesia), who the Sikhs are, and what your rights are if you suffer or witness a hate crime. We want to educate people, and break down barriers put up by ignorance and fear.

This event will be just one in a series all year that began with a show of unity, when a group of us participated in the annual Martin Luther King Marade (march and parade) with a large banner proclaiming, “Love Triumphs Over Hate: Japanese Americans and Muslim Americans Unite.” The banner got a lot of bystanders stalking and taking photos, and groups of Muslims and Jews joined our group. I’m going to cover this topic at the Mile High JACL’s annual Day of Remembrance event (which marks the day that President Roosevelt signed Executive Order 9066, which paved the way for the concentration camps) with a presentation about anti-Asian movements and JA incarceration followed by a panel discussion with Jas, Muslims and Sikhs.

I urge Japanese Americans and Japanese Canadians who know too well the sting of decades of hate crimes and racism, to reach out to the Muslims where you live, and plan events to help introduce them to people who only see them through the filter of fear and prejudice. 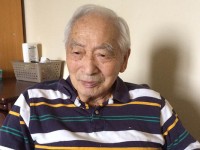