KYOTO — Nintendo has a new president and Tatsumi Kimishima has his work cut out for him.

With slumping sales for the Wii U, speculation over the company’s timing of its next console the Nintendo NX, and the ever-present pressure for the company to move into mobile gaming, Kimishima  will have to be fleet of foot to keep Nintendo on the path the company’s past president set it on.

Kimishima joined the Pokemon Company in 2000 as its chief financial officer. From 2002 to 2006, he held the role of President of Nintendo of America until the position was taken over by Reggie Fils-Amié. In 2013, Kimishima was appointed Nintendo’s managing director, but now he steps into the much larger shoes of past president Satoru Iwata who died in July this year.

Although Kimishima brings financial expertise to the role, he doesn’t have the same creative or technical background as Iwata who was a developer with the company.

In order to fill that void, Nintendo has named Mario-creator Shigeru Miyamoto as a Creative Fellow with the company along with Punch-Out! creator Genyo Takeda who was named a Technology Fellow.

These new roles will allow Miyamoto and Takeda to take a much more active role in promoting the company’s interests and give them more say in the direction of the company. 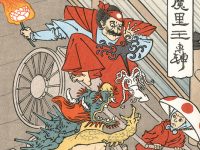 Rio passes the Olympic baton to Tokyo
August 23, 2016
Yo-Kai Watch bucking the localization that once made rice balls into doughnuts
November 16, 2015