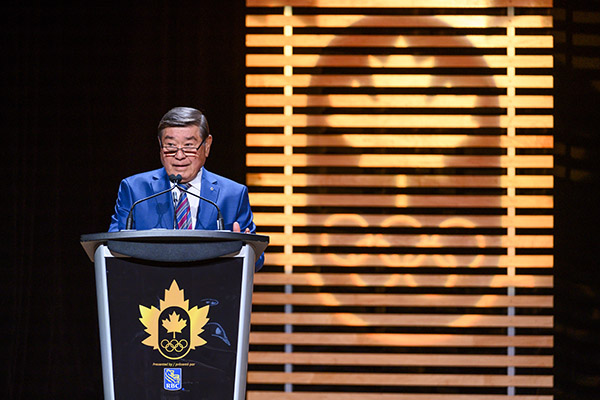 TORONTO — When judo coach Hiroshi Nakamura immigrated to Canada, his goal was to train Olympic level judoka and make judo as popular as hockey in Canada. Fifty one years later, Nakamura was inducted into Canadian Olympic Hall of Fame, recognizing his efforts in a ceremony on Oct. 23 at the Glenn Gould Studio in Toronto.

“I have been in Canada for 51 years and working for judo. Thinking of Canadian people and the Canadian Olympic Committee recognizing me for what I did is a really great feeling,” Nakamura told Nikkei Voice before the induction ceremony.

Induction into the hall of fame is the highest honour Team Canada can bestow upon its members and is the pinnacle of the Canadian Olympic movement. The committee honours nine individuals and teams each year. The award recognizes how these inductees conduct themselves on and off the field (or tatami).

While the induction ceremony took place in Toronto, the actual Canada’s Sports Hall of Fame is located at Canada Olympic Park in Calgary, where 429 athletes, teams, coaches and builders have been honoured over the last 70 years. 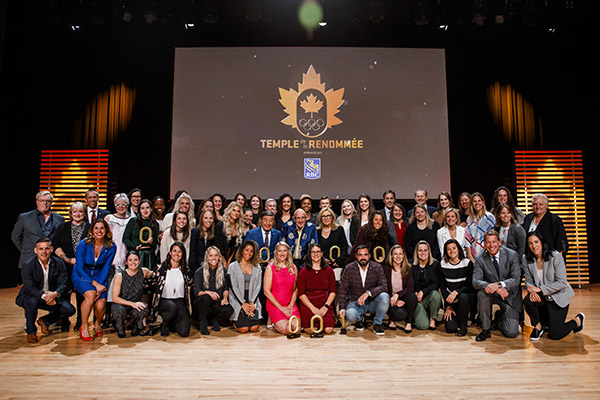 “A champion of their community, who stands for something and makes a difference in the lives of people,” said Scott Russell, an emcee for the ceremony and CBC sports broadcaster. 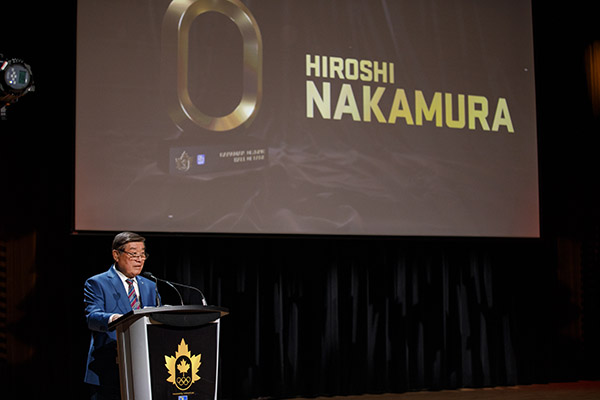 TORONTO, Ont. – Hiroshi Nakamura gives remarks after being inducted into the Canadian Olympic Hall of Fame during a ceremony at Glenn Gould Studio in Toronto, Ont. on Wednesday, October 23, 2019. (Photo: Thomas Skrlj/Team Canada)

“I’d say he’s the godfather of judo in Canada in terms of national team program. He has been involved with all of our Olympic medalists at some point in their career, from Doug Rogers who was a medalist in ’64 to Antoine Valois Fortier in 2012,” said Olympian Nicolas Gill, who is also the CEO of Judo Canada.

More than just coaching at the Olympic level, Nakamura is credited with changing the landscape of judo in Canada, especially in Montreal.

When Nakamura immigrated to Canada in 1968, at just 26 years old, judo was gaining popularity in parts of Canada with larger Japanese populations, like Ontario, British Columbia and Alberta. But the sport was largely unheard of in Quebec. Nakamura opened his dojo, Shidokan in 1973. The dojo, located in Montreal’s Notre-Dame-de-Grace neighbourhood, has grown to become one of the largest and most successful competitive judo programs in Canada. It was also home to the Judo Canada National Training Centre for over 40 years, before it moved to new facility in August 2014.

“Judo is what is today because of him. As the CEO of Judo Canada, I’m just trying to transmit that vision to the next generation,” said Gill. 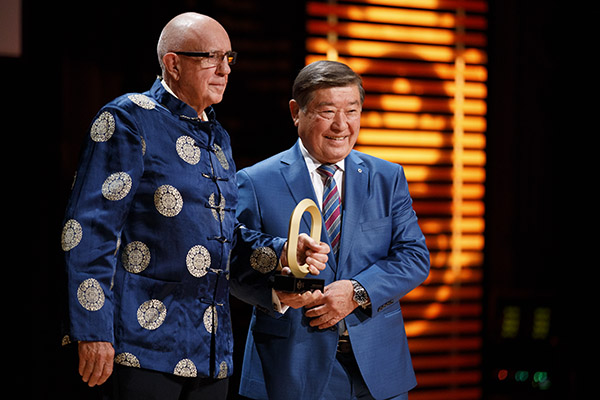 TORONTO, Ont. – Terry Farnsworth presents Hiroshi Nakamura with a trophy after being inducted into the Canadian Olympic Hall of Fame during a ceremony at Glenn Gould Studio in Toronto, Ont. on Wednesday, October 23, 2019. (Photo: Thomas Skrlj/Team Canada)

While judo may not be as popular as hockey in Canada, the sport continues to grow in popularity in Canada, and under the guidance of his former trainee, Gill, Nakamura is excited to see where the sport can go. Although Nakamura is 77 years old, he says he’s not planning on retiring anytime soon. Currently he is training young judoka under 18 at his dojo, preparing them for the national training centre. Nakamura is also a Member of the Order of Canada, inducted in 2012 and recipient of the Geoff Gowan Award from the Coaching Association of Canada.

“During my career, I tried to live every day by the Japanese expression, Ichi Nichi, Issho. The translation is ‘always try to have the best day possible and the combination of lifetime experiences will define your life’,” he says. “If you truly live this way, you will feel your life has value and fulfillment. To young coaches and athletes of every sport, if you are passionate, dedicated and willing to make sacrifices, success will come.”