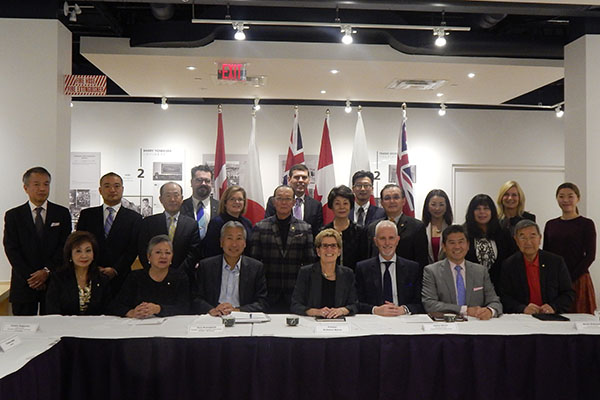 The upcoming trip to Japan is meant to encourage investment in Ontario by strengthen ties that already exist and visiting business that have already been established, said Wynne. She said the visit would express that Ontario is looking for global relations, and opened trade relations with innovative and intelligent businesses and individuals, especially considering the changes that could be coming to the United States. 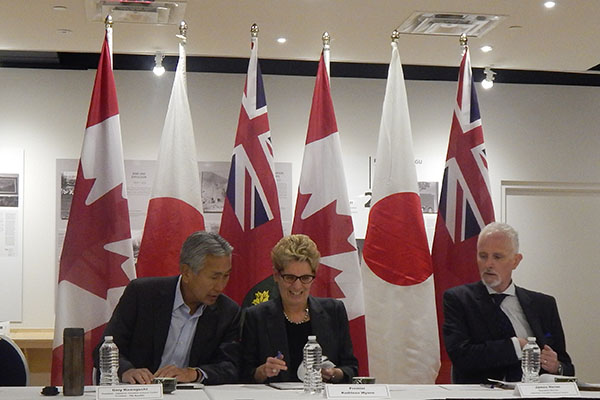 The group discussed the barriers for growing trade that Ontario companies face in Japan and vice versa, how to improve bilateral trade and develop closer business and cultural ties between Japan and Canada.

Also discussed in the meeting was Ontario’s decision to dissolve the Agent General in Japan in the 90s, Ontario’s infrastructure that rises the cost of doing business in the province and how to attract international students to Ontario versus other provinces.

Premier Wynne concluded the discussion by thanking those present and expressing her excitement to visit Japan because of her close ties to the Japanese Canadian community in Ontario. Wynne formally announced her bid to replace Dalton McGuinty as Ontario Premier at the Japanese Canadian Cultural Centre in 2012, when she was MPP for Don Valley West.