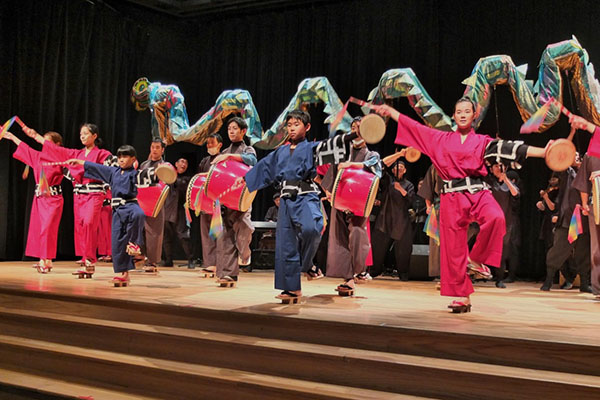 WINNIPEG – The Karakoro troupe, led by director Yoko Matsui from Osaka, has been performing eisa, a form of traditional folk dance originating from Okinawa, at the Music Niagara of Niagara-on-the-Lake since 2011. This year, in addition to Music Niagara, 70 members of Karakoro brought “the rhythms of Okinawa” to the Winnipeg Art Gallery on Aug. 14. The theme of the concert was to honour Art Miki for his efforts towards post war compensation and the government’s apology.

Karakoro’s full name is Karada-to-kokoro-no-deai-no-kai, meaning a group of body-mind integration. There are 97 members of Karakoro , with various professional backgrounds, between the ages of five and 70, led by Matsui.

Matsui’s relation to Canada began after a chance encounter with Atis Bankas, artistic director of Music Niagara, while she was at the Shaw Festival in 2010.  Meanwhile, Art Miki happened to be in Niagara-on-the-Lake in the summer of 2014 for a family reunion during Karakoro’s performance at the Music Niagara festival.  He attended the eisa show and was so impressed by Karakoro’s enthusiastic performance that he talked to Matsui about visiting Winnipeg.

Matsui did not know anything about Miki’s work at that time.  Yet, she was beginning to feel that her initial belief of the Canadian history as a place of tolerance and minimal discrimination, seemed naive.  She said she overheard comments like: Japanese-Canadians who experienced discrimination during the war regained their pride watching Karakoro’s grand eisa performance. This left Matsui wanting to delve into the history of Japanese-Canadians.  In 2015, she had a chance to visit the Nikkei Heritage Centre of the Toronto JCCC, where she discovered that Art Miki played a major role in the redress settlement.  Matsui and the members of Karakoro, including school-aged children, began studying the history of Japanese Canadians using translated books like Justice in Our Time by Roy Miki and Cassandra Kobayashi for reference. 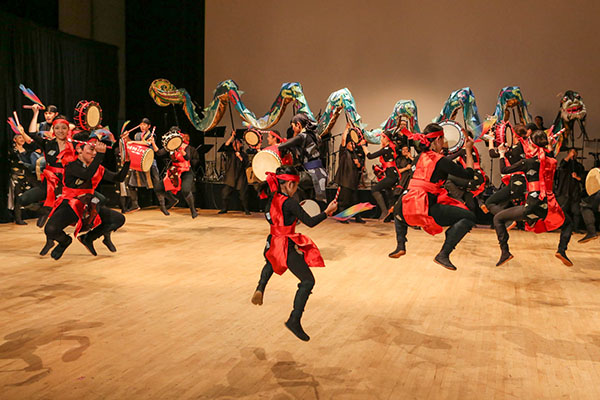 Karakoro’s 2016 Winnipeg concert consisted of two parts, the first part being traditional, as well as creative Eisa dances.  The music styles were both traditional folk and contemporary songs, all familiar Okinawa melodies.

The second half of the show, entitled “The World of Kenji Miyazawa” combined Karakoro’s creative eisa dances with famous Japanese poet Miyazawa’s themes as coexistence with other creatures and nature. Matsui and her associates have produced several musicals and eisa dances based on Miyazawa’s stories for children. For the show in Winnipeg they performed Snow Crossing, which is a story about an innocent and friendly relationship between two children and fox cubs, despite a bumpy initial exchange. In the story, the fox cub offers dumplings to the children, to which the girl responds saying, “Foxes deceive humans.  Foxes’ dumplings must be made of rabbits’ poo.”  The fox cub proclaims, “We foxes have been falsely accused by human adults of deceiving humans.  That’s the most vicious lie.” 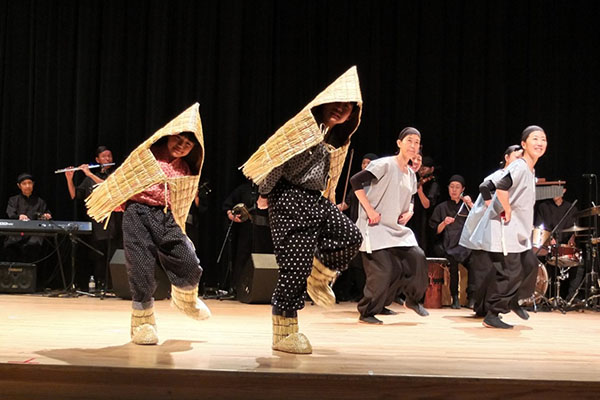 I was immediately reminded of a parallel case of false accusation.  When Canada declared war against Japan in 1941, the Canadian government falsely labeled Japanese-Canadians as enemy aliens that resulted in mass deportation to internment camps.

When I pointed this out to Matsui, she replied: “When I received the invitation from Miki-san, I decided that I should include Snow Crossing in the Winnipeg program.  It’s not just the Canadian government that makes false accusations.  We, including myself, are all liable to make false accusations.  I produced Snow Crossing as a warning against such human inclination.”

Miki addressed the additional theme of this story: coexistence.  He said that the moral of this story was: “accept people who might be different.”  Canada is a country of immigrants.  To counter racism, Snow Crossing’s message promotes the concept of tolerance.

The conclusion of Karakoro’s energetic dances was met with a well-earned standing ovation.  As an encore, all members of Karakoro sang “Flowers will bloom,” the song created to support the recovery of the Tohoku from the 3.11 earthquake disaster.  When the final part of the song, which included sign language, was repeated, the audience and performers sang together, creating a very moving sense of unity in the auditorium. 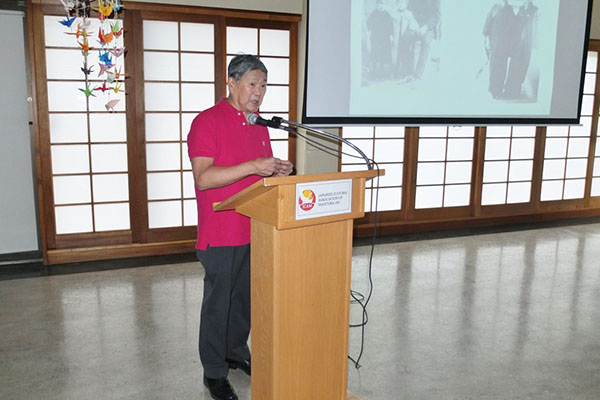 One other important purpose of Karakoro’s visit to Winnipeg was to attend Miki’s lecture, “Justice in our time”. What can be said regarding the imprinting message left on the Karakoro performers?  While there are many, director Matsui and I agree that it is the summation of six words that remain in the hearts of performers Iori Yara, Sayoko Matsumoto, Yumi Imanishi, and many others. Six words empowering spirits: Be proud of what I am. 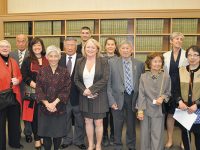