Osaka university professor develops a catfish that tastes like eel 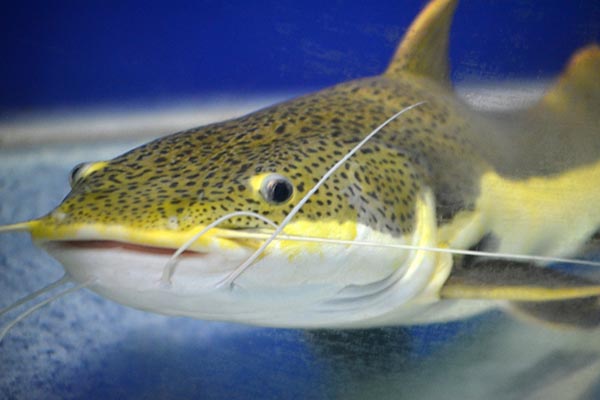 A catfish could be the saviour of Japan’s eel industry. Photo courtesy: Pixabay

OSAKA — A professor at the fisheries department of Kinki University’s faculty of agriculture is teaching catfish to slither in the name of taste.

Associate professor Masahiko Ariji has developed a catfish that has the same taste as an eel in the wake of it being added to the International Union for Conservation of Nature and Natural Resources’s Red List of Threatened Species last year.

The eel farm industry and restaurants that serve dishes based around eel meat told Ariji that, “If things remain as it is, our business is going rough.” In 2009, he began work on creating a catfish that could have the same taste and even the same texture as an eel, but he made his big breakthrough last year.

Kinki University is well known for its world’s first in achieving a full-cycle aquaculture of Bluefin tuna. The process involves having tuna breed successfully in captivity, which allows for the natural stocks of fish to replenish.

The dish sold out and received strong feedback from those who tried it with 85 per cent of those saying it was tasty.

“It is almost same taste as an eel. I could not notice if I did not know that it was a catfish,” said one consumer. “I can eat it easily because there is no small fish bone,” another said. “I did not feel fishy-smelling at all,” one student remarked.

On November 13, the university announced that it had started up a new company called Nihon Namazu Seisan Coporation with Ariji at the helm to sell the developed catfish in earnest as they expects that it will be in high demand next summer. They will begin shipping the catfish on the Midsummer Day of the Ox next year.

In Japan, people customarily eat eel to recover their strength during the summer heat, which is at its hottest near to the end of July. The Midsummer Day of the Ox occurs around July 20, so it’s a strategic day to start selling.

The new company will industrialize the catfish and contribute to the revitalization of natural ell stocks. They are also working closely with eel farming companies.

They are eager to serve the catfish for 500 yen a bowl in the near future.