Reading detective mysteries is how we enjoy our free time 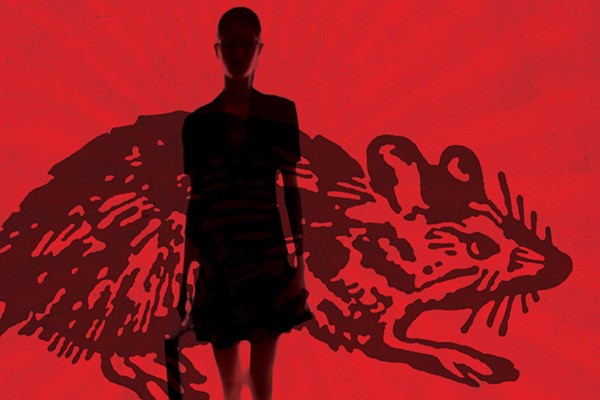 One of the many things that binds Betty and me together is our love of detective stories.

So on days or nights when no TV shows appeal to us, that’s what we are doing – reading one of the latest batch of mysteries I’ve brought home from the local library branch.

As I write this, there are 13 borrowed mysteries (mostly LARGE PRINT versions) on the special shelf in our home. Betty has read several and I’ve read all except two, so the next visit to the library will be quite soon.

What got me writing about one of our enjoyable passions is my belated discovery of two recent detective series that are set in Toronto. One is the Robert Rotenberg series about detective and Jewish-Canadian Ari Greene. Almost everything happens in the Ontario capital, and the names and places mentioned are usually familiar ones.

And because Rotenberg is himself a criminal lawyer, a tug-of-war court case about the particular crime is a vital part of each of his mysteries. Of the ones I’ve read to date – Old City Hall, The Guilty Plea, Strangle Hold, Stray Bullets – I’ve enjoyed The Guilty Plea the most.

The other new Toronto mystery series is even more striking in several ways. The heroine is a petite and pretty Chinese-Canadian named Ava Lee. As a forensics accountant, her role is described on Wikipedia (the online “encyclopedia”) as “chasing massive bad debts for a living.” That is, contesting very rich guys whose staff usually includes professional assassin types.

So far author Ian Hamilton has produced seven novels about her, beginning in 2009 with The Water Rat of Wanchai.

The six others to date have similarly exotic titles considering that she is a Canadian. They are: The Disciple Of Las Vegas, The Wild Beasts Of Wuhan, The Red Pole Of Macau, The Scottish Banker Of Surabaya, and The Two Sisters Of Borneo.

And the latest Ava Lee mystery titled The King Of Shanghai: The Triad Years came out last month.

The Ava Lee series has become so popular that in the final week of February, the Toronto Library system listed it had 18 copies coming, but the number of waiting holds were 215 in total or so. For those unfamiliar with library language, “Hold” means a request from a member to borrow a copy when it becomes available.

So Betty and I will have to wait a while unless I dash off to Chapters to buy a copy. At any rate, we haven’t yet read two of the previous titles, The Disciple of Las Vegas and The Red Pole of Macau. The last time I checked, all of the copies in the library system were in the hands of other borrowers.

In addition to the hero and heroine of these mysteries being based in the Ontario capital, what provides fun is to discover the references to the city of Toronto and its specific places. In the Rotenberg stories, almost everything happens in the city.

In The Guilty Plea, the first murder discovery happens within the first two brief chapters in a house on Hillside Drive. That’s a small street close to Broadview on the east side of the Don Valley Parkway. Then on page 18, the Ontario Food Terminal is mentioned, and on page 25, both the Gladstone Hotel and TIFF (Toronto International Film Festival) play parts in the story.

In the Ava Lee series, Hamilton has her living in the downtown Yorkville district. Each story starts off with Ava doing other familiar things in her hometown (e.g., having dim sum in a Richmond Hill restaurant) and also ends that way (e.g., coming home from Guyana at Pearson Airport.)

But as the titles suggest, in each case the heroine visits exotic foreign places as a vital part of her work. Lee is typical of young people these days who take for granted being able to fly off to far-off lands or return at short notice.

And author Ian Hamilton, who as a businessman is said to have worked in more than 30 countries, has told interviewers that in these Ava Lee adventures he only uses the places he knows well.

Another aspect of these different stories is how comfortable Hamilton is in telling us about the effects that Chinese and other Asian cultures have on not only the heroine’s behaviour, but also on some of the people she has to deal with.

One unique quality of this fictional heroine is how petite Ava Lee can defend herself against physical attacks, being an expert of a little-known Chinese martial art called Bak Mei.

Although I am a judoka and have studied other Asian martial arts, this is the first time I learned about Bak Mei, which is another form of Kung fu. And going online, my discovery was that it is not something invented by Ian Hamilton, but the real thing. And apparently there are Bak Mei dojos in Toronto.

As well, CBC will be adapting Ian Hamilton’s book series into a new show. It will be a limited series that will be produced by Strada Films who have made several book-to-tv adaptations.

Anyway, even if you’re not a mystery addict, I recommend the first Ava Lee novel, The Water Rat of Wanchai, for you to explore. And for mystery lovers, both Toronto-based series by local authors are well worth your while. Just in case you haven’t discovered them already.

As mystery addicts, Betty and I have consumed so many mystery novels from the Toronto Public Library that it would take a while to give you an accurate count.

And we are so fortunate to live in the city reported to have more public libraries (99-100) than any other in the world.

One other more familiar Toronto-based detective series is much better known because of its popular TV version. That is the CBC-TV’s Murdoch Mysteries which is currently in its seventh season.

Betty is an ardent follower of the detective’s adventures that take place back in late 19th century Toronto.

Murdoch is played by Montreal-born Torontonian Yannick Bisson, who was one of the leads in the amusing Sue Thomas F.B.Eye series. So Monday nights from 8-9 is Betty’s Murdoch Mystery time.

Which means I can’t join in because often a Toronto Raptor game is going on at the same time. And pro basketball is my wintertime sport, having given up on ice hockey back in Harold Ballard’s time.

So my option is to catch repeats of Murdoch Mysteries episodes—they are often available on different TV channels.

And also, I can always fall back on reading the original novels by Maureen Jennings from which the well-done TV series was developed. And by the time I’ve done that, there’ll be new detective stories to enjoy. 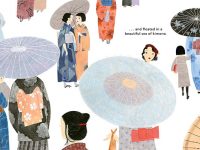 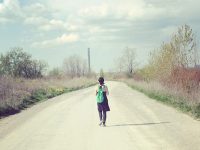 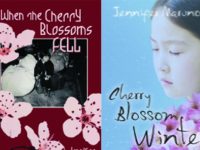 Frankly Speaking: Books about JCs that we all should read
July 25, 2016