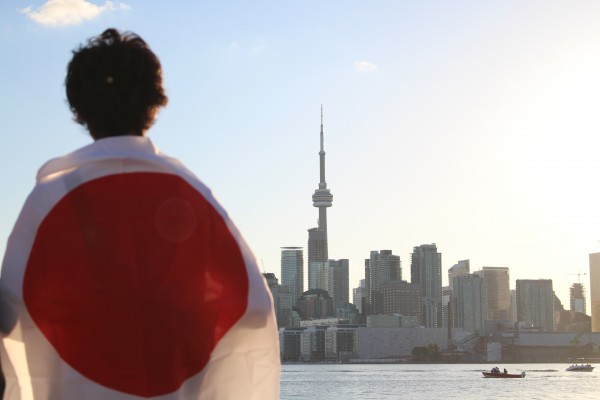 As we all know, Japan was eliminated yesterday from the 2014 World Cup, but that didn’t stop Nikkei Voice from making a list of the reasons why we think Team Japan is still awesome.

Pikachu was the team’s official mascot. Yes, you read that correctly.

Pikachu is looking a little larger than virtual life in this promotional pic.

Even though Japan didn’t make it to the round of 16 as they did four years ago, without a doubt, the mascot competition is already in the bag for team Japan.

Not even the official mascot of the 2014 World Cup, Fuleco, who apparently is, “The very first Brazilian three banded armadillo” can compete with Japan’s Pokémon fueled mascot dream team.

Can you name them all?

When looking for the country with the best mascot, Team Japan, I most definitely choose you.

The team’s followers are loyal internationally

In Toronto, thousands of Japan’s fans flocked together at a viewing party at the Polson Pier. Nikkei Voice went to the event and even though Japan lost to the Ivory Coast, Japan’s spirit at the viewing party was one to be remembered.

Even after losing their first game at the World Cup against Ivory Coast, Japanese fans showed their manners rather than madness.

Cleaning up after yourself at a sporting event just isn’t the norm, for whatever reason. But Japan’s fans in good spirit cleaned up the stadium, leaving no mess behind.

Even though the soccer gods may not have taken notice, surely the janitors in Brazil were rooting for Japan to move on to make their jobs a little bit easier.

Well probably not since they’re likely Brazilian, but regardless. It was the right thing to do, so kudos to Japan’s fans for being respectful.

Japan’s fans even poked fun at all the media attention they were getting for cleaning up after games and used the signature “blue samurai garbage bags”  as a prop to cheer on their team.

Japan’s soccer fans went all out. Admit it, seeing fans like these all the way in Brazil to support the Blue Samurai’s pretty cool.

Lessons from Ochi: The inaka and the boogie man
November 20, 2020