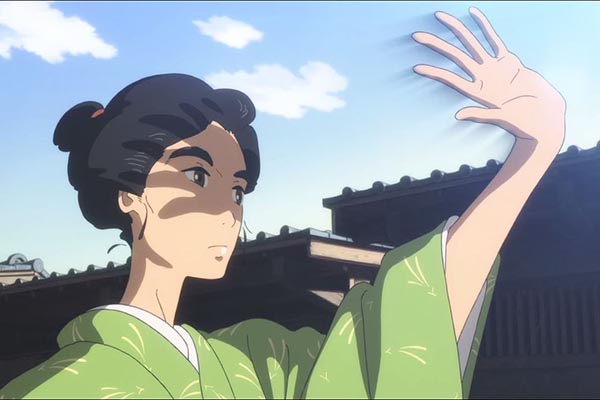 By: Hiroki Kitani and Riku Kawahara

Films by East, South and Southeast Asian artists in Canada, the U.S., Asia and all over the world are shown each year. There are also a number of films from Japan that will play this year. It is also Canada’s largest Asian film festival and now in its 19th year.

The film fest will be held from November 5 to 15, 2015 in Toronto and Richmond Hill. Here are four Japanese/Nikkei movies from 2015’s Reel Asian selections.

This film tells the story of a woman named O-Ei whose father is Tetsuzo, also known as Katsushika Hokusai, one of Japan’s most accomplished artists. What most people didn’t know is that she would often paint for him, but her work would go uncredited.

Based on a true story, very few people today are even aware of O-Ei’s contributions to the arts, so this is a much deserved untold story of a largely unknown, but very accomplished, artist. For more click here.

Shoko is a former entrepreneur who carries a huge debt both financially and emotionally. After a failed marriage and several failed business ventures (including a matchmaking service), she visits Bali Island in Indonesia, but is disappointed with what she finds. Somewhat despondent, she then comes across a Japanese man named Aniki… who also just so happens to be a multimillionaire living in the country.

Shoko decides to learn from his laid-back philosophy and discovers some redeeming qualities in this somewhat shady figure. It’s a funny story about two oddballs trying to make it in a beautiful setting. For more click here.

Suzuki, a college student in Shizuoka Prefecture, is job hunting. It’s a tough life looking for work, but during this time he begins an awkward romance with a dental hygienist named Mayu Maeda. However, he is then told he has to move to Tokyo after he finds a job and the two are forced into a long-distance relationship.

Over time, their relationship starts to fall apart as Suzuki begins spends more and more time with another woman named Miyako. For more click here.

David “Mas” Masumoto isn’t thinking about retirement from his family farm, but passing along the family’s organically grown legacy to his kids. From director Jim Choi, Changing Season: On the Matsumoto Family Farm tells the story of generations of Japanese Americans as they strive to keep their peaches thriving.