Remembering 3.11 – from disaster to recovery to remembrance 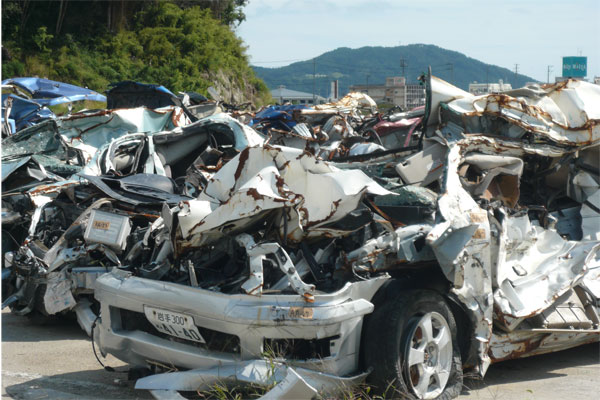 Three years down the road from the 2011 Tōhoku earthquake and tsunami, the impact is still being felt.

On Tuesday, Japan mourned the three year anniversary of the disaster that caused a humanitarian crisis in the country and set off what would be the country’s first nuclear emergency at the Fukushima Nuclear Power Plant located near Sendai.

With over 300,000 evacuees, close to 16,000 reported dead, and many more missing it was an event that would see Japan call upon the world’s help and the world would witness the gaman and resolve of the Japanese people.

As Globe and Mail reporter Mark MacKinnon wrote during the event, “As one catastrophe piled on top of another, a very Japanese deference to authority emerged, as well as a national desire to see civility prevail, no matter the circumstances.”

Today, Japan remembered the events of the disaster in various forms.

Sanfrecce Hiroshima's "3.11" celebration – a tribute to the 15,884 who died in Japan's Tohoku earthquake in 2011 pic.twitter.com/7oWnfJXudC

Three years after 3/11 in photos: What does Tohoku look like and how are people remembering those who were lost? http://t.co/QeiWWqokdr

In the wake of the disaster, a number of tributes where held in recognition of the loss suffered by the Japanese people. One of the most striking was Japan in a Day co-directed by Ridley Scott and Philip Martin. All of the footage in the film was shot on the one-year anniversary of the earthquake and shows a day in the life of the Japanese people.

Today, the human and economic impact of the event is still being felt in Japan.

In April 2011, the Japanese government estimated that the cost of the damage would exceed 25 trillion yen (300 billion dollars). More than that tens of thousands of acres of farmland were damaged by the earthquake and manufacturing plants in the areas surround the Fukushima plant were closed due the proximity to the radiation zone.

Japan is still recovering from the 2011 Tōhoku earthquake and tsunami, but with international help and hopes behind the country they’re not alone.