Remembering the Nisei Tennis League a Toronto and Cleveland collaboration 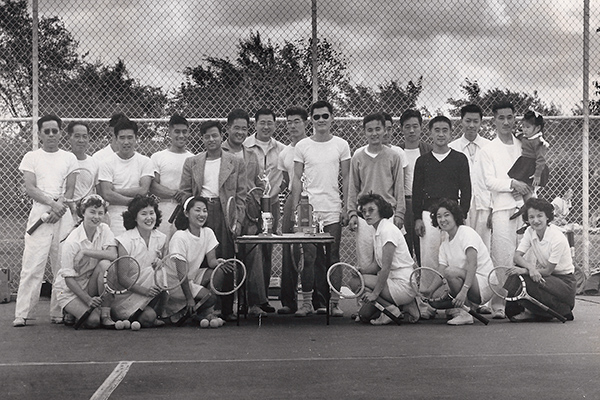 Sports bring communities together with friendly rivalry and competition, and Japanese Canadians know all about the importance of sports in their cultural identity.

The Vancouver Asahi is still one of the most talked about baseball teams in Canadian history, but smaller teams have also made their mark.

Forming in the early 1950s, the Nisei Tennis League was comprised both Vancouverites and Torontonians and brought Japanese Canadians together in a time when they couldn’t have been further apart, geographically speaking.

In Toronto, Trinity Bellwoods and Earlscourt neighbourhoods each had their own respective players, but every year a Nisei Open would bring everyone together to compete.

“I go back a lot with tennis, I’m a bit of a fanatic,” Stan Nishimura, a former member of the tennis league, says.

“There was an Earlscourt group at Lansdowne and St. Clair and that was a group of the older Japanese and Caucasian friends, but I came in on the scene later as a young person and was actually just leaving Ryerson as a grad.”

However, on the other side of the border, a similar group had formed.

“It was called the Nisei Tennis Club and my grandfather started it with a bunch of people,” Matthew Hashiguchi, a Japanese American yonsei living in Cleveland, says. “We would go every Sunday to a tennis court in Cleveland to play and every June or July we would go back and forth.”

Cleveland’s Japanese American population swelled when businesses opened their arms to the experienced hands of Japanese told to move East during the internment years.

Employers would send notices of employment to the War Relocation Authority and gave Japanese Americans clerical or industrial jobs.

And like many of the displaced Japanese Americans and Canadians in North America, a community began to form and sports league started to coalesce.

“Every year the Japanese Canadians would come to Cleveland and we would have this big tennis tournament,” Hashiguchi recalls.

Both leagues knew of one another and every year was a chance to meet new people and find friends in an unlikely place.

“It was a good social gathering both there and when we had it here,” Nishimura says.

“There was a lot of beer drinking,” Nishimura laughs recalling the memories. “A lot of the older players would go to pubs with the younger players.”

Unfortunately, both leagues began to lose members and no longer exist in the same way as they used to; however, many of the players still pick up their rackets and play today. 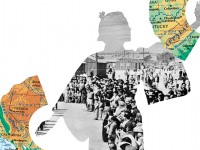 
Many from Earlscourt and Trinity tennis we’re active skiers in the High Park Ski Club. Certainly Stan Nishimura was one of them.

I was too …. Dave Stock. I would love to be able to connect to Stan.