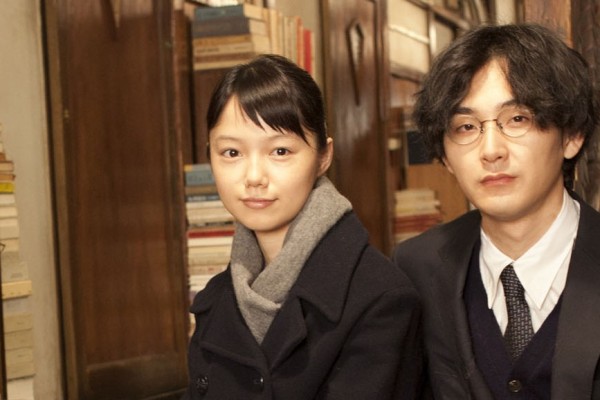 Dictionaries are warehouses of language.  Great structures with many hallways, galleries, and secret rooms housing countless words, each recognized individually, all waiting patiently to be spoken.

But what of the work building these giant repositories?  The innumerable hours sourcing and sussing out innuendo, inflection and idiom?  It’s a process defined by many long years, generations, and in some cases, lifetimes of assemblage.

The Great Passage is the story of a dictionary.  The making of any dictionary, in any language, is a process fraught with great responsibility and seemingly endless term.  Not an easy process to capture on film.  (Given this, one might be hesitant to witness a cinematic representation.  No worries here!)  The real story is not the dictionary itself, but the people who build it, and the varied convolutions in their lives.

Mitsuya Majime (Ryuhei Matsuda) is a reticent loner in the sales department of Genbu Books Publishing Company.  He knows books (his bedroom is effectively a library) but lacks—almost completely—the ability to communicate with anyone other than his landlord and pet cat.  That weakness finds Majime transferred out of sales and shoved into the editorial wasteland of Genbu dictionaries.  Not exactly a promotion.  The year is 1995 and a paperless world lingers on the horizon.

Dictionaries are viewed as unnecessary relics.  There is talk of management scrapping dictionary publishing altogether.

Majime finds himself with a cadre of cast-offs in a room besotted with books.  A veritable Land of Misfit Toys.  Their intentions are good (they are all good people), but their function is problematic.  After all, who needs dictionaries?  Undaunted by rumors within the company, elderly chief dictionary editor Matsumoto (Go Kato) and whacky co-editor Masashi Nishioka (Joe Odagiri) huddle up with Majime and begin their momentous task.  So many words!  Together they start building a dictionary to “float upon a sea of words.” 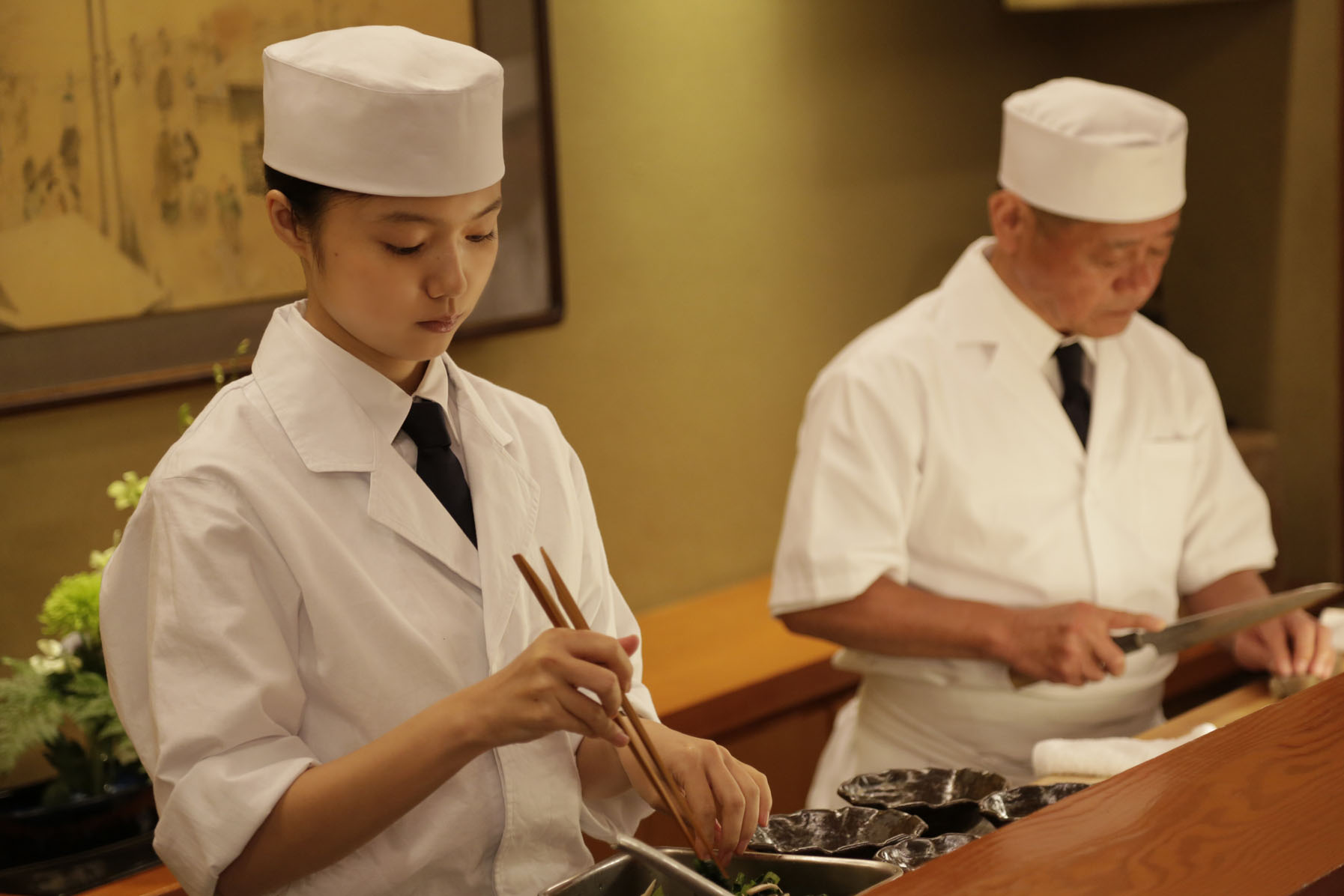 But then Majime meets and falls in love with Kaguya Hayashi (Aoi Miyazaki), the granddaughter of his landlady.  (And he falls like an ice-climber with no crampons.)  A man of few spoken words, but a master of definitions, Majime struggles to articulate his newfound feelings verbally.  He can’t express what he doesn’t understand.  But Majime’s struggles with love eventually liberate his bookish personality, breathing life into both his relationships and epic task at hand.

There are two flash-forwards in this film: one of twelve years and one of twelve months.  (The action encompasses some fifteen years)  Large gaps in time are sometimes regrettable cinematic devices, but not in this case.  So many words!   Needless to say the process comes to fruition in the end, complete with the odd twist or two.  Throughout the movie the viewer can only be impressed by the Herculean effort and unimaginable thoroughness involved.  That kind of responsibility is not for the faint-of-heart.

The Great Passage is Japan’s entry for Academy Award foreign film contention.  It premiered at the Hong Kong International Film Festival earlier this year and is based on a best-selling novel by Shiwon Miura. 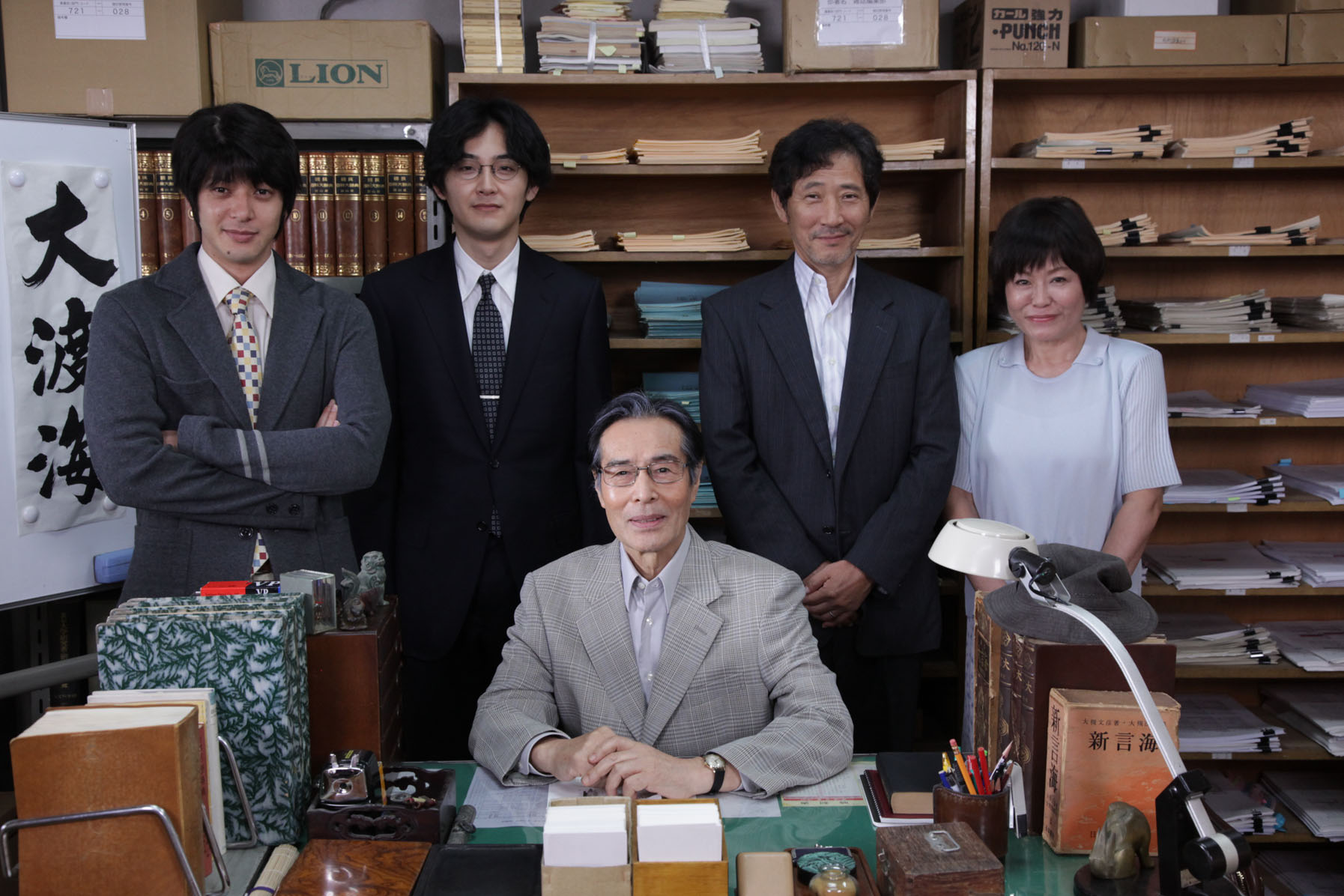