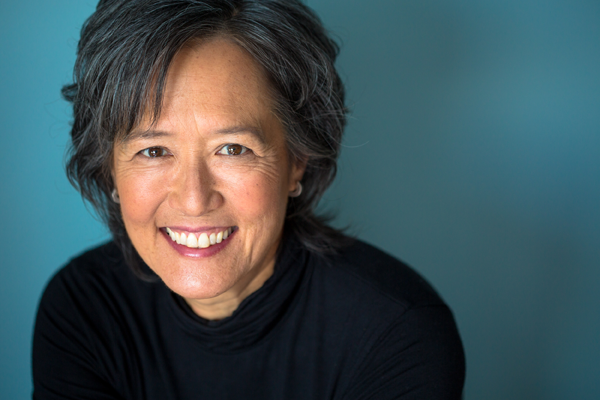 Ruth Ozeki’s third book was shortlisted for the 2013 Man Booker Prize, one of the world’s most prestigious and rich literary awards.

A Tale for the Time Being moves across time and continents, exploring themes of life and death, through an ancient Zen Buddhist nun, a kamikaze’s secret letters, a teen suicide, and the terrible 2011 Japanese earthquake and tsunami. Yet I did not find the book morbid, perhaps because I listened to the audio edition.

Ozeki herself narrates – and she’s a Zen Buddhist priest.

“It’s a story of a young Japanese school girl, named Nao Yasutani, who is sitting in a Tokyo maid cafe, writing in her diary,” Ozeki tells Nikkei Voice in an interview.

“It’s a story about her and about the woman who finds her diary, who is a novelist named Ruth, who lives on a remote island in British Columbia,” she says. “So it’s really the story of the relationship of these two women, by means of this mysterious diary that washes up on the shores of the island.”

Ruth Ozeki, like the novel’s Ruth, lives on a remote island, with a husband named Oliver, and a cat. “Ruth’s story in the book is similar to mine. I was taking care of my mother, up here on this island.” Having difficulty writing fiction, Ozeki decided to write a memoir.

However, as she said, “novelists have a hard time with things like memoir’s, because fact always morphs into fiction. And so you can read that half of the book as a failed attempt at a memoir.” 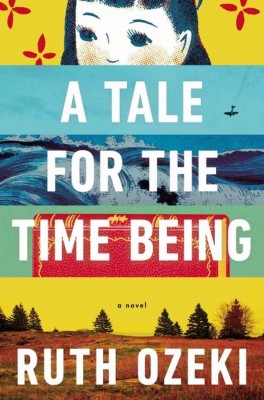 ‘A Tale For The Time Bring’ was shortlisted for the Man Booker Prize in 2012.

Nao’s diary is written in a book made with the cover of Proust’s In Search of Lost Time. I asked how this altered book fit the themes of the novel.

“The idea of ‘hacking’ and of instability was something that really appealed to me.” She admits to, “a kind of a subterranean Buddhist inquiry into the nature of self and no-self, which is also sort of infusing the book.

Nao’s great-uncle speaks through letters he wrote when recruited as a World War II kamikaze. It was shocking that he considered crashing his plane without killing any “enemies.”

I was even more surprised at my feeling of relief. Apparently, the internalization of the popular western notion of kamikaze as something inhuman, and having Japanese genes somehow made me that way too. Ozeki agreed.

“A lot of these young men were sensitive, highly educated, intelligent, thinking, feeling young people who were for various reasons caught up in this war, and yet who had serious doubts about their role in it.”

“Also, they knew they were going to die. How do you spend your days if you know that you are going to die, you know, that there is certainty about it. That was fascinating,” she said.

The other thing felt in terms of my own reaction was a sense of physical relief.

It’s very much as Ozeki described, it humanized the soldiers in a way that I had not experienced before.

When asked about her background, Ozeki laughed, “It gets very complicated because when you are half Japanese, half Anglo-Caucasian, with American and Canadian citizenship. It gets very hard to describe oneself in a clean sound-bite,” she says.

Growing up in Connecticut, with a Caucasian father, Ozeki said they did not speak Japanese at home, eat Japanese food, nor celebrate New Years Day.

She has pictures of herself dressed in kimono under a Christmas tree, and says she found Japanese items in the house “fascinating.” She also thought her grandparents, who practiced Zen meditation, were “incredibly cool.”

“By the time I finished, I spoke Japanese quite well.” For many years, she worked in Japanese television that provided material for her first novel, My Year of Meats.

She said this was incredibly liberating and that the stereotype of whom she thought she should be, “a quiet Japanese girl” was now broken apart.

“I can be a loud, raucous American, that’s fine, that’s my cultural heritage too.”

Finally, when answering what three things she always had in her pantry, Ozeki said o-shoyu, miso and Chinese cooking wine.

“I don’t get fancy, but I cook with what’s available. The great thing about being up here is that there is fish and veggies and there are oysters when you run out of everything else. It’s pretty great.”

This article was reprinted from Nikkei Voice’s Summer Issue. Subscribe or donate today to see articles like this in print!


[…] influence for Ferguson was Japanese Canadian author Ruth Ozeki, whose glowing review of Satellite Love sits atop the book cover. For Ferguson, Ozeki’s […]