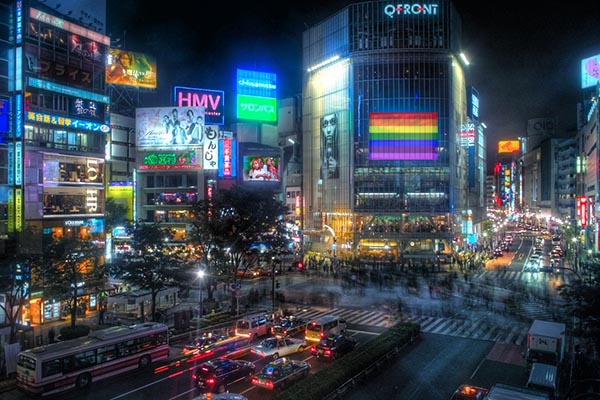 Shibuya ward in Tokyo is one of the first in Japan to have the certification that would allow same-sex couples the same rights as everyone else. Photo courtesy: WMC

TOKYO – Shibuya and Setagaya wards in Tokyo have started the first system in Japan that will issue certification to recognize same-sex unions providing couples with the same rights as other.

Hiroko Masuhara, 37, and Koyuki Higashi, 30, received the certification and became the first couple to register their partnership with Sibuya ward.

“I want many people to know that same-sex couples are around you,” Higashi, an actor, said as they were congratulated by the mayor, Ken Hasebe.

“As a first step, I hope this will spread across Japan,” she said.

Same-sex couples who have the certification are now allowed to rent apartments for a family run by a participating ward. There is also a possibility that the certificate could allow same-sex couples to share in the same benefits as other couples in terms of insurance policies, work-related benefits, and things such as a say in operations should their partner be unable to make a decision for themselves.

Based on the Japan’s constitution, the country still does not allow for same-sex unions, so the certification is still not legally recognized.

Although there are many limitations to the certificate, this is a big step in engaging people and raising awareness to the discrimination and prejudice against to Japan’s LGBT community.

The acceptance and visibility of the LGBT community in Japan has been changing little by little, but the country still lags far behind countries like Canada, the Netherlands and Iceland.