Scams Target Almost Everyone These Days, Here’s How to Protect Yourself 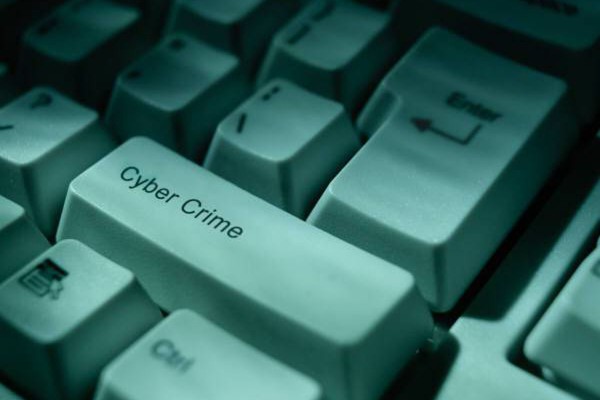 I asked him a question about cyber crime and mail fraud, and he said this is a very difficult area for the police to investigate, track or eliminate. He noted that the public has a certain expectation of privacy when it comes to their internet usage, and stressed that everyone must be very vigilant when it comes to this massive sector of increasing criminal activity.

In this month’s article, I would like to touch on some of the more prevalent types of fraud in our society today and steps you can take to help protect yourself and your family from becoming victims.

Cyber Crime is a term used to cover computer and internet-based criminal activities. It includes computer misuse such as viruses which can destroy your data, computer hacking, spam email and “spy programs” which can “steal” your data.

Worst than that, cyber crime includes financial fraud like online theft, scams and “phishing” where emails appear to come from reputable sources like your bank, asking you to reconfirm personal information such as your bank account number and personal access code or PIN number. The bank will never ask you for that information, as they already have it in their highly secure computer network. While most people recognize they should withhold their personal information, unsuspecting or trusting people may not see the danger in disclosing details, leaving them vulnerable to identity theft, or their bank accounts accessed by unauthorized users.

As an example of one of the dangers of identity theft – one gentleman that attended the Town Hall meeting said that someone impersonated him (through identity theft) and was able to take out a mortgage against his house and withdraw a huge amount of money without his knowledge or consent. Being unable to make the monthly payments, the bank seized his house. It has been more than 3 years and the police still don’t have enough evidence to lay charges. Chief Blair was very sympathetic but said this type of crime is extremely hard to track or prosecute.

➢ Treat unsolicited emails with caution, even if they appear to be from reliable sources like banks
➢ Do not open attachments or click on website links in unexpected emails, even if they are from a friend
➢ Do not share files, programs, personal information or send entire financial account numbers, SIN
➢ Avoid “FREE” software unless it is reputable, even if it claims to eliminate all viruses, spyware, etc.
➢ Use a trusted anti-virus software with automatic updates to protect against new viruses
➢ Use different passwords for different websites and keep your passwords in a very secure place
➢ Use a cross-cut shredder to destroy bank statements, credit card & portfolio statements, tax returns, etc.

I have received many nearly identical emails from friends in my email address book who are “overseas and have had their wallet or purse stolen, including all their money, credit cards and passport”. It goes on to say that they “can’t leave the hotel, airport or country” and desperately need me to wire them some money so they can get home and they “will pay me back immediately”. In not a single case have any of these emails been legitimate – the sender’s email was hacked and these fake emails were sent out to everyone in their address book.

Mail fraud has been around much longer than cyber fraud. In Lottery scams, the fraudsters send out “official” looking letters from a nationally recognized lottery, announcing that the recipient has won the jackpot of a million dollars or more. The letter typically states that all taxes and fees have been paid except for a small percentage which “must be paid by the winner” before they can release the prize. These letters look very authentic, and dreams of wealth and fortune makes people’s heads spin and impairs their judgment. Don’t become a victim – read the tips below.

3 tips to Avoid Getting Scammed

1. If someone sends you a cheque and asks you to send money back in return, don’t!  If you are told you have won a prize and are asked to cash a cheque and send or wire money back, do not! The cheque is a fake.  Legitimate sweepstakes will never ask you to pay a fee to claim a prize.

2. If the company name sounds familiar or legitimate and you assume you can trust it, think again!  Scammers oftentimes use the names of legitimate companies in an attempt to deceive and gain consumers trust.  Criminals will pretend to represent a well-known, recognized and trusted brand name. Always contact the legitimate company directly (and not using the 1-800 number they give you in the letter) and talk to one of their representatives.

3. If someone asks you to wire money to claim a sweepstakes prize, don’t! Most scammers will advise consumers to wire money via a money-transfer service.  Con-artists want money sent to them via a money-transfer service because it’s quick and virtually impossible to trace and recover.  Wiring money is like sending cash and once it’s gone, it’s nearly impossible to get back.

These are but a few of the many ways that con-artists try to separate people from their hard-earned money. Always be aware, vigilant and cautious. If you have aging parents or children, you should also look out for them – talk to them, discuss the above and be aware of their activities, especially when it comes to the computer.

While the computer and internet have opened up a whole new world for people to discover, they also present a huge vulnerability because the internet is a public domain and is generally not patrolled by police or any governing agency.

Don’t become a victim yourself – be cautious, be safe!

This article was prepared solely by Martin Kobayashi, who is Director, Private Client Group of HollisWealth Advisory Services Inc. (a member of the Mutual Fund Dealers Association of Canada and the MFDA Investor Protection Corporation).

The views and opinions, including any recommendations expressed in this article are those of Martin Kobayashi alone and they are not those of HollisWealth Advisory Services Inc. Comments can be directed to m.kobayashi (at) holliswealth (d0t) com or 416.510.1565 ext. 224