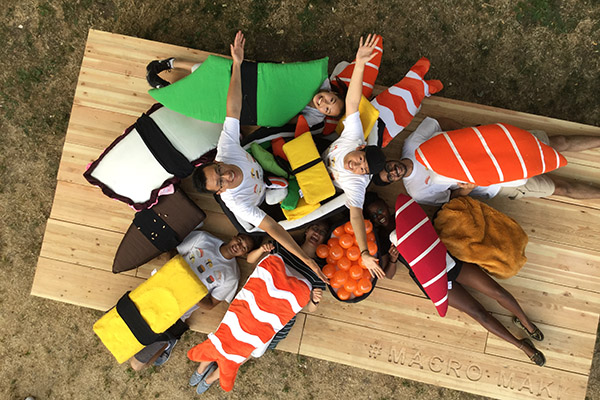 Vancouver — Festival-goers were able to wrap friends and family up in larger-than-life sushi rolls at this year’s Powell Street Festival on Aug. 5 and 6.

The installation, called “Macro Maki” let participants dress-up in pillow-like sushi costumes and pose on a giant wooden sushi block, where their photo was taken with a camera held up with a giant pair of chopsticks. 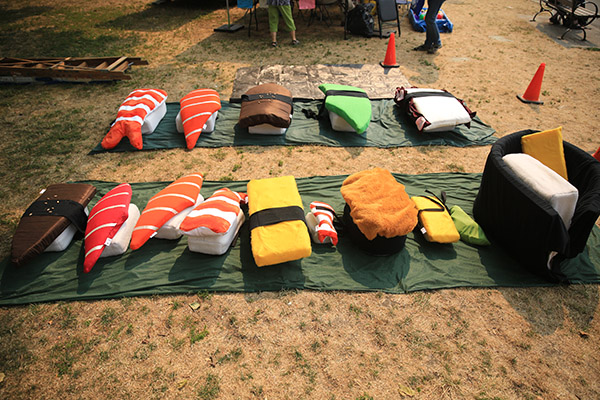 Macro Maki was the winning design by a group of architecture master’s candidates from the University of British Columbia. The contest was presented to students from the festival, looking for an environmentally conscious and socially engaging installation that celebrates Japanese culture for the annual Japanese Canadian festival in Vancouver.

“Macro Maki is exuberantly participatory, and embodies the energy and youthful spirit of the Powell Street Festival. The play with scale and performance on a crafted sushi ‘block’ that doubles as a stage will no doubt become of the highlights of the festival,” said Kelty McKinnon of Powell Street Festival Studio in a press release.

“It really started with a conversation with this idea, we wanted something that is fun and memorable,” team leader Arkgo Chen tells the Nikkei Voice in an interview.

“We were inspired by the artwork of a chef kind of beautifully laying out food on top of the plate, and we just kind of scaled it up. And we all love sushi!” 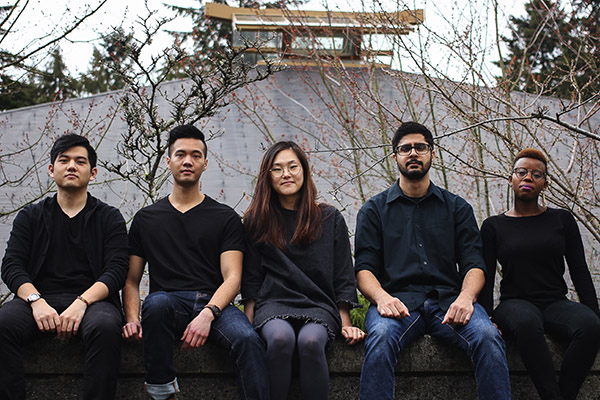 Dressing up as sushi was a fun nod to the current Japanese pop-culture trend of cosplaying, or dressing up as popular anime characters, but instead with sushi.

Along with a $1,000 prize and production budget, winning this contest lead to a mentorship with Bing Thom Architects and Abaton Projects.

Shinobu Homma and James Brown from Bing Thom Architects together with Gary Smith of Abaton Projects acted as mentors for the students, helping them design and create their final project.

The students also worked with a graphic designers, social media experts and a Vancouver fashion designer,  who taught the group how to sew and create the sushi costumes.

Working with all these different mentors was something he would not have been able to experience in school, says Chen. It was a way to try everything he had learned in school in a more hands-on environment and taught him the importance of expanding his knowledge just past architecture.

“I think for new architecture and new designers, its very important to have an open mind and work with cross-disciplinary people,” explains Chen.

“It was very diverse, we were working with so many different sectors and as result, Macro Maki is jumbo, with everything.”

Now, Macro Maki is looking at ways to expand, and become more of a business or travelling art installation.

The giant sushi block people posed on can double as a stage for tea ceremonies, music or calligraphy performances, as a way to make the project environmentally-conscious, says Chen.

During their time at the Powell Street Festival, the group was invited to set up Macro Maki at the Richmond World Festival a few weeks later.

Though most rewarding was seeing how well-received their project was at the festival, says Chen. There was always a line up to a half-hour long, and even UBC president Dr. Santa Ono tried out a sushi costume with his family.

“It’s just great seeing people taking it on and being really creative with Macro Maki,” says Chen. “They themselves are the artists, creating their own combos.” 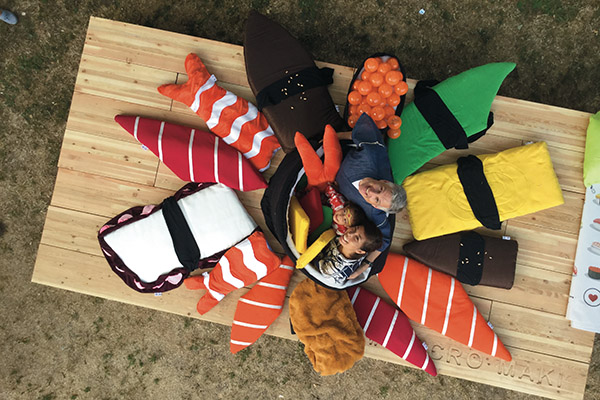