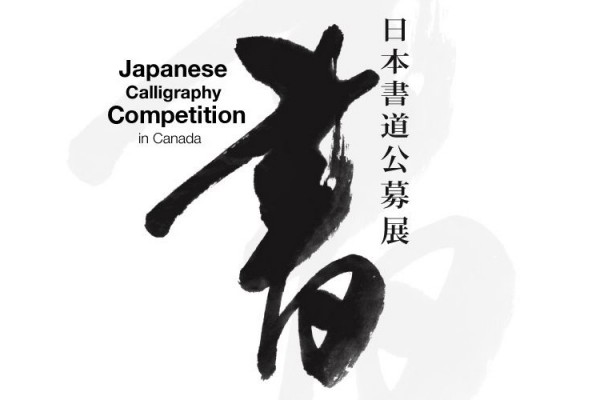 The Seventh Annual Japanese Calligraphy Competition in Canada was held at the Japanese Canadian Cultural Centre from Oct. 19 to Nov. 2nd.

Organized by Shodo Canada, the competition saw entries from all over the country with over 160 pieces submitted and 5 grand prizes offered to the winners.

“This is an annual competition that’s on a really high level,” Noriko Maeda, the director of Shodo Canada, said in an interview with Nikkei Voice. 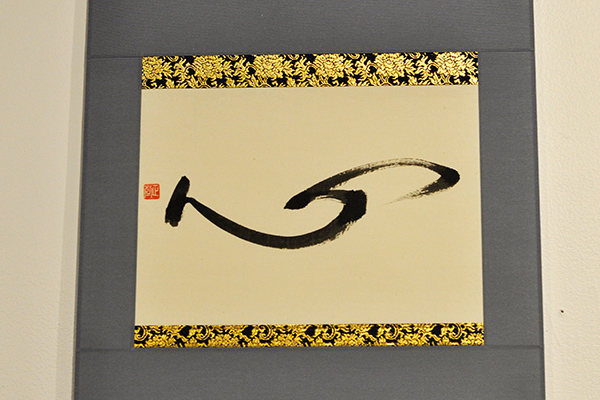 In Shodo, each work has its own form of expression even if the core characters are always written in the same way. For example, “心” meaning “heart” even if the letter used in a number of the pieces, the expression differs for each artist. Perhaps they have a difference background or a different understanding of what “heart” means to them.

The reader also gets in on this experience. Some people see it as a happy heart, others see it as a crying heart depending on how they feel.

“Shodo is only black and white, so that allows us to exercise our imagination,” Maeda said.

When the pieces in the competition were juried, penmanship was not the only thing they looked for. They judge the works in term of shape, balance, originality, etc. An advance artist can win with beautiful technique, but a beginner can also win through his or her faithfulness to their vision. 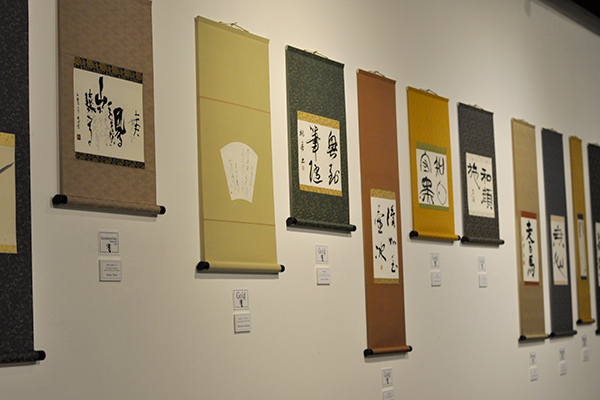 A variety of the mountings seen at the competition. Photo: Mio Matsushita

Mounting the piece is also an important part of this traditional art form. Craftsmen in Japan select the colour of their mount meticulously in order to enhance its look.

For instance if you have “桜” (“cherry blossom”) as your central character they might pick a pink color to remind onlookers of the cherry blossom itself. Also, the Ichimonji, the balt-shaped parts put on the upper and lower side of the work, makes a big difference, according to Maeda.

Due to the individuality of the works and the high quality of the mountings available, this competition has become a cornerstone of Canada’s Japanese community.

“The beauty of shodo is layered and profound,” Tetsuya Yoshimoto, deputy consul general of Japan, wrote in a statement. “It can lie in the meaning of the character or passage of text, as well as in their visual presentation … In this sense, shodo’s appeal has become universal.”

The deadline for next year’s competition is in February. Visit Shodo Canada for more details.

Debbie Ridpath Ohi on putting love and heart on the page
August 5, 2020