Sony cancels theatrical release of ‘The Interview’ in wake of threats

Sony Pictures announced today the cancelation of theatrical releases of The Interview in the wake of a slew of threats from a group called the Guardians of Peace.

The film in question stars Seth Rogen and James Franco who play interviewers on a secret mission to assassinate North Korean leader Kim Jong-un. One of the offending scenes in question depicts the North Korea’s leader being blown up in a helicopter.

Sony received threats from the hackers stating that if the film was released citizens could expect a 9/11-style attack on cinemas.

In a statement, Sony mentions that there are now no plans to release the film in the future and told moviegoers that they stand by their filmmakers right to free expression even after pulling the film:

We are deeply saddened at this brazen effort to suppress the distribution of a movie, and in the process do damage to our company, our employees, and the American public. We stand by our filmmakers and their right to free expression and are extremely disappointed by this outcome.

U.S. lawmakers are concerned that Sony is setting a bad precedent by removing the film stating that they allowed fear to motivate the film’s removal. Former Governor of Massachusetts Mitt Romney told the company in a Tweet not to cave into pressure and release the film for free online, or charge a small amount of money to help battle Ebola.

No one should kid themselves. With the Sony collapse America has lost its first cyberwar. This is a very very dangerous precedent.

Dear @SonyPictures – please make #TheInterviewMovie available in DVD so I can decide whether to see it, not N. Korea.

The removal of this film is somewhat unprecedented. Usually, a film is pulled from theatres due to something bad that happened after it has screened, not before.

A Clockwork Orange was pulled from theatres at the request of director Stanley Kubrick. In that case, a series of copycat killings after the film first screened was enough to make European lawmakers call for a ban on the film and convince Kubrick to give consent.

There are also examples of films being cancelled due to their links to tragic events. Jackie Chan’s film Nosebleed had him starring as a window washer at the World Trade Centre in New York, but due to the attacks of 9/11 the film was cancelled and production ceased.

The Interview has not yet been released, but in fear of something happening Sony Pictures has removed the film. The film’s director Evan Golberg and screenwriter Dan Sterling have both voiced their concerns over its removal saying that creative works shouldn’t be silenced.

“No film has ever sparked a war; comedy makes fun of everyone,” Sterline said in an interview. “Comedians shouldn’t be held accountable for acts of violence – and those we satirize shouldn’t be silenced.”

Seth Rogen and James Franco were the stars of the film, but moviegoers will have to wait to see the film once Sony has released more details. Photo courtesy: Sony

The film was set for release on Christmas Day this year and commercials are still playing on television. There’s little hope of seeing it either in theatres or online, according to the Sony’s statement. 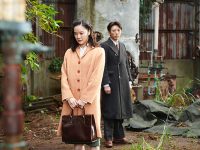 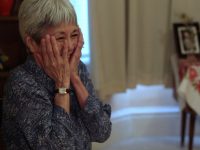