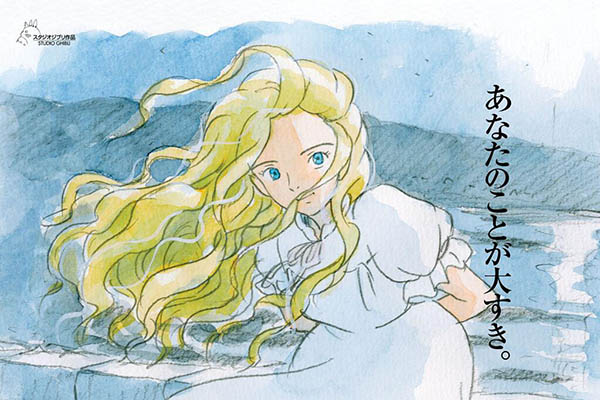 “When Marnie Was There” is up for an academy award for best animated film, but will face stiff competition. Photo courtesy: WMC

Studio Ghibli’s When Marnie Was There has been nominated for the best animated film award at this year’s Academy Awards.

This is the fifth time a Studio Ghibli film has been nominated in the category following The Wind Rises and The Tale of Princess Kaguya in 2013 and 2014 respectively.

This is also the first film from the studio that has been nominated where directors Hayao Miyazaki, who retired in 2014, and Isao Takahata, director of Grave of the Fireflies, haven’t taken part.

Hiromasa Yonebayashi, 42, the director of the nominated film, said that hopes he’ll be able to make more films for children following When Marnie Was There’s recognition at the awards.

The film stars Anna, a depressed 12-year-old orphan, who meets a young girl named Marnie when she moves in with her aunt and uncle in Hokkaido.

This story shows how Anna’s life changes as she builds a friendship with Marnie. It’s a film that’s both sweet and tender, and displays Ghibli’s storytelling prowess.

Yonebayashi is known for his work on The Secret World of Arrietty and for his roles as an animated on various other Ghibli projects, but left studio last March.

In August this year, the Studio Ghibli announced its animated features will be on hiatus for the next few years as they look to restructure the company.

The Academy Awards will take place on February 28th this year.

When Marnie Was There will be competing against four other nominees including Inside Out, Shaun the Sheep Movie, Anomalisa, and Boy & The World.