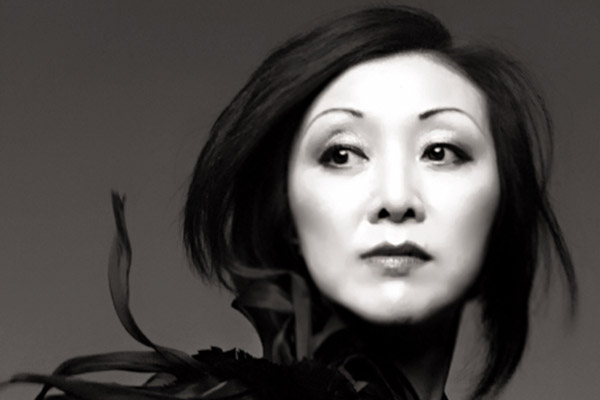 Susan Langdon, a Toronto fashion executive, mentor and educator, was appointed a member of the Order of Canada on Dec. 31, 2020. Photo credit: Ted Belton.

TORONTO — Recent Order of Canada recipient Susan Langdon remembers when the award was introduced for the country’s centennial celebrations in 1967 and what her mother told her about the honour.

“I was a child then, but I do remember my mom saying this is an incredible honour, and wouldn’t it be amazing if a Japanese Canadian was [recognized] with one of Canada’s highest honours,” Langdon tells Nikkei Voice in an interview.

Langdon’s mother, father, and grandparents were interned during the Second World War in New Denver, their homes, property, and rights taken away from them.

“For my parents, they felt really ashamed. They were born here, [yet] all their rights were stripped away from them,” says Langdon. “[My mother] always said if you accomplished this, they would never do this to us again. I could see the pride when she was talking about this honour. I really felt that I’d love to do that for my mother.”

Langdon, a Toronto-born and raised Sansei, was named a member of the Order of Canada on Dec. 31. Her mother, Patricia Ioi, who is now 101, was thrilled when she heard the news. Langdon was recognized for her contributions to the Canadian fashion industry as an executive, mentor, and educator. As executive director of Toronto Fashion Incubator, Langdon has elevated Canadian fashion on the global stage, positively impacting Canadian culture and economy.

Toronto Fashion Incubator is an award-winning non-profit established in 1987. The first fashion incubator of its kind, it inspires, mentors, and educates emerging and established fashion designers and entrepreneurs. Nominated by former mentee Jennifer Ger, creator of Foxy Originals jewelry, Langdon has nurtured over a thousand designers and brands, who have gone on to dress the likes of Meghan Markle and Kate Middleton. Langdon also teaches at Toronto Film School and Ryerson University’s Fashion Design Program. 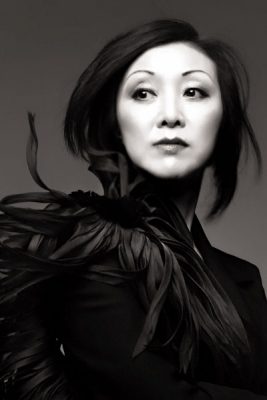 A successful fashion designer in the late 80s, with her label Zakura at Holt Renfrew, Langdon’s love of fashion began at a young age, inspired by her parents. Moving East of the Rockies after the war, her parents relocated to Toronto via Thunder Bay. They worked on Spadina Avenue, her mother as a sample maker and seamstress, and her father as a presser.

Her father saved up and opened a dry-cleaning business on Parliament Street. On Sundays, when the family would go to the Japanese Canadian church on Dovercourt, her father often wanted to stop at the store on the way home. Langdon and her sister would hang out in the store while their father worked in the back. Fascinated by all of the clothes hanging in plastic garment bags, the girls would run through the store, playing peek-a-boo and hide-and-seek.

“Then I noticed there was this stash of what I thought were the most beautiful garments in the world, hanging at the far, far back,” says Langdon. “My dad had told us not to touch anything, but I couldn’t help it. I was really little at the time. I remember lifting the garment bag as much as I could and feeling the fabrics.”

Made of organza, tulle, and taffeta, they were beautiful dresses from the 50s with tiny waists and full skirts, says Langdon. Left and forgotten since the 50s, Langdon wanted to take them home, but her father said someone could come back for them, even years later. But one day, he pulled up to the house in his station wagon, the back filled with the beautiful dresses.

“I thought I died and went to heaven. I think that was one of the happiest days in my life at that time. I remember going through, tearing all the plastic off, and trying things on. Of course, they were too huge, but still, they were so fun for dress-up,” says Langdon.

Langdon remembers all of the other little girls living on the street wanting to come over and play dress-up with her and her sister.

“I realized that these dresses had magical powers, and it wasn’t until I got older that I realized fashion can really have a social influence and a cultural influence on our lives that even children can recognize,” she says.

Learning to sew from her mother, Langdon could make dresses she could wear in public at 10 years old. By high school, she was making her outfits and seeing the social influence and power of fashion. Langdon’s first and only mentor was her grade 10 home economics teacher, Vera Taylor, who told her she wouldn’t learn anything from the class and asked if she wanted to learn how to draft patterns and design her own clothes. After class, they would discuss design, fabrics, and Langdon’s sketches.

“I think Vera Taylor was the only person—maybe even to this day—who took a lot of time voluntarily to share all her knowledge, and the only thing she got out of it was to see me succeed. I’ve never forgotten that. I think it’s part of the reason that I teach,” she says.

Taylor’s mentorship has influenced Langdon’s career and leadership role at TFI, she says. Combined with her background as a fashion designer, the experiences have provided insight for mentoring designers and what they need to succeed, launch and sustain a fashion business.

“We’re not just talking about small, independent start-ups. I have a number of very established businesses who still to this day call me up and ask for advice. I really find that wonderful that they think I’m in the position or have the ability to share my knowledge with them. And if I don’t, then my role is also to connect them with people who may be able to help them out,” says Langdon. 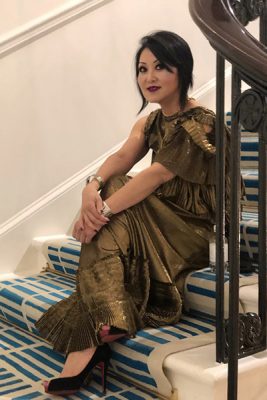 Susan Langdon at Canada House in London, England, for “A Celebration of Canadian Design,” an event to connect Canadian apparel and accessory designers to UK retailers in 2019. Photo credit: KJ Creative.

The pandemic has shown the world can change in an instant, and the fashion industry has suffered because of it, says Langdon. For the past five seasons, Langdon organized an event at the Canada House in London, England, for London Fashion Week. The event is an opportunity for Canadian apparel and accessory designers to meet with and show their line to UK retailers. In February of 2020—shortly before COVID-19 was declared a pandemic—retail buyers began cancelling, slashing their orders, or putting unreasonable terms on their deals, said Langdon.

“I realized that something had to be done; we had to get these Canadian brands in front of not just UK and Canadian retailers, but to a whole global audience,” says Langdon.

“I set a goal of 15 per cent of the brands getting orders, but 43 per cent got orders. It was amazing. Every single brand walked away with new connections with retailers they had never done business with before,” says Langdon.

When Langdon was appointed executive director of TFI in 1994, she became the first woman of a visible minority to hold a leadership role in the Canadian fashion industry. Langdon understands what it is like to be a designer of colour trying to make it in fashion and has experienced racism throughout her life and career, and still experiences it in her work today.

“I’ve had this conversation with my colleagues, there’s a good percentage of mixed cultures at the post-secondary level. Why don’t they make it in fashion?” she says.

Langdon created a free program with TFI, called Fashion Your Future, for racialized youth in Regent Park. The program was a summer boot camp, where youth learned how to launch and run a fashion accessory business. Businesses that came out of the program still exist today, though unfortunately, the program ended when the provincial grant program that provided funding disappeared.

“Having grown up the way I have, all the good and bad experiences, it’s really helped inform me to come up with ideas to help others. Ultimately, really, that’s what I want to do, is help others,” says Langdon.