Tamagocthi 4U hitting stores in Japan on September 27

A new Tamagotchi will be hitting stores in Japan on September 27, according to Bandai.

Called TAMAGOTCHI 4U, the device has NFC (Near Field Communication) functions which helps it communicate with other Tamagotchi’s just by bringing two close together.

Moreover, the new device will be able to communicate with Smart Phones such as iPhone, Sony’s xperia, and so on to download programs through this NFC function.

Bandai is also going to be scattering TOUCH SPOTs, that deliver limited information to Tamagocthi users, around Japan such as cellphone shops, restaurants, and bookstores.

The Tamagotchi’s education system is also getting an upgrade that will require parents of these digital pets to take better care of them. For instance, your Tamagotchi will get heavier and heavier when you feed them, so don’t forget to have them exercise.

Along these lines, the Tamagotchi’s will also have improved personalities, which means if you don’t scold them they’ll walk all over you

As someone who lived through the initial craze, I am not sure whether the Tamagotchi will be a huge hit again, but I think it’s a challenge for Bandai to bring back the Tamagotchi that was part of my childhood. 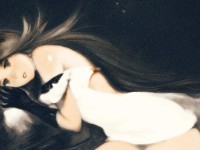 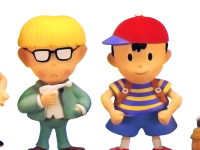