Tashme Project: The past takes to the stage in Montreal 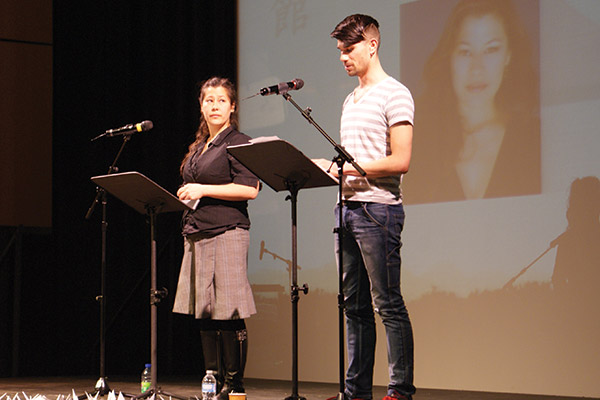 MONTREAL – Julie Tamiko Manning and Matt Miwa could feel the tension as the curtains closed in 2012.

The pair had just performed the Ontario premiere of The Tashme Project: The Living Archives in front of a packed audience at the Japanese Canadian Cultural Centre in Toronto.

Retelling the stories of internment camp residents was pressure enough, but knowing that some of the interviewees were in the audience made it all the more important to get it right.

“I remember being really scared knowing that there were certain people in the audience who had never seen it before,” Julie Tamiko Manning says in an interview with Nikkei Voice from Montreal.

“And then one audience member came up to us afterward and she was so happy to see her story on stage,” Manning says. “It was almost a joy in seeing your life and experiences validated whether good or bad.”

Audiences reacted well to the presentation and now they will be presenting The Tashme Project from May 7 to May 17 at the Montréal, arts interculturels.

Manning and Miwa have been working on the project for over five years and are ready to take it on stage, and possibly on tour.

They are also in the process of changing the layout of the theatre piece with the help of director Mieko Ouchi.

Ouchi is pulling together an elegantly designed atmosphere for the script and as a Sansei she feels like she’s been forever touched by the internment.

“I feel a great responsibility to ensure that the depth and complexities that exist in the expanding ripples of the Japanese Canadian experience are remembered and shared,” Ouchi wrote in a news release.

The multi-generational cast and crew’s project explores the internment experience of over 20 Niseis that were gathered through interviews with community members around Canada.

The Nisei, or the second-generation of Japanese Canadians, were sent to internment camps during the Second World War. Many of them were children at the time and Tashme, being the largest of the camps, became a community in and of itself.

However, talking about the camps remains a difficult subject. The first generation of Japanese Canadians struggled to survive while hiding the reality of what they were facing from their children.

It was understandably hard to even begin to research these stories, but through family and friends Manning and Miwa were able to begin the long process of compiling the stories presented in the play.

Manning and Miwa have been working on the project for over five years to perfect it.

The goal, they say, was to put the stories onto the stage in order to create a dialogue with audiences, especially young Canadians who may not know about the origins of the stories.

“It’s about bringing it into the public sphere in a respectful way,” Miwa says.

“My uncle said it [Tashme] was the biggest and also the most organized camp,” he says. “They were also able to organize baseball and festivals. It was a microcosm of Japanese Canadian culture.”

The crew is currently going back through the script to include more of the history behind the internment. While a well-known story within the community itself, many Canadians do not know the conditions surrounding the events to the script and stories.

“It’s not a well-known story and we can’t gloss over the very basic facts. It’s interesting to go back to that and the first things we learned about the internment,” Manning said. “Those are the sorts of things we’re working into the script.”

Manning and Miwa hope to present The Tashme Project around the country and bring further awareness to the stories they tell on stage.

The theatre piece was created using the interviews of over 20 second generation Japanese Canadians and focuses on their experiences in Tashme, an internment camp within the interior of British Columbia. 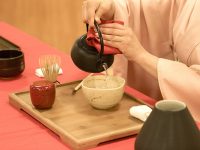 
[…] The Tashme Project is a verbatim play, meaning all of the dialogue is composed nearly word-for-word from Manning and Miwa’s interviews with Niseis. As a result, the play is a raw, authentic portrayal of 35 Niseis’ experiences in Tashme. Using the Niseis’ own words, Manning says they share their joys, triumphs, hardships and tragedies. During their last workshop this summer, while performing one woman’s story, Manning says she could hear the woman’s voice coming out of her. […]