The 41st independence celebration in Okinawa 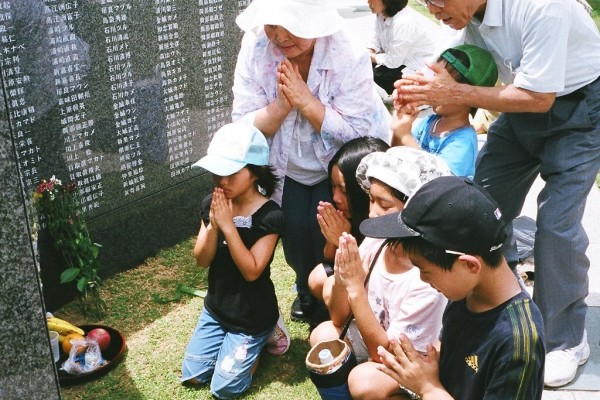 On May 15, 2013, the day of the 41st independence celebration from the U.S., a demonstration was held in Naha, Okinawa. In pouring rain, protesters waved signs that said, “Return Futenma Airport” and “Remove Ospreys”.  There was no feeling of celebration, rather, their anger was intense.

Although Okinawa has a small population of about 1,400,000, over 70% of the American military presence in Japan is located there. The Futenma base, especially, which is located in a dense residential area, has been connected with numerous problems in the past such as a sexual assault on a 12-year-old girl by American soldiers in 1995 and a military helicopter crash in 2004.

Although negotiations to move the United States base have arisen a number of times, there is no settlement in sight yet. In addition, in April of this year, Japan and the United States signed an agreement for the deployment of additional Ospreys, a kind of vertical-take-off-landing aircraft.

The issue is made even more complex by differences in opinion depending on age and position in society. The base creates employment and supports the economy, so there is no strong aversion against it among the young people. A man in his 30’s who worked in a restaurant at the United States base in Okinawa, who now lives in Toronto, said, “Okinawa and the base are a good combination. Our economy is supported by the base and our cultural exchange is moving forward especially among our generation. On the other hand, there is no end to affairs such as sexual assault. Considering the victims, I feel it is really harsh. We need to find a good way to live together. ”

June 23rd is Irei no Hi, a Memorial Day in Okinawa. In 1945, a quarter of the population was killed. This is the only place in Japan where the ground operation involving civilians occurred during the Second World War. On this day when we offer a silent prayer for over 200,000 dead including civilians and soldiers and keep its memory from fading, we should look back our tragic past and listen to their voice carefully.

“The Battle of Okinawa is our unforgettable history which is handed down from generation to generation. Even though over 65 years has passed since the Second World War ended, their wound and sorrow are never healed. Even the sound of fireworks reminds them of the explosion and air attack during the war and make them tremble. It is not minority. They do not want to remember that tragic past, however try to talk about it to us, trembling and sobbing. That is because the tragedy should not be forgotten and should not be happened anymore. Respecting their feeling, we will tell about it to the next generation to keep the memory from fading.” — Yukiko Uehara

The following article appeared in the June Issue of the Nikkei Voice’s Japanese section. It has been reproduced here in English.

Frankly speaking: Will I give talks in the coming year?
January 20, 2020 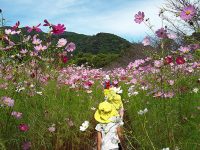 Stories from a mountain town: I am Japanese Canadian
January 16, 2020