The circus comes to Toronto 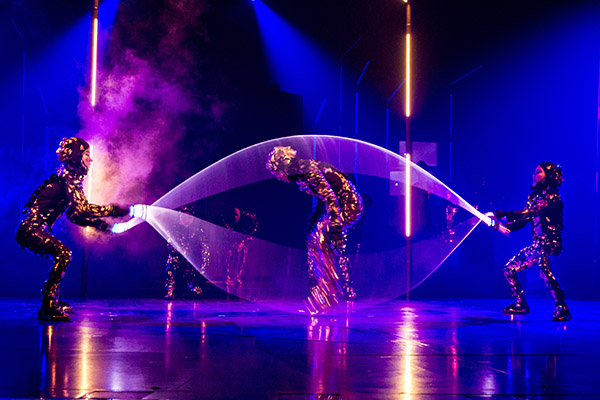 For the first time, Cirque is featuring an act of solely Japanese artists. These five Japanese artists are one of the highlights of the show, performing a double dutch (yes, jump rope) routine.

Though this is not the type of jump rope routine you’d see school children do during recess. The acrobats flip through the ropes, jump off each others shoulders into the spinning ropes and double dutch in handstands.  The act reaches an exciting apex, as the acrobats jump faster and faster until the ropes are spinning so fast they just become blurs.

Nikkei Voice spoke with two of the Japanese artists, married jump rope acrobats, Tsugutaka “Yabi” Yabiku and Tomoko Yabiku. The two talked about performing in VOLTA and working with Cirque, and together as a married couple.

Nikkei Voice: Congratulations on a great premiere show! How do you feel it went?

Tsugutaka “Yabi” Yabiku: I felt energized by the excitement of the audience. Everyone had such big smiles on their faces.

Tomoko Yabiku: The energy from the audience was strong and that energy affects us on-stage. It was a very nice show.

NV: Have you worked with Cirque du Soleil before? How did you start working with Cirque?

Yabi: I auditioned for Cirque du Soleil six years ago and was given a special events contract. I worked on JOYA, the resident show in Mexico’s Mayan Riviera, and now I’m working on VOLTA.

Tomoko: VOLTA is the first Cirque du Soleil show I’ve worked on. I can’t believe it’s already been a year and that I am part of this amazing project! 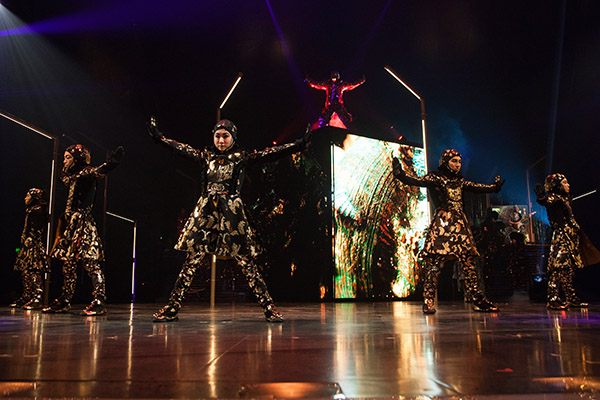 NV: How long have you been doing the jump rope act? What made you decide to do a jump-rope performance?

Yabi: I started jump rope back in 2002 when I was a university student. After a few years, I won first place at the international championships—twice. I then became a street performer where I learned a lot and later auditioned at Cirque du Soleil, using my street performer experience.

Tomoko: I wanted to try something new so I started jump rope seven years ago.

NV: Do you do other types of performances?

Yabi: At Cirque du Soleil’s JOYA I did a variety of other acts including bungee, twirls, baton and dance.

Tomoko: I used to do rhythmic gymnastics and ballet. In VOLTA, I’m doing jump rope as my main act and have dancing parts as well.

NV: What is it like to perform as a married couple?

Yabi: We learn and grow together and support each other. We like to share our joy and make people around us happy.

Tomoko: It’s so hard, but he is a good partner. We understand and support each other through the good times and the bad.

VOLTA runs Sept. 7 to Nov. 26  at the Port Lands in Toronto. For more information, visit: