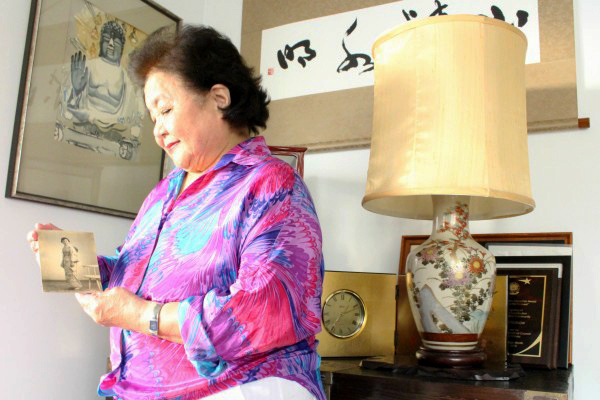 The nerves start kicking in as soon as I enter the elevator.

It’s not every day that I have the chance to speak with someone who has lived through one of the most destructive events in human history, after all.

As ‘Little Boy’ – the first atomic bomb ever used on a population – fell and then exploded 2000 feet above the ground in Hiroshima, Sestuko Thurlow was only 13 years old.

On August 6, the anniversary of the nuclear bomb that was dropped on Hiroshima comes around, and Thurlow says it’s impossible to block out the memories.

“You can’t escape what I experienced 69 years ago,” she says. 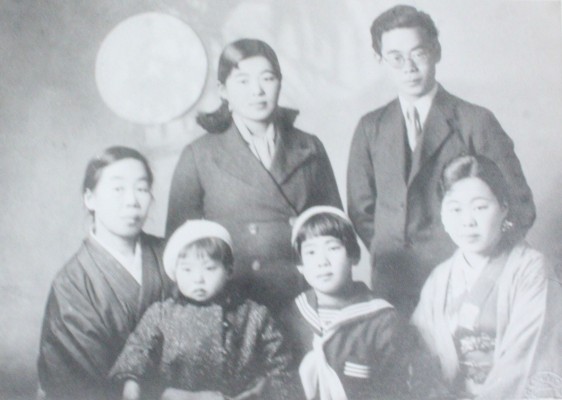 At the time, Japan was losing the war and had to rely on free labour from students.

One week, she worked at a uniform factory making sure all of the buttons were in place, the next at a tobacco plant. On this particular day, it was her first morning at army headquarters decoding messages.

Knowing that there was a war going on, she was happy to be surrounded by her 30 classmates and friends. “I guess we didn’t complain. We were happy to be together even though we weren’t learning.”

That morning inside the headquarters, with the sun shining bright, the girls stood in line and listened to a talk from one of the officers, Major Yanai.

“You’ll prove your loyalty and patriotism to the emperor,” he said.

“Yes sir. We will do our best,” said the girls.

Thurlow, who was 1.8 kilometres from the explosion’s epicentre, saw a bluish white flash that was like a thousand flash bulbs while feeling as if her body was floating in the air.

When she regained consciousness, she was somewhere else. Buried beneath the collapsed building. It was dark, totally silent and she thought to herself, “This is it, I’m faced with death.”

All of a sudden, in the total darkness, someone shook her shoulder, a male voice saying, “Keep pushing, keep moving, keep kicking, I’m trying to free you.”

It was a soldier trying to free Thurlow from the timbers that trapped her beneath the collapsed building.

They both kept moving and finally the soldier freed Thurlow, allowing her to move again.

He told her, “Look girl, you see some sun rays are coming from that direction, crawl towards that quick.”

With the sense of time disappearing, in the darkness that now clouded Hiroshima, she escaped on all fours, crawling towards the light.

Just before the headquarters was out of sight, she turned her head and looked back at the burning building.

“I thought of the girls still in there. Besides me and two other girls, the rest of the people were burnt to death alive.”

Just fifteen minutes prior, the day was once a bright warm summer day. But after the atomic bomb hit, the air became so dark that Thurlow could hardly see.

As her eyes adjusted, she began to see moving objects.

“As they got closer, I realized they must be human beings, but I couldn’t say they were human beings because they simply didn’t look like human beings. Because of the lack of words, they looked like ghosts,” she says.

“Their hair was standing straight up. Some [people] had faces, some didn’t. Parts of their bodies were missing, their face, or torso. People who were burnt, they had their flesh and skin just hanging from the bones.”

Of all the survivors, no one had the psychological strength or ability to scream or yell for help. The silence was spooky. It was something unforgettable.

She remembers the other survivors had only enough energy to shuffle along, like ghosts softly asking for, “water please, water please.”

Another soldier ordered her to go to the hills, so with the other survivors, she joined the ghost-like procession.

On the way to the hills, she had to step over bodies that were either dead or on the very brink. 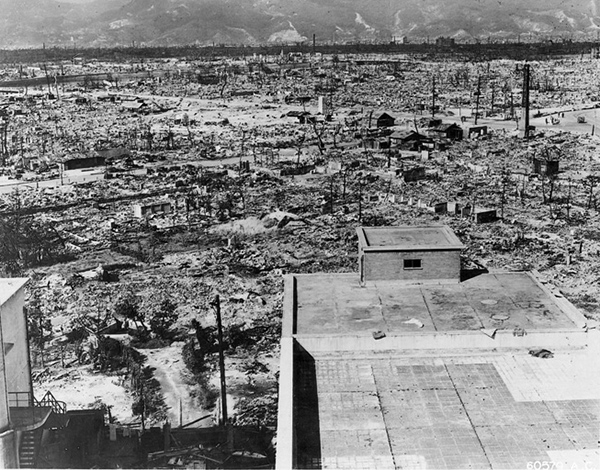 Once she got there, she saw an army training ground that spanned the size of about two football fields.

“It was absolutely packed with dying people, everybody asking, ‘Water please, water please.’ They were so close to death, but they managed to beg for water.”

She and three others went to a nearby stream to wash the blood and dirt off themselves, before she tore off her blouse and soaked it in the water to bring to the more injured people.

“Some people, my gosh, even in that condition they were so polite. They looked at you right in the eyes and said, ‘Thank you so much, thank you.’ This happened all day.”

Once the day turned into night, she sat on the hilltop. “I stayed up all night watching the entire city burn, without feeling anything.”

In the morning, she was reunited with her parents.

Her mother, Shigeno, survived and her father, Benkichi, was fishing out of town for the day when he saw the rising mushroom cloud. He rushed back to the shore and took the train part of the way and walked for hours back into Hiroshima.

When her mother, first saw her older sister, Ayoko, she was so badly burned that she was only able to identify her by seeing her signature hairpin and by hearing her voice.

They stayed at a relative’s house that was near the hilltop where Thurlow was.

“The smell of human flesh was everywhere, it was just terrible. People came by the house asking for, ‘Water please, water please ’”

The soldiers by then had told them not give the dying people water, because they said it would accelerate their death.

Her sister Ayako lived for four nights, and her baby boy, Eiji lived only a few days longer.

“But for me the most awful memory was when they died. Soldiers came around, they dug up a hole in the ground, threw the dead bodies [including her sister and nephew] and they poured gasoline on the bodies, threw a match and with the bamboo poles they kept turning the bodies. I remember just standing there watching, just standing. Not feeling a thing. Just standing.”

This memory haunted her because after all of the horror she had seen, she never shed a single tear.

“I thought to myself, what kind of human being am I? I saw my dear sister being treated like an animal or a bug, or an insect, not a human. In the most cruel grotesque way and yet; I didn’t feel anything, no tears.”

For years, this troubled her. She didn’t tell anybody. Her psyche was damaged. She was ashamed. 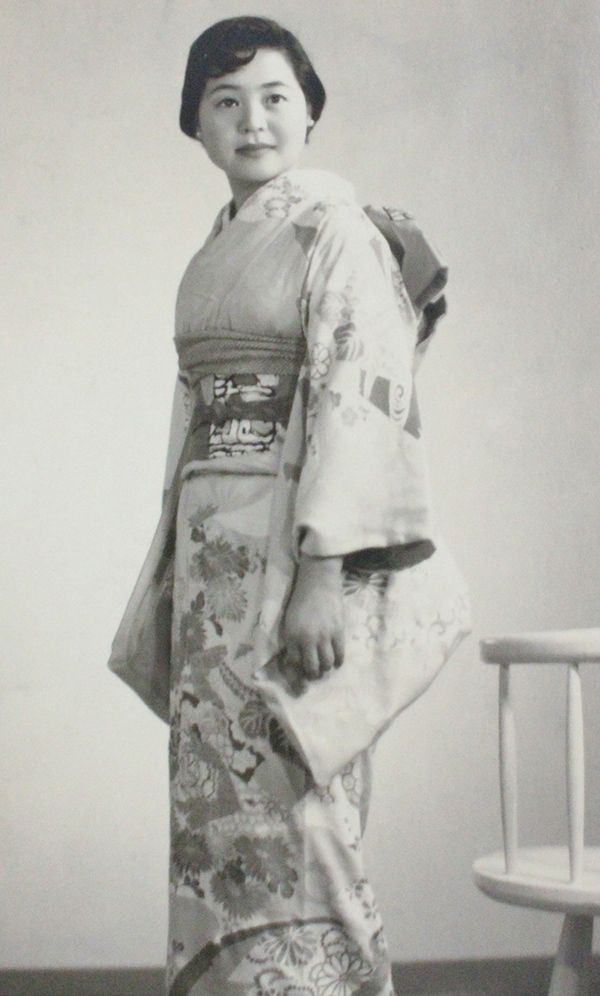 This was the case until she entered university and learned about psychology, particularly Robert Jay Lifton’s theory that the survivors of Hiroshima experienced “psychic numbing,” which explained the blocking of emotions that Thurlow and so many other survivors experienced.

“Until I discovered that, I killed myself thinking that I’m not really human, I had no tears. I’m grateful, that really helped me. And I told him [Lifton] so, when he came to Toronto for an academic convention years ago.”

Thurlow remembers her favourite Uncle and Aunt, who survived the atomic bomb. “We were so happy. We rejoiced with survival. But after 10 days, they started showing purple spots.”

They passed away shortly after.

The rumour spread that if you had purple spots, you were contaminated with radiation, the aftermath of the nuclear bomb and that you would die.

“Every morning, we’d check every part of our body before we’d put clothes on. So you can imagine how anxious we were living each day.”

Thurlow also had some common symptoms, like hair loss, internal bleeding and bleeding from the gums, but she was protected because of the military building she was in at the time.

Moving on from the sea of rubble that her beloved home of Hiroshima had become, she’s dedicated her life to helping others.

Since 1962, she has been a resident of Canada and she founded Japanese Family Services.

Thurlow, who went on to become a social worker, saw the lack of support for Japanese-Canadians and did this work for 10 years before devoting her life to working towards the disarmament of nuclear weapons.

She’s been engaged in public speaking and at international peace conventions for decades now, shedding light on and humanizing the horrors that the world’s current 16,000 nuclear weapons are capable of. 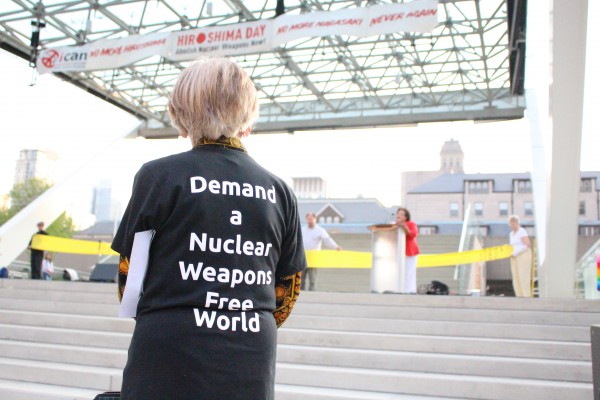 “We have to be smart enough to not let that happen again. It makes me more determined than ever that I have more work to do, I’m advancing in age, but I can’t die yet. I have a lot more work to do before I go. I’ve kept working up to this moment and I’d like to keep doing that until my very last breath,” she says.

“I hope humanity will win.”

Featured image: Setsuko Thurlow looking at a photo from her childhood. Luke Galati for Nikkei Voice.

An image of the aftermath in Hiroshima. Courtesy Wikimedia Commons (Public domain).


[…] advancing in age, but I can’t die yet,” Setsuko Thurlow told Nikkei Voice last year. “I have a lot more work to do before I go. I’ve kept working up to this moment and […]