The Eternal Zero Review – Rethinking the motivations of Kamikaze pilots 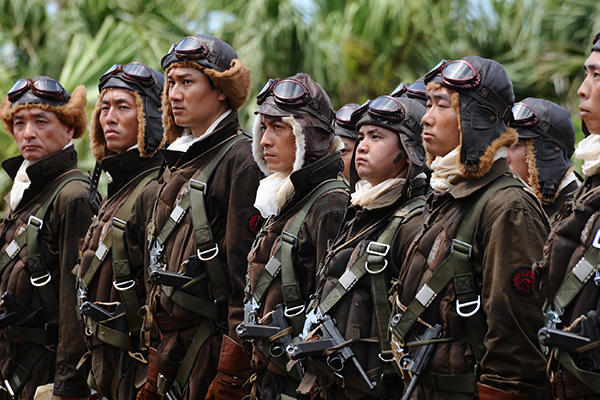 Who were the Kamikaze corps? In Japan and North American, many might be familiar with this special air force unit organized by the Empire of Japan during the Second World War.

As the war got worse for the Japanese side, the Kamikaze corps were created to use suicide attacks to hit enemy targets. It was an effective strategy, but it was a move that meant certain death.

The Eternal Zero is an adaptation of Japanese novelist Naoki Hyakuta’s book of the same name. The novel was read mainly by people in their 60s and 70s, but younger people started hearing about the book.

Kyuzo Miyabe (Junichi Okada) is a member of Japan’s air force. He is a pilot and has magnificent piloting skills; however, he has always prioritized coming back from battlefield alive, so the other members of the airforce say is a coward.

After flying many missions, he became a teacher who helped user in new younger generations how to fly the Zeros and ultimately how to be Kamikaze pilots. However, as the war gets worse he’s enlisted into the corps and dies during an attack.

In the film, Kentaro (Haruma Miura) and his sister Keiko, a freelance writer for a magazine, search for information about their grandfather. Kentaro’s sister asked to him to follow along while she writes this article and they soon realize that there was a big love story between Kyuzo and his wife Matsuno Miyabe (Mao Inoue).

Kentaro’s character is the same age as I am, and so too were the many Kamikaze pilots who flew their planes into enemy targets.

A member of the Kamikaze has to die. Even a narrow escape from death is not permitted. When I saw that had to get on these planes, I felt a sentimentality that is difficult to express in words.

If you watch the film, you will realize that the pilots not only went to war for patriotism, but also for their wives, girlfriends, parents and so on who they love.

The actors portray the characters well and they certainly kept the period from which they are from in mind within their roles.

Kyuzo’s expression in the last scene of the film when he gets into the Zero plane is a perfect example of this understanding.

During his time as an instructor, he saw many members fly off to their deaths, which broke him emotionally. When he becomes a Kamikaze pilot, he seems resolved in his choice with no hint of sadness in him. He almost looks elated to be a piloting a Zero to his death.

The film’s actors stir the audience’s hearts, and after the film I realized again the importance of people, relationships, and being earnest to those around you. We should look into the future. Don’t look back, look forward.

We mustn’t forget about the Second World War and must hand its history down to younger generations. Though The Eternal Zero is sad, if you have opportunity you should watch it at least once.