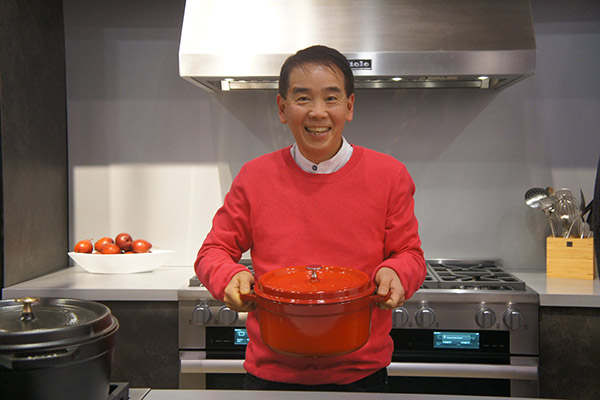 TORONTO — For author John Ota, the kitchen is the most important room in a house. It is the heart of the home. Some of Ota’s fondest childhood memories were in his mother’s kitchen. An avid home cook, he and his wife, Fran, love to entertain in their kitchen. 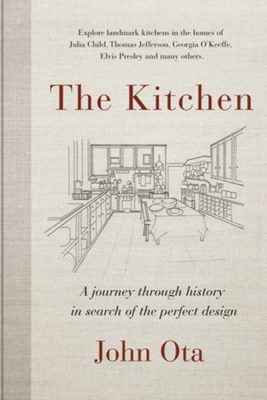 The cover of John Ota’s book, “The Kitchen,” which will be released Feb. 25.

But Ota’s current kitchen leaves a lot to be desired. Minimal, sleek and modern in design, it is also cramped and awkward, and just is not a joy to cook in, says Ota. So Ota set out on a quest, to find and be inspired by the greatest kitchens in North American history and apply those ideas into his own kitchen renovation.

“I tend to be obsessive. Before we start [renovating], I want to find out everything about the kitchen,” Ota told Nikkei Voice in an interview.

As a result, four years and numerous kitchens later, Ota wrote, The Kitchen. The book explores different kitchens from North American history, and shares the origins and evolution of kitchen appliances and architecture and cooking in his search for the perfect kitchen.

Ota’s love of cooking and entertaining came from his mother. A Nisei born in Vancouver, she moved in Montreal after the war. She was determined that her three sons would learn to cook, says Ota.

“The book is very much a result of my mom, because my mom loved to cook and entertain and spend time in the kitchen,” says Ota. “She used to wag her finger at me and say, ‘I never want you boys to rely on your wives to cook.’ So as a result, I like to cook and my brothers like to cook.”

In the search for the perfect kitchen, Ota wanted to start to at the beginning, with a pilgrim kitchen from 1627, in Plymouth, Mass. He also visited notable kitchens such as that of Thomas Jefferson, Georgia O’Keefe, Louis Armstrong and Elvis Presley. The kitchens were part of historic houses, museums or even homes still lived-in. When possible, Ota would cook a meal significant to that time or person in that kitchen. In the pilgrim kitchen, Ota cooked roasted quail over the fire and fried pumpkin. He spent a starstruck morning in at the Kentuck Knob, a kitchen designed by his architectural idol, Frank Lloyd Wright, where he made a Baked Alaska with original 1950s appliances. 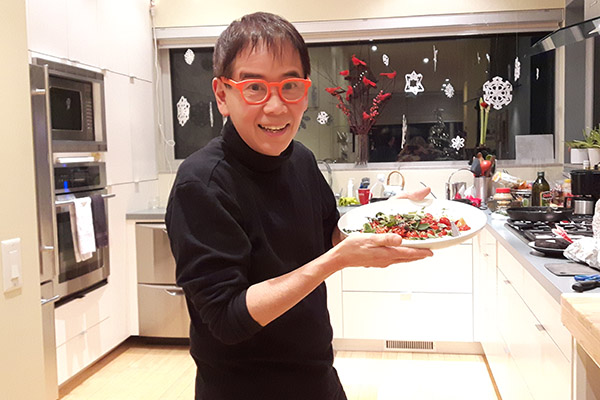 Author John Ota in the kitchen of his home in Toronto.

One kitchen Ota knew he had to visit to truly find the perfect kitchen was that of famous chef Julia Child. Ota’s mother was a huge fan of Child and her tv programs. After his mother passed away in 2011, he found her favourite cookbooks, including Child’s The French Chef Cookbook, well worn and loved, with stained pages and with elastic bands holding it together.

Ota hunted down Child’s old home, the little house on Irving Street, in Cambridge, Mass. The home belongs to new owners and is still lived in today, but Child’s actual kitchen, where she filmed her last three tv programmes, was donated to the Smithsonian Museum in Washington, D.C. Not knowing what to expect, he booked a ticket to Washington, headed to the museum. When he arrived, his jaw dropped.

“I didn’t know what to expect at all, I thought it would be kind of a clean, sleek television set,” says Ota. “And when you get there, it’s a complete mess.”

Pots, kitchen utensils and gadgets hang from all of the walls. Spices, oils and aluminum containers of dried goods clutter the counters. Knives are stuck to magnetic boards on the wall, and a modest wooden table with a plastic yellow tablecloth sits in the kitchen. But what took Ota’s breath away was how much it looked like his mother’s kitchen. The containers on the counters, the garbage bin in the middle of the kitchen and even the same red and white tea towel hanging on the oven door were just like his mother’s kitchen, says Ota.

“It was very emotional. It was completely unexpected. I had no idea it was going to look like that,” says Ota. 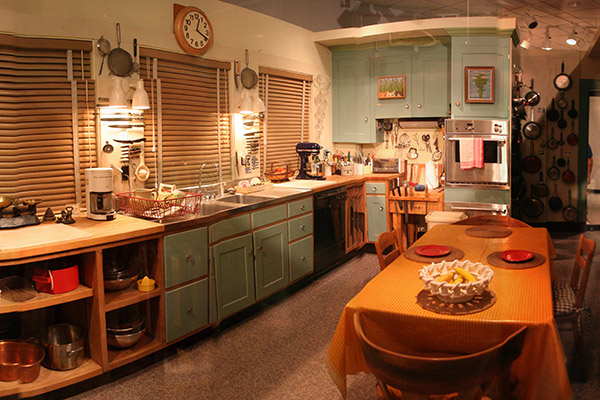 The longer Ota looked at Julia’s kitchen, spending hours in the museum exhibit, he began to see that the kitchen wasn’t really messy. Everything had a place, the pans hanging on the wall had outlines in black marker, oils and vinegars were close to the stove for easy access while cooking, knives on the wall were ordered smallest to largest. Unglamorous, but homey and designed and arranged completely for functionality, Julia Child’s kitchen was that of a person who loves to cook, says Ota.

“That’s the way my mom’s kitchen was. My mom loved to cook, we had stuff all over the place, just like this,” says Ota. “I really kind of changed after I saw this kitchen. What I learned in any kitchen is you should have things within a two foot reach, and I learned that from [Julia].”

In finding and discovering Julia’s kitchen, Ota rediscovered his mother’s kitchen. By going back to the beginning, and really looking at the kitchen, the history of the appliances, utensils and architecture, Ota says he is looking for a better understanding and appreciation for cooking. He hopes his book will spark, reignite or reinforce readers’ appreciation of the kitchen, that they will love cooking, like Julia did, and like his mom did.

“That whole process, that whole appreciation of cooking is lost, and that love, the love of cooking and spending a lot of time on something, and making something for someone you love is gone, it’s just sort of a chore or check mark,” says Ota. “That’s really overall goal of the book, to help people understand their food and their kitchen and eating and have a greater appreciation for that, so it’s not just a check mark.”

Join John Ota for the launch of his book, The Kitchen on Tuesday, February 25 at 6 p.m. at Ben McNally Books. To RSVP and for more information, visit here.

The Kitchen, $30, will be available at most major book retailers after February 25. For more information, visit here. 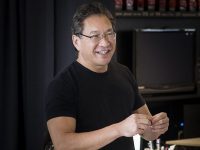