The Kimono Fashion Show coming to Otakuthon in Montreal 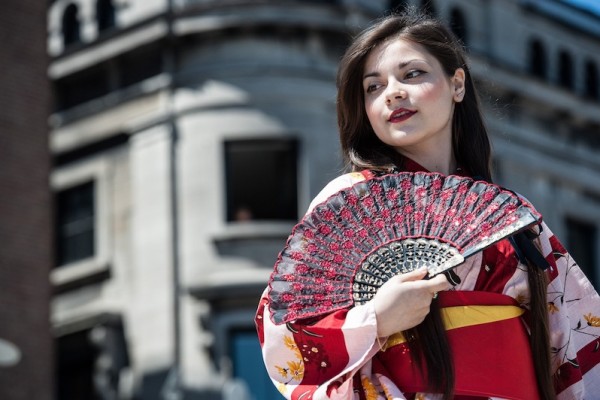 By Kaori Fujishima and Riku Kaneko

While Montreal’s Otakuthon might be well known for anime, manga, and cosplay, it’s also known for its exhibition of traditional Japanese fashion.

The Kimono Fashion Show is run by a group of Montreal-based fashion community members from Pointe à Callière Museum. For the past few years they have been exhibiting their works at Otakuton and this year another show will take place at the Palais des congrès de Montréal on August 18th.

The show features fashion created by Quebec Designer, Anne de Shalla who designs Kimonos and Yukatas. As well, the Japanese Consulate in Montreal has provided official support to the show and Shokokai has also decided to sponsor their activities.

According to a press release, the show is meant to develop greater awareness of Japanese fashion “Kimono” to Montreal citizens and the visitors of Otakuthon. The show is the largest anime convention in Quebec and the show will be held at 4:30 p.m. on August 18th.

The Yukata is a casual Kimono made of cotton and worn usually during summer or after taking a bath at a Ryokan, a Japanese-style inn. In contrast, a Kimono is made of mainly silk or wool, is worn at special occasions such as weddings, New Years, coming of age celebration, and graduations. That’s why a Yukata is lower price than a Kimono. The price of a Yukata is $50 or more, whereas the price of a Kimono is $500 or more. More so than the Yukata, the Kimono has a wide ofrange of prices with an expensive Kimono costing upwards $50,000. 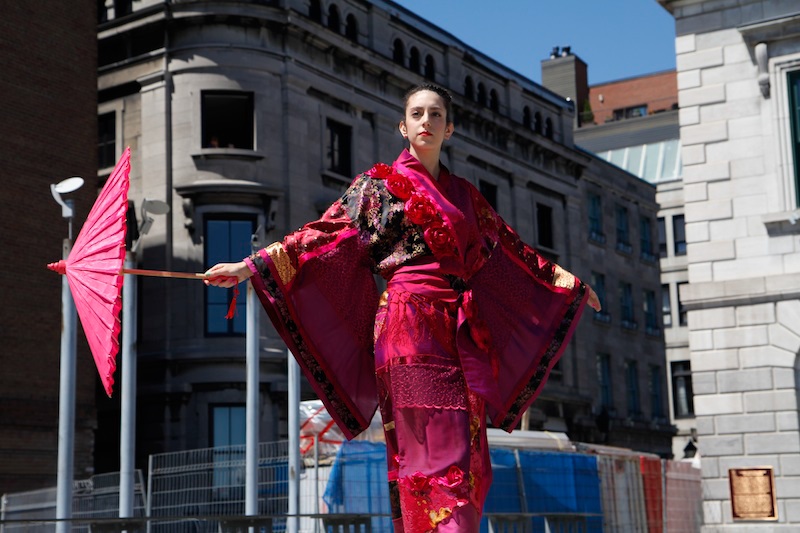 The Kimono designed by Anne de Shalla in the show are varied in style from traditional pieces to westernized pieces which have sewn frills. The Kimono is fast becoming a fashion trend that extends far outside its place of birth Japan. There are styles of Kimono that have sewn-on frills and lace like Anne’s designs, short length of Kimono, and also two-piece Kimonos one for a one-piece dress and one for a jacket.

It is difficult to put on and also to wear a traditional Kimono, so companies have begun to create new kinds that are meant to ease people new to the style and help them feel more familiar with how they fit. It’s also a style that’s popular with children in both Japan and the West who want to wear something functional and light.