The world’s oldest man is Japanese and 111-years-old 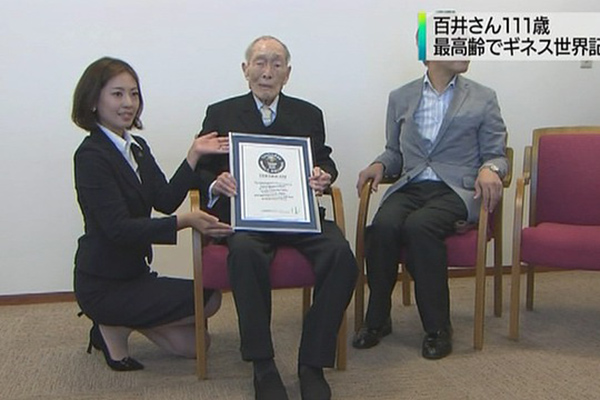 Sakari Momoi is 111 years old and now certified by the Guinness World Records officials as the world’s oldest man.

Born on February 5, 1903, Momoi became a chemistry teacher in Fukushima and post World World II became a high school principal in Saitama Prefectures until he retired, according to NHK World.

Officials visited him in a care home in Tokyo and presented him with the certificate.

Japan now boasts, along with having the oldest man in the world, being the home country of the world’s oldest woman and world’s oldest human, 116-year-old Osaka resident Misao Okawa.

Momoi told reporters he hopes to live another 2 years, but wouldn’t give up any secrets to his longevity. Facility officials say he eats regular meals and leads a very punctual life.