“This is Kenta world”, Teppan Kenta on Wellesley in Toronto 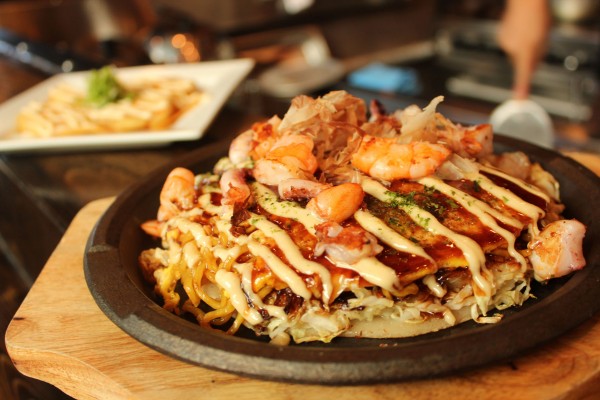 “Teppan Kenta” is a Japanese Teppanyaki restaurant in Toronto that opened on September 5th, 2013, and the restaurant’s popularity is skyrocketing with Torontonians.

For those who don’t know, Teppanyaki is a style of Japanese cooking that involves using a iron skillet to cook everything from steak, shrimp, okonomiyaki, and yakisoba. It’s a fiery and lively style of cooking.

Kenta Taniguchi is the owner of Teppan Kenta. Kenta studied at a vocational college of cookery in Japan and after he graduated from the college, and worked as a chef in a hotel who specialized making Chinese food. Kenta learned about the Teppanyaki business through working at an Izakaya restaurant in Japan, and has been enthralled by it ever since.

Just four years ago, he left Japan to Toronto. He worked at Izakaya Japanese Restaurant even after he left Japan and finally he opened his own restaurant here in the city. Kenta worked only in the Food & Beverage industry whole his life, and immigrated to Toronto to open his dream restaurant. His restaurant main concept is, “Kenta World”. He never compromised about food, menu, and interior until he could fulfill his satisfaction. Usually when people open restaurants overseas, they change the taste from original dish for local people. 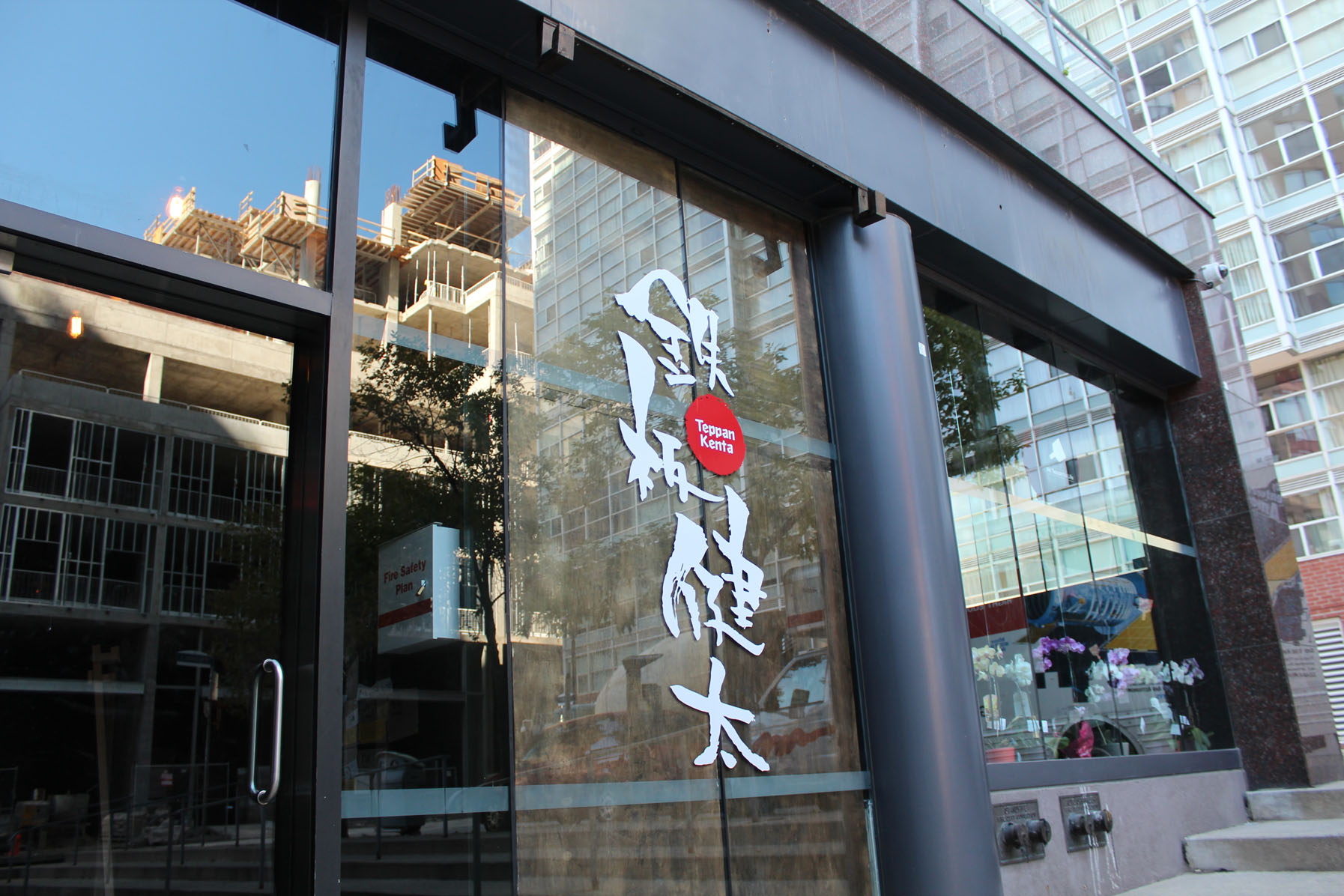 However, Kenta didn’t do that. Kenta trusts whatever he thought it is great, and wanted his customers to have all dishes he has a confident. As he wants to make every customers to feel they want to comes back again and again to his restaurant, he always prepare daily specials besides regular food menu. He is putting all his passion to Teppan Kenta’s dishes.

Kenta suggested us Hiroshima-style Okonomiyaki (Japanese pancake) the best. That was quite filling and juicy, and tastes exactly like I feel I came back to Japan. If you hear Teppanyaki style steak house, it sounds very expensive and not really easy place to go for dinner. But Teppan Kenta is offering reasonable prices and casual atmosphere for making customers feel comfortable to come in.

Be sure to read our full review in our November issue of Nikkei Voice, but until then please take a look at our image gallery of all the different kinds of food at Teppan Kenta.