Titanic survivor Masabumi Hosono to have memoirs on display in Yokohama 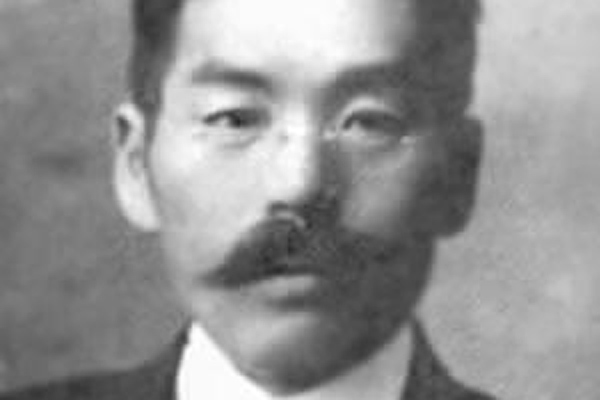 TOKYO — The memoirs of Masabumi Hosono, the sole Japanese survivor of the Titanic that sunk in 1912, will be on display at a Yokohama museum, according to Japan Today.

Starting April 19, Hosono’s memoirs will be on display at the Yokohama Minato Museum as part of the museum’s special “Treasures collection” that celebrates 25 years since the institution’s opening.

In 1912, Hosono, 42, was working for the Japanese Minister of Transportation in Europe. Completing his work studying the railway systems there, he planned to return to Japan via America. Only 703 passengers survived the disaster, and he was among them.

As the sole Japanese survivor, Hosono was vilified by the public, press, and government for saving himself instead of going down with the ship. Some argued that his survival meant that a woman and child had died in his place as women and children received first priority for lifeboats. He died in 1939, broke and in obscurity.

“On the pages of Hosono’s memoirs is written detailed accounts of both the ship’s collision with an iceberg, and his escape,” reads a statement on the museum’s website.

In 1997, James Cameron’s Titanic renewned interest in his story and a letter – and sole surviving piece of stationary on the ship – was discovered. In it, he expressed his disgrace at being a survivor of the Titanic disaster and has since helped restore his name. His grandson, Haruomi Hosono who is well-known for his part in bands Yellow Magic Orchestra and Happy End said he hoped to express the other side of his grandfather that everyone seemed to ignore. 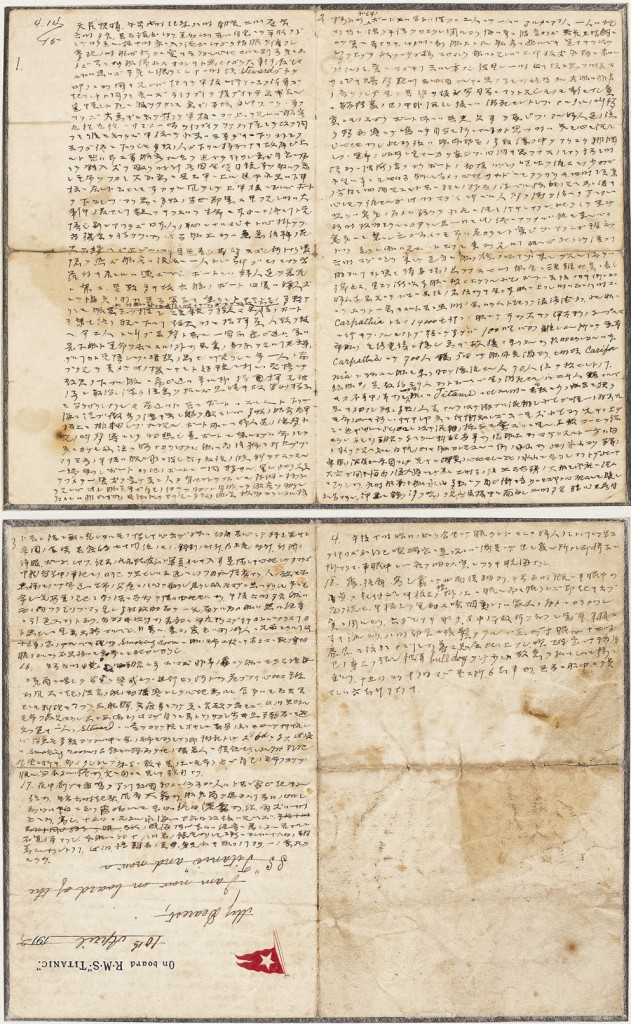 Seen here is an excerpt from his journal entries.

“Honor has been restored to the Hosonos,” he said to People magazine in 1998. “[My grandfather] never admitted his feelings publicly… A samurai would not do that.”

On her maiden voyage, the RMS Titanic was set to carry over 2,223 people on a journey from Southampton, UK to New York City. As the largest of three vessels operated by White Star Line, it was thought to be an invincible vessel, but she sank after hitting an iceberg in the North Atlantic Ocean.

The demographics of the Titantic were actually quite varied with Spanish, Uruguayan, Italian, and German passengers making up part of the passenger manifest. However, a single Japanese passenger was on board the vessel as it took off.

These artifacts will remain on display until May 18.

Below is a great interview from Metropolis.co.jp with Yuriko Hosono, his daughter:

A Q&A with Masabumi Hosono’s daughter

I would like to remember him as an honest and diligent man of the Meiji Period who suffered the rest of his life for making a life-or-death decision to survive.

What do you want people to learn from his story?

To make a quick decision and act in case of emergencies.

Shy, active, loving of his family, reserved, and diligent.

Did he talk a lot about his experience?

He apparently didn’t talk much about his experiences. I was born after my grandfather passed away, but one can assume that he didn’t because he was a reserved person and was abashed by the public and media.

Did the experience change his life?

He was financially troubled since he had to quit his job at the railroad and had to support his wife and six children. When he got a job again at the railroad, he worked quietly so as not to be noticed.

Does knowing about his experience influence your life?

My father Hideo [Hosono’s second son] attended the same university and majored in the same department as his father. Out of the six children, he was the only one active in clearing his own father’s name. My father collected various sources and spoke about it whenever he could. My mother did not want to talk about it since she couldn’t stand the slander. When I was young, my sisters and I weren’t supportive of my father’s activities. It was an issue we’d rather ignore and forget about. However, today, I feel bad I wasn’t more understanding. My cousins weren’t interested in this topic either.

Are you afraid of traveling on boats?

Not at all. I think I take after my father and my grandfather who both liked vehicles.

Has your view of your grandfather changed during your life?

I must admit that I also used to think that my grandfather should have sacrificed his life for women and children and died honorably. However, I think differently today. The shipping company and the captain were the ones responsible for the Titanic incident. The passengers were not. In my opinion, it’s bizarre that the captain who sank with the ship is remembered as a hero and a passenger who was lucky to get on the lifeboat was criticized for his actions and survival.