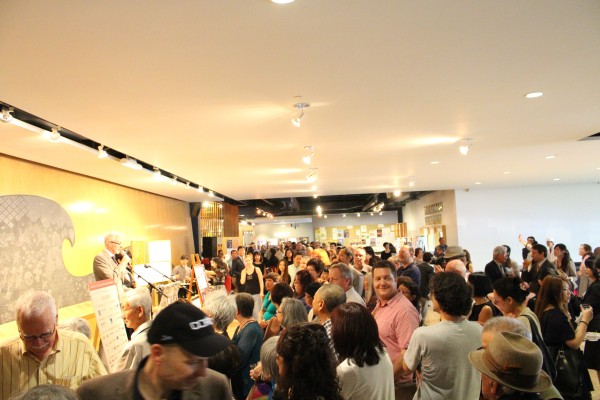 The Toronto Japanese Film Festival is back and bigger than ever.

For the next 15 days, the Japanese Canadian Cultural Centre will host the festival’s wide range of Japanese film from modern samurai flicks to the most visually stunning anime.

When the lineup on the opening night extended down the hall and around two corners, some festival organizers began to speculate that this would not only be the festival’s best turn out to date, but a sign it could become the largest Japanese film festival in all of North America.

“We have a bigger lineup, even bigger guests this year than ever before,” James Heron, festival director and executive director of the JCCC, said. 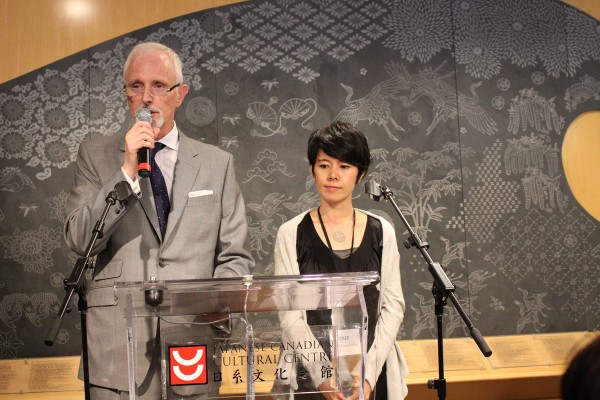 Thursday June 12 marked opening night and featured a gala catered by renowned Japanese restaurant Kaiseki Yu-zen Hashimoto. There was sake and beer tastings before the main event, the Canadian premiere of A Tale of Samurai Cooking – a True Love Story by director Yuzo Asahara.

To help create a genuine atmosphere, guests were greeted by two young women in elaborate blue, silk kimonos who bowed to welcome guests. The women set the mood for the event, bringing smiles to the faces of everyone who entered the building.

Beyond them was a red carpet with a camera man snapping photos of everyone who wanted a keepsake and to feel like a star. 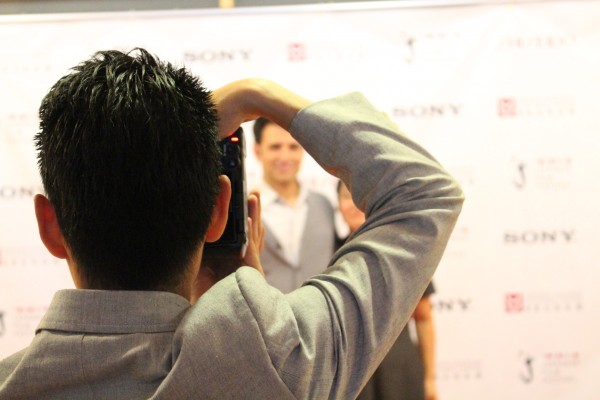 The event drew a sold out crowd, with many waiting in line to buy rush tickets.

“I hope I get in,” Sue Nakamura, 74, joked while waiting to buy her ticket.

She felt that people were excited for the movie, but equally excited for, as she put it, “the free food and drinks.” She’s come to all three years of the festival and hopes that, like last year, she will be able to see five films, which is a quarter of the films playing. 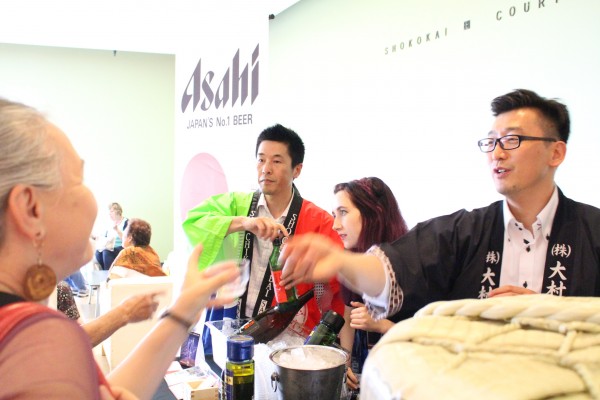 For married couple, Janice Stadermann-Elder and her husband Markus, the decision to come back time and time again to the TJCFF comes down to the selection of films and the welcoming environment of the Japanese community.

“We’re fans of Japanese cinema and this is a nice venue, plus Mr. Heron seems to be very informed on which movies are hot in Japan,” Janice said.

“This is often one of the only chances to see [Japanese movies] and we generally find they make great choices in the films they show,” Markus said.

Shane Lukas, a big movie fan and first time attendee of the event, said, “It’s nice not having to go to Japan to see one of these movies.”

The Consul-General of Japan, Eiiji Yamamoto also attended and was ecstatic with the festival’s turnout, which has grown annually.

“It’s thrilling to see the enthusiasm of the community for Japanese film,” he said.

He hopes the event will continue to expand and more actors and directors will come to Toronto to attend next year’s event.

Jean Lee, volunteer and Chinese-Canadian, now feels at home at the JCCC.

“It’s a very nice place to be, everything they do, they’re celebrating a certain aspect of their culture and are very open to others,” Lee said.

During her time at the JCCC, she described the Japanese Canadian community as “patient,” teaching her how to make sushi, traditional decorations, and, for her, it was a no-brainer to give back to the community that has given her so much.

The event will wrap up with the North American Premiere of The Snow White Murder Case, with the film’s director, Yoshihiro Nakamura in attendance who will take questions after the movie.

If you want to learn more about the event, here’s the Toronto Japanese Film Festival’s 2014 Programme: http://jccc.on.ca/torontojff/?page_id=857 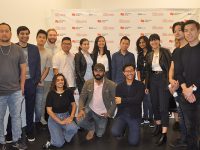 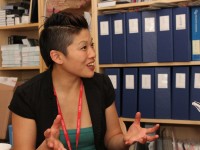 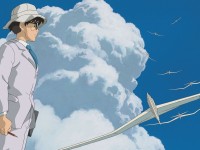